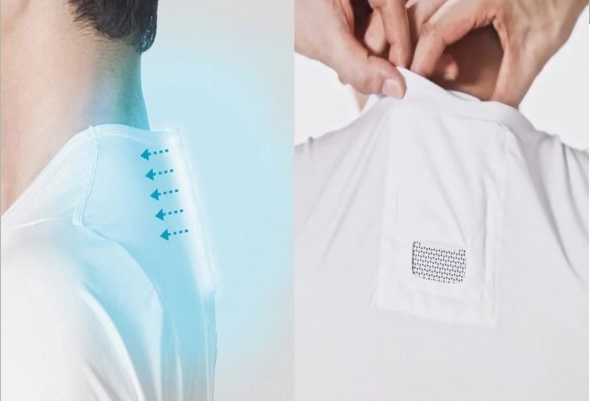 By all time, Environmental Experts are concern about the Earth temperature. European Countries UK, France, Germany, Netherlands are feeling heat waves in 2019 Summer. To Feeling Cool, Sony will be delivering Pocket air conditioner. Some part of the US, People are feeling heatwave in recent week.

“Looking For Alaska”: Will Become a Hulu Series Now

Reon Pocket you can wear. Sony has taken part in the First Flight acceleration program in Japan, and there mini AC is crowdfunded. It is available for US people after launching from Japan. If you will going to cheering up players in Tokyo 202o Summer Olympics, and then it will be going to be released on March 2020. At that time you can keep cool yourself with using Reon Pocket.

How will it work?

According to Sony, Mini AC is a Battery Powered Device. The device is running around 90 minutes, and it takes 2 hours for the recharge again. So, We can say it a drawback of the Device. While launch timing, By using a smartphone app, you can control personal AC, But after some time sony wants to make it autonomous.

If you guess like this is work like Building AC, then it won’t, It is mounted the body and then it will give you cooling air with Peltier effect. The device is used electric current, the device generates cooling air, and it is transferring between two heat-affected objects.

Hannah Brown disclose about her & Peter Weber: Was it Publicity for The Bachelorette Finale Part 2

You don’t have to change your shirt size, and you can select it from Small, Medium and Large. When you wear Reon Pocket at the back of the shirt, Nobody will notice this. Also, you can put it in your shirt pocket, and Sony promises the 23 degrees cooler than the actual environment.

Reon Pocket – The Wearable Air Conditioner is going to be a revolutionary in Personal Cooling Technology, and Sony Promises compromised and bottleneck product features.

Waiting for iPhone 11 & 5G Technology in it, Lookout before here

After a successful launch and decent sell of the product. Sony Company will be making an eye on freezable underwear for men, freezable bra inserts because it will create a demand to overcome heatwave.