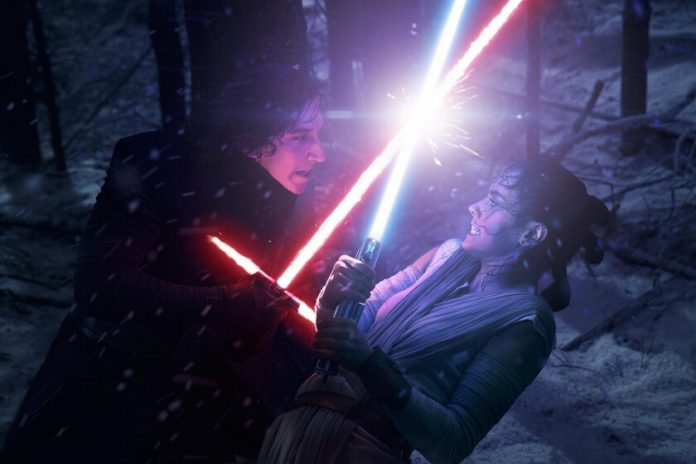 The quintessential item of the films of the Star Wars Universe, the coveted object of the fans of the saga, the lightsaber. As long as it has been with us for decades through movies, Disney has not yet created a real that really works like the ones in the movies. Although that could change soon, they have confirmed that they are developing a real one and retractable.

It all started a few days ago when on April 8 the president of Disney Parks, Josh D’Amaro, ended a presentation by taking a retractable lightsaber. There is no evidence of it on video or images, although yes a confirmation by one of those responsible for Disney that the saber, indeed, is real.

From patent to reality

The idea actually comes from years ago. The existence of a Disney patent has been known for some time in which they show the idea of ​​a retractable lightsaber. In this Disney patent shows how they would craft a saber of this style and while the concept is relatively simple, making it a reality doesn’t seem like it is. 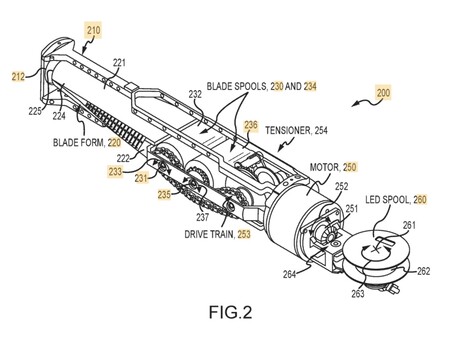 According to the patent, the lightsaber would open and close thanks to a kind of roll-up tape. In fact, they refer to the roll-up measuring tapes. To this is added an LED or light strip that is responsible for illuminating the saber once it is open. Outcome? A retractable lightsaber. Now it just needs to work and open and close at the speed of light (literally).

Although the images are not entirely descriptive in the patent to understand how it works, there are those who have been in charge of bringing us a better visualization of the idea. Developer Ben Ridout published a 3d animation in which we see how the saber is opened using … yes, two roll-up measuring tapes:

It won’t melt through metal blast doors, or cut off your hand, but it does feature an illuminated blade that will extend and retract at the push of a button.

This animation shows the concept behind the tech. pic.twitter.com/e7fwP06CxF

Further, the saber would have a kind of flexible plastic tube that would come out of the perimeter of the saber to cover the entire internal mechanism. In another animation we can see how the saber opens to get out this tube:

Next, widen the tapes and increase the curve, allowing them to partially wrap around each other and form a complete cylinder. Drive this system with a motor so both reels can be extended and retracted in synch at the push of a button. Now, you’ve got a lightsaber! pic.twitter.com/B3lLMmclDN

Ben Ridout mentions that while the animations are slow, it is made this way in order to make the patent easier to understand. But the patent itself presupposes a much faster saber, the patent describes that the saber would open up to 60 centimeters in a second.

The lightsaber in ‘Star Wars’ had its origin in a photographic camera and for a long time It has been tried to simulate in real life with its pluses and minuses. Disney has been mulling over the idea of ​​a lightsaber for a few years. In a previous patent they showed a lightsaber capable of deflecting light. Meanwhile, in France it is even an official sport to fight with them.