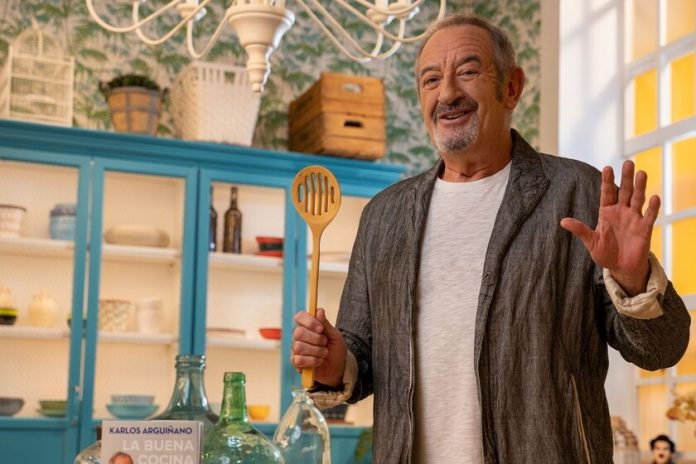 I think that few faces are as recognizable on television as that of Karlos Arguiñano. The Most media chef has been awarded the 2021 National Television Award, laurel that each year rewards a professional for his excellence in the field during the previous year or for his career.

The jury has highlighted with this award the sustained continuity of the chef’s television career, one of the pioneers of the gastronomic genre on national television. Not surprisingly, he has been filling Spanish kitchens with his recipes for thirty uninterrupted years.

According to the jury, this award comes to:

«Recognize in the creative personality of the winner the sustained continuity of a complete career in the field of television, with special relevance in the consolidation and consolidation of a genre that brings together television, gastronomy and culture. His contribution to the creation of loyal audiences means a decisive boost to gastronomy as a cultural sector »

The jury has been chaired by Adriana Moscoso del Prado and has counted as members María Casado as the current president of the Television Academy and Andreu Buenafuente as the winner in the previous edition, among other professionals from the union. The award is awarded by the Ministry of Culture and Sports and is endowed with 30,000 euros.

A magnificent news for lovers and passionate about gastronomy since probably without the phenomenon that Arguiñano supposed at the time, the cooking genre on television would have taken longer to permeate Spanish audiences.