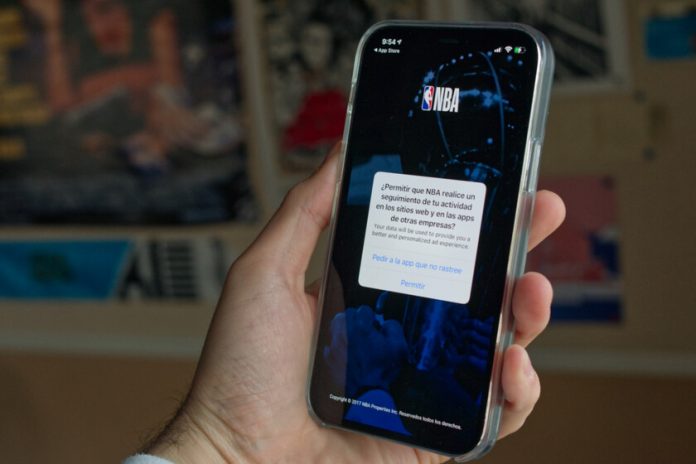 As planned, iOS 14.5 is already among us. The new version of the iPhone operating system can now be downloaded and includes, among other new features, a face unlock system with a mask using the Apple Watch, the choice of the default music service, compatibility with AirTags and a function that has not been uncontroversial status: App Tracking Transparency.

In short, App Tracking Transparency serves so that the user can decide if he wants the applications installed on his mobile track your activity in other applications and websites in order to show targeted advertising. Here we show you how it is activated and what implications it has.

With the arrival of iOS 14.5, iPadOS 14.5 and tvOS 14.5, application developers will have to receive explicit consent from the user through the framework App Tracking Transparency to track them or access the device’s advertising identifier. 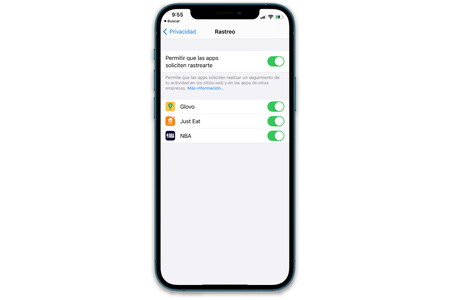 With this function, apps will not be able to track our activity outside of the app itself

This is the most technical way to understand it, but the simplest is that, if we deny permission, Instagram will not be able to track our activity outside of Instagram to teach us segmented advertising according to what we have been seeing. If we search for “chainsaw” in a search engine or look at furniture in the IKEA app, Instagram could use that data to show us advertising about chainsaw or furniture. If we deny your permission, you will not be able to do so.

The developer not only has to implement this framework in his application, but also you should include an explanation as to why you would like to track the user. Unless the user himself gives his permission, the value of the device’s advertising identifier will be all zeros and the app will not be able to track it. This functionality cannot be blocked and it can’t be incentivized either users to activate tracking, although as we said before, it is possible to explain to users why the app wants to track them, as long as the developer “is transparent”.

What’s more, the Apple Developer Program License Agreement covers the user’s back well, as prevents apps from using fingerprints or signals from the device to track it. These include, for example, properties of a user’s web browser and its settings, the user’s device and its settings, the user’s location, or the network connection. Applications that do this practice, and even those that include an SDK that does, can be rejected by the App Store. 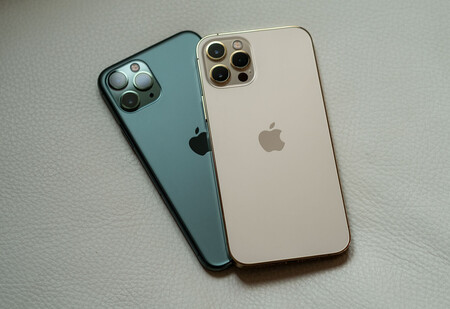 In fact, Apple states in its developer guide that the developers themselves are responsible for all code for them. That includes, of course, other companies’ SDKs. If that SDK engages in practices that go against App Transparency Tracking, the developer will be held liable and may face removal of their app from the App Store.

The same applies to single sign-on systems (SSO) of third parties (Google, Facebook, Twitter …). In Apple’s words, “If the user will be tracked as a result of the SSO functionality included in your app, you must use the app’s tracking transparency prompt to first get that user’s permission.”

What if I go to the Ryanair website, accept the tracking of the website, download the Ryanair app and deny the tracking in the app? Can the app track me? Not. App developers must obtain permission through the Apple system, so data collected separately, outside of the application and not related to the application is not in scope. Basically, the only way to bypass this request for consent is to use the open web.

What is not considered tracking

Not everything is considered tracking, of course. As explained from Apple, when the developer of an app combines information about you or your device with the aim of showing targeted advertising or evaluating the performance of the advertising, it will not be considered tracking. as long as all data processing runs on the device and no information that can identify us is sent outside of it.

READ:  Apple Car is close to being made by LG and Magna, according to The Korea Times

It is also not creeping when the developer shares information about you or the device with data analytics companies with the aim of detect or prevent fraud or security reasons. Finally, it is also not tracking when the data analysis company with which the developer shares the information is a credit reporting agency and information related to your credit history is shared in order to assess your creditworthiness when obtaining a loan, for example.

How App Transparency Tracking is activated 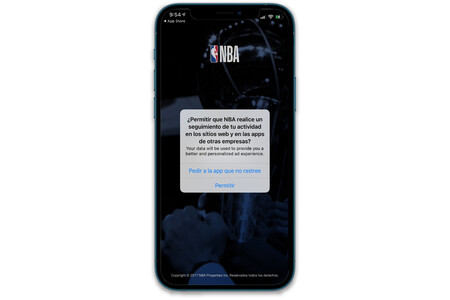 With the arrival of iOS 14.5, when downloading or using an app that wants to track us, the first thing that will appear will be a pop-up window like the one on these lines. In her, the app will ask us if we want to allow it to track us through the apps and websites of other companies. We can press “Allow” and make it or select “Ask the app to track”.

In the event that we have clicked “Allow” and we want to revoke the permission, we will simply have to go to Settings> Privacy> Tracking. There we will find a list with all the apps to which we have given permission. We will simply have to deactivate those that do not interest us and that’s it. We can also uncheck the box “Allow apps to request to track you” so that the system, by itself, tells the apps not to track us.