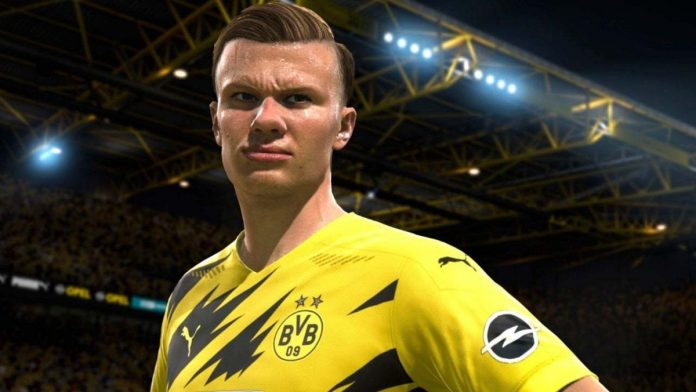 “We do not force anyone to spend money on our games”EA has commented in a new statement, a response after the leak of internal documents to CBC that seem to suggest the opposite.

These comments from EA are part of an extensive multi-page statement posted on their official website. They are a response to the information published by CBC, in which EA expresses the desire to focus its efforts on the FIFA Ultimate Team mode, which is highly monetized. They refer to him as the “cornerstone” of the game.

“Players will receive messages and incentives to participate throughout the summer”, comments an image of one of the filtered slides. Another phrase expresses it in an even more forceful way”All roads lead to FUT”.

The lengthy report includes comments from gambling experts, as well as an anonymous insider who told CBC the following: “For years they have been able to act with a layer of plausible denial. However, in their internal documents, they are confirming that this is their goal and that they want people to get into this mode.”

EA has insisted that FUT is not a game of chance since 2018, even though several countries have created legislation against microtransactions and countries like Belgium have banned them entirely. FIFA is one of the most successful franchises in the world of video games, but it is true that the news with stories of players who spend thousands and thousands of euros on the famous card envelopes are common.

This FIFA mode invites players to open booster packs in order to earn stars for their soccer team. These packs are obtained as rewards in some cases and can be obtained with virtual money or through micropayments with real money. The mode was first introduced in 2009 as a downloadable add-on, but over the years it has become EA’s biggest source of revenue, becoming the main mode for the latest installments. The game’s calendar is full of events and incentives so that players don’t stop grabbing new packs.

Although it is a popular mode and triumphs among players, these they have complained that it has dethroned in importance to the traditional ways of FIFA, such as career mode, manager or the traditional online mode. In forums like Reddit it is very common for the petition to appear with the hashtag “FixCareerMode” (fix Career mode), with one of them reaching 8,000 signatures.

FUT has also been the focus of criticism from players and even content creators, considering that the rewards have gotten considerably worse over time. In the free rewards that are provided in modalities like the weekend league, the rewards are usually from a handful of mediocre footballers, and a very successful thread on Reddit shows how the number one player in this league received practically nothing despite of your efforts.

We also add that the odds of getting something valuable in each envelope are extremely low, so getting players of the highest level are less than 1% in all cases.

This information is filtered by CBC apparently confirm what EA is not in a position to say publicly: that the FUT mode is the most important in the game. Although this does not rule out that improvements will be made in other modalities in future deliveries, it serves as an indicator to understand where the company’s priorities lie.

EA has commented that “summer is a very active time for the FUT community”and that the development team is pushing new content and community events. In the world of real football, big leagues like the Premier League are weeks away and the Champion’s League is in the semi-finals.

“Nothing in the leaked document contradicts this in any way; shows how we support participation in our game during the summer period, we do not force players to spend money”EA comments. They call the story” sensational “commenting that the company”you do not agree that FIFA or any of our products incorporate gambling”.