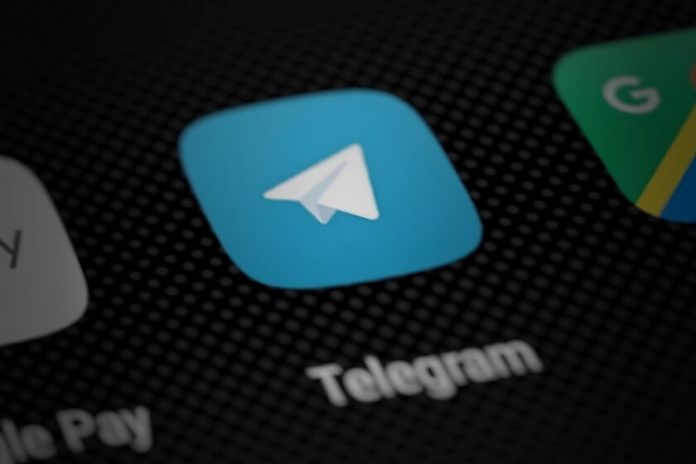 Telegram wants to avoid Google’s moderation. The messaging application is still perfectly available in the Play Store on a regular basis, but recently it also offers an alternative from its own website. An APK to install the application manually, bypassing Google’s protection but also avoiding having to comply with the rules of the official store.

The version of Telegram on Google Play is slightly different from the one offered on the web. It is more up-to-date when we download it directly from the Telegram website but also, according to the company itself, this APK has fewer restrictions and is automatically updated. A difference between the version of the Play Store and the version of the APK that opens the debate on to what extent the same application should be different depending on the origin of the installation.

Telegram and its version with “less restrictions” 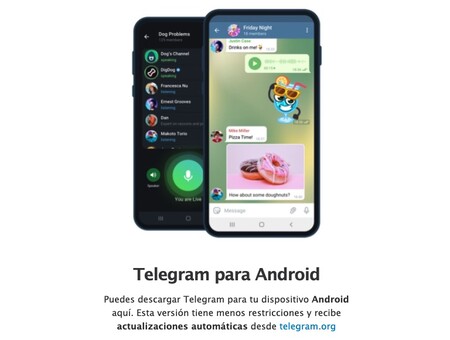 It is not the first time that a company decides to go on its own. This is the case of Epic with Fortnite, which allowed the direct download of the APK to install on phones. The underlying reason is in Google’s conditions for its application store.

Google forces you to comply with a series of conditions, restricts those that require special access such as accessibility or calls and forces you to use the Google payment system. The first is understood as part of the security of the system, but in the second there are many applications that do not agree and also prefer to go it alone.

READ:  How to use WhatsApp on two mobiles at the same time with its web version

Telegram does not explain the motivation for why it now offers two versions of its app on Android, but it does make it clear that this version with APK has “fewer restrictions.” What these restrictions are is not specified, although it could well be the payment system.

At the end of last December, Pavel Durov, CEO of Telegram, explained that the company is looking for new income and one of the business lines they are considering is a premium payment service. We will have to wait to see if this version of the APK is Telegram’s way of avoiding Google and opting for its own system. 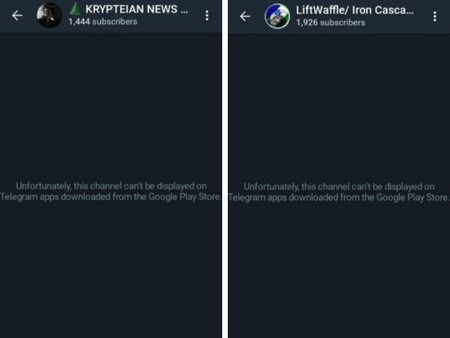 As a result of the publication by Telegram of the APK different from the Google Play version, information has emerged that points to another motivation. A Reddit user posts some screenshots showing several blocked Telegram channels. So far everything normal. However, they stand out because in that screenshot the following message is displayed: “Unfortunately, this channel cannot be displayed in Telegram apps downloaded from Google Play Store“.

Beyond the reasons for closing these channels, which could be justified, it is interesting to see how Telegram points directly to Google as an excuse to do so and this message suggests that these channels could be available in the Telegram application downloaded by another means .

Big technology companies are in the middle of a debate on content regulation and what is allowed to be published. Telegram spokesman Mike Ravdonikas explained in January 2021 that “our Terms of Service expressly prohibit public calls to violence” in reference to the various closed channels promoting violence.

With the Telegram movement and the “double version” of its application the door is now open for certain content to only be available depending on where the application was downloaded from. 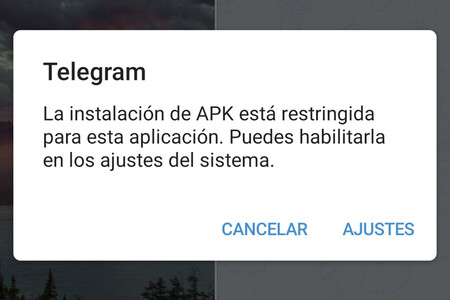 Since Android 11, installing apps from unknown sources is somewhat more complex. Rather than having a one-time setting, permission must be granted on an individual basis. Google here has a dilemma. On the one hand, you cannot completely close the APK installation if you want to keep an open operating system. On the other hand, from Google they want to make sure that the applications are installed through Google Play and can correctly apply the security filters to fight against malware. 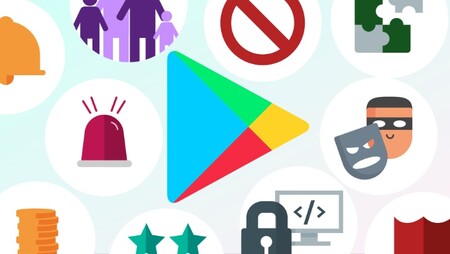 App stores play a critical role in controlling what can be installed. On iOS the system is more closed, but on Android, APKs have traditionally been freely installed. During all these years there has been practically no difference whatsoever, but for a few years it has become clear that the installation of APKs is very relevant, for example in those cases like Huawei where access to the Google Store has been blocked.

READ:  Google Photos for Android already allows you to improve the sharpness and reduce the noise of your photos

Another aspect to consider are the commissions. Many developers are interested in offering their APKs directly to avoid the commission of doing it through Google Play. In this line and to try to prevent more developers from choosing to go it alone, Google has announced a reduction of its commission from 30% to 15% for developers who earn less than a million dollars a year. What is 99% of developers, but where great actors such as Telegram are not included.

The European Union asks platforms for stricter measures in their relationship with developers who sell their apps and games there. At the level of transparency, elimination of applications and making it clear if they have a special treatment. A regulation that aims for companies like Google or Apple, which have so much power in our mobiles, make clear the rules and criteria that apply. To, among other things, prevent companies like Telegram from choosing to offer the APK directly and go it alone.