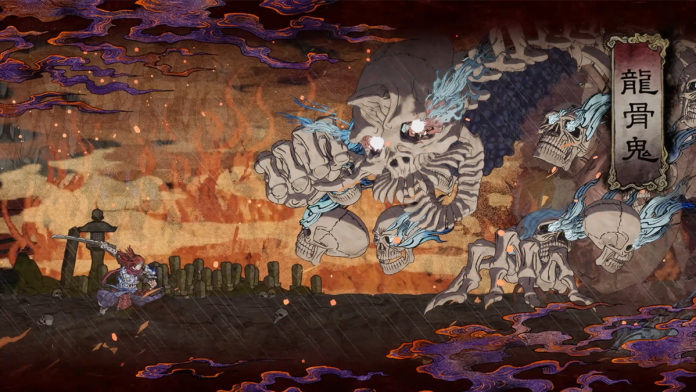 Most are waiting for a new Metal Gear, a Castlevania or a Silent Hill from Konami … but hey, at least now we know that the company is making games again, starting with GetsuFumaDen: Undying Moon, a reboot of the 1987 Famicom classic.

Revealed during the indie show a few hours ago, GetsuFumaDen: Undying Moon it’s a hack slash rogue-lite that puts players to fight against huge enemies in a fantastic version of Japan. It will be released in Early Access on PC and then in full also on Switch in the year 2022.

Check out the trailer:

This, together with the confirmation that Konami will be present at E3 in 2021, sounds like something promising for the company, which had moved away from this class of productions in recent years. Despite changing its focus, the mobile card games division has helped the company achieve a record collection during the last 2/3 of the year 2020.

Shin Murato, the producer of Konami, has told Inverse that this game is set 1000 years after the original and has revealed that the team was already working on it years ago.

READ:  Sweet Tooth Season 2 Release date at Netflix: Everything We Know So Far

“We started planning this title in 2018,” said Murato. “In this time we have realized that indie titles are usually small projects with great artistic elements and game systems (often with a Japanese theme) and they have been successful. Therefore, we wanted to try and offer a title that fits those criteria. ”

It is also the first Konami game to hit the Early Access program; Murato wants to integrate the voice of the community into the development process.