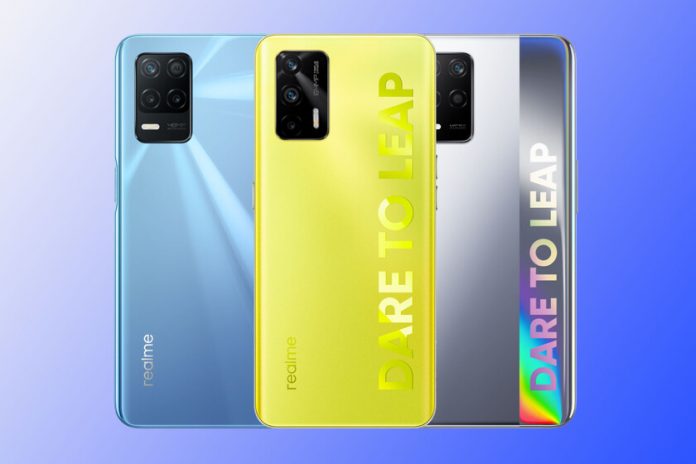 If you blink, you may miss a new launch in the mobile market, and it will surely be Realme or Xiaomi. Yesterday the first released the Realme 8 5G and today its mid-range with said connectivity is expanded with the new Realme Q3, Q3i and Q3 Pro, which offer different options for those who seek not to spend too much without giving up the latest in networks.

On the outside they are not very different from each other, in fact we see that they have taken the design of the Realme 8 as the one we mentioned and at first it would be difficult to differentiate them. But inside we see that they offer different processors and the option of AMOLED and screen reader in the case of the Pro. 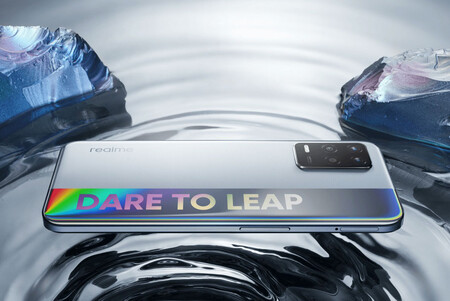 The base model of the three new 5G mobiles presents that domino-shaped module that we have been seeing in series 8, with a back occupied by the “Dare to Leap” and a reflective strip on one of the sides. The finish is glossy and has the set of color reflections that the brand usually places on all its mobiles, it seems similar to what we saw in the Realme 8 Pro, but shining in the darkness.

As for the screen, the camera pops out through a hole through a panel 6.5-inch IPS with Full HD + resolution, highlighting that it reaches 120 Hz with a refresh rate of 120 Hz. Being IPS, the fingerprint reader is on the side (and has a 3.5-millimeter jack).

The Realme Q3 is the only one of the three that includes a Qualcomm processor, this being the Snapdragon 750G. It comes with 6 or 8 GB of RAM and 128 GB of storage, with Bluetooth 5.1 and USB Type-C. 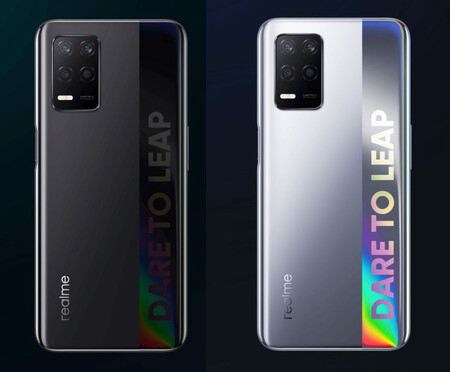 The battery is 5.000 mAh, which as we will see is more than what the Pro presents (and ties with the Q3i in terms of the battery). In addition, it maintains the 30-watt fast charge that the Pro does have, which, as we will also see now, is superior to the Q3i. 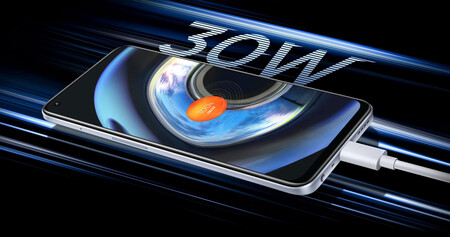 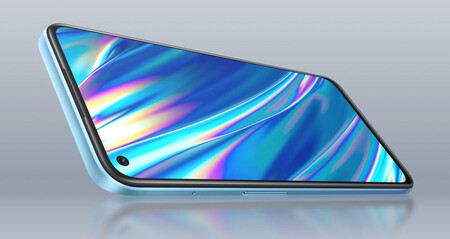 In the case of the Realme Q3i we see that rear of the Q2, but in this case totally clear and unoccupied from the “Dare to Leap”. It is a bet very close to the one we have seen with Q3, but it is placed as most basic proposal cutting back on some aspects.

The dead heat It is in the cameras, the connectivity, the fingerprint reader on the side, the battery (which does not charge it) and the storage, as well as in the diagonal and the screen resolution. But in this case we see these characteristics:

As for the front, we also see that the subjective camera (which is the same as we have seen, with a 16 megapixel sensor) also appears through a hole. The fingerprint reader is also on one side and the 3.5 mm jack is preserved. 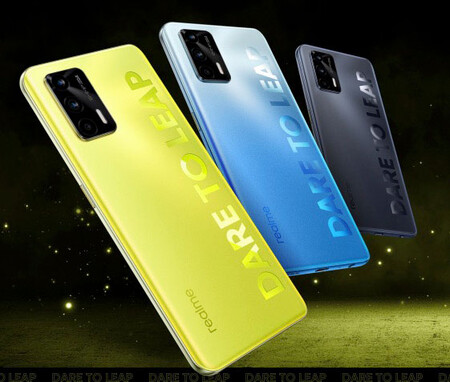 The Realme Q3 Pro lives up to its last name and is the top model of these three. Although it maintains the design lines, this time it becomes a kind of hybrid of the previous two and takes the simplicity of the Q3i with only the Q3 logo, dispensing with the glossy band.

The Q3 Pro is also somewhat more compact and lighter, which is surely achieved by cutting the battery and very subtly on the diagonal. We see here a 6.43-inch AMOLED panel that hits 120 Hz, also with FullHD + resolution.

Jumping to AMOLED, in this case the power button is standard and does not store a fingerprint reader, because this is integrated into the screen. We do not see minijack, but in return in this case stereo sound is included, which is not bad at all.

The processor in this case is the MediaTek Dimensity 1100 and there is a single RAM option, 8 GB, with 128 or 256 GB models. storage. In this case there is also compatibility with WiFi 6, another feature that makes it “more Pro” with respect to its brothers.

As we said, the battery is reduced in relation to the other two and remains in 4.500 mAh, but with a fast charge of 30W. And as for photography, in this case the main sensor is changed for a 64 megapixel one, the front one is maintained and also the macro and the wide angle that we saw in the Realme Q3. 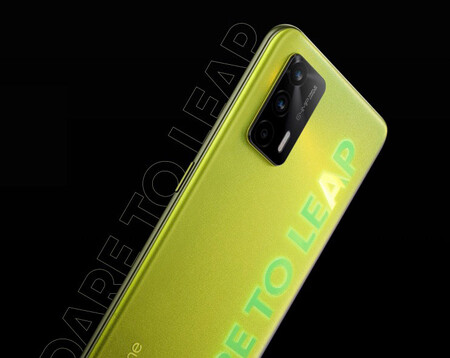 Versions and prices of the Realme Q3, Q3i and Q3 Pro

The Realme Q3, Q3i and Q3 Pro have been presented for now in China, having the following starting prices: 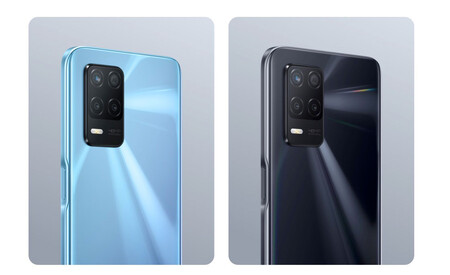