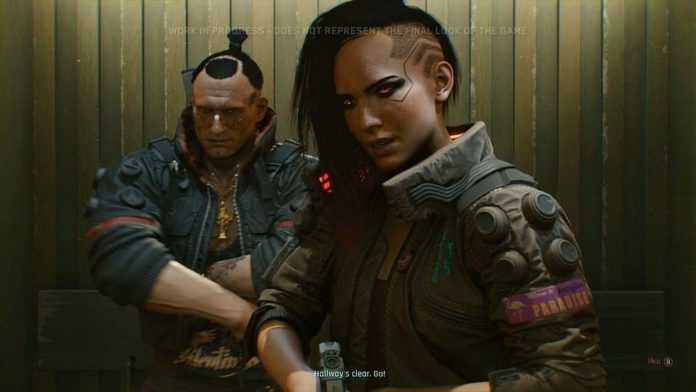 CD Projekt yesterday staged an intense self-recognition (not to say an apology) for the disaster that communication has caused about Cyberpunk 2077.

They have made it clear that they will change their marketing policies to avoid misunderstandings and disappointment among players, many of whom could not believe the final version of Cyberpunk 2077 that they had in their hands after years of communications about the title.

Sadly, this has caused confusion among investors and players once again, but for something else.

It turns out that the company had a presentation on the “change of strategy” (if you click you can watch the video) in which the president of CD Projekt, Adam Kiciński explained that the company has reconsidered its plans for the multiplayer of Cyberpunk 2077, but they have failed to explain what said reconsideration consists of.

We knew that the company was working on a “triple-A” experience, which would be multiplayer of the game, in parallel with the development of the main adventure.

It was never clear whether it was going to be a separate game, an expansion to the existing game, or a hybrid between the two (see GTA Online example).

In previous reports to investors (as transcribed by Seeking Alpha), Kiciński made it clear that a separate team was doing multiplayer and that “we (referring to CD Projekt) think of it as a separate product”, but not really has said if it would appear as the aforementioned game “apart”.

Yesterday’s comments from Kiciński do not clarify it, nor do they really specify what is going to happen with said project.

“We previously explained that our next AAA game would be a multiplayer Cyberpunk title, “he explained,” but we have decided to reconsider this plan given our new, more systematic, and agile vision.

Instead of focusing on one huge online experience/game, we are focusing on bringing online to all of our franchises at any given time..”

That tells us that something has changed, but we don’t know exactly what it will be. Cyberpunk multiplayer could have been delayed, or canceled, or maybe it’s being rescheduled.

Also, now it turns out that CD Projekt is committing to bringing online mode to their games in the future, and they are building technology to ensure that all of their single-player RPGs will have some form of multiplayer connectivity.

Anyway, the message could say that we have to wait until the sequel to this title or The Witcher saga to really have it online.

As a result of all this, people are confused once again about what has happened (or what will happen) with the multiplayer of Cyberpunk 2077; Social networks have been filled with very negative views of the meaning of the comments, questions about what has happened and complaints from everyone who bought it hoping, in part, to have a multiplayer, since now they may never receive it.

We have asked them to explain themselves, and their response has been, simply, that the statement includes all the information that they have to give. So they say.