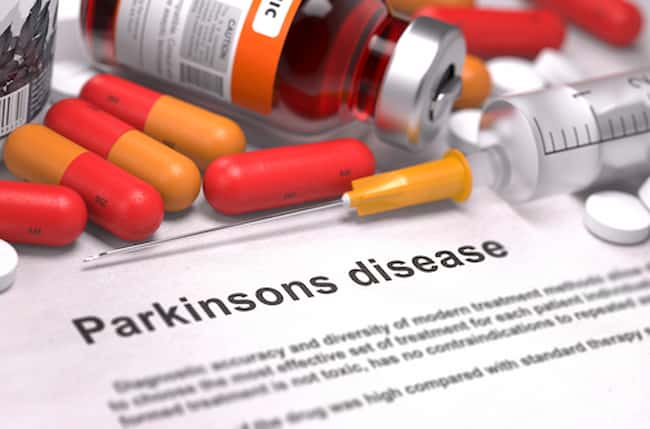 Parkinson’s disease is a chronic and progressive neurological disorder. It affects one’s movement, causing tremors and stiffness of muscles.

There is no cure for Parkinson’s disease but the symptoms can be treated with medications and surgery. One such medication that treats this condition is Mirapex. Mirapex works by improving dopamine levels in the brain, which improves muscle control and coordination.

Patients who take Mirapex sometimes experience sleepiness or depression that may worsen if they use alcohol or other sedatives while taking this medicine. If you plan to start using this drug, consult your doctor about whether it will interact well with all other medications you are currently taking.

Chinese acupuncturists claim that this procedure can increase natural dopamine levels in the body, which may be beneficial for Parkinson’s patients. However, because of the lack of research on acupuncture and its effectiveness in Parkinson’s disease, it is not known if this treatment helps.

The surgery involves implanting electrodes into specific areas of the brain that stimulate the muscles to move accordingly. After undergoing this procedure patients tend to experience fewer tremors and less rigidity. It may also improve other symptoms associated with Parkinson’s like slowed movement, stiffness, sleep disturbances, and poor balance.

Various medications are prescribed for Parkinson’s disease to manage symptoms. Levodopa is considered the gold standard treatment for this condition because it works by replacing the dopamine that is lost in the brain due to the degeneration of neurons. However, while taking this medication, patients must be careful because it may interact with other drugs taken around the same time.

Selegiline is another drug used to treat Parkinson’s disease which works by increasing neurotransmitters like dopamine in the brain. This drug has been associated with causing blood pressure problems when combined with certain other drugs or herbal supplements, but its main benefit is that it can slow how quickly Parkinson’s progresses over time.

READ:  Benefits of Around the World Exercise

Anticholinergics are another group of drugs that help control the tremors associated with Parkinson’s disease. These drugs block a neurotransmitter called acetylcholine in the brain and stop nerve signals from being sent to certain muscles, which helps relax them. Side effects of this type of drug may include memory loss, constipation, blurred vision, dry mouth, and urinary problems.

Parkinson’s disease is an unpleasant situation that many individuals face in their own lives. The illness is named after British physician James Parkinson, who in 1817 first described the symptoms of tremor, muscle rigidity, and loss of motion (ataxia). Today there are things you can do to help yourself manage your symptoms.

One way is through movement therapy, which helps reduce stiffness or shakiness in your hands by moving them repeatedly, slowly, and in control.

It also practices control over your posture so you can stand up straight. Your therapist will teach you exercises to improve coordination and concentration – this all helps protect against falls caused by poor balance or impaired vision that comes with PD.

The benefit of exercise for Parkinson’s disease is that it helps keep your mind busy. And that can help you feel less depressed or anxious, which are common symptoms of the illness. Also, it boosts endorphins in your brain – those are natural chemicals that trigger sensations of pleasure and joy.

Exercise also aids mobility. So doing some aerobic exercises every day will give you more energy to do other things plus prevent muscle loss and loss of bone density due to inactivity. You’ll still need to take your medicines, even when you exercise regularly though these have side effects on their own. For instance, all PD medications can cause sleepiness so if this happens while taking them don’t slow down or stop exercising just get more rest.

The different stages of Parkinson’s disease:

Parkinson’s starts with the symptoms of tremors, rigid muscles, and shaky movements that go from one side to the other. Also, these symptoms get worse as time progresses.

Tasks such as walking and balance will get difficult moving on to more serious cases like freezing in place or mental health issues like depression and hallucinations which can be very dangerous for you or your family members. It affects most age groups starting in the mid-60s up to mid-70s, though younger people may also develop it too.

There is no current cure but medications are helpful and surgery options are available but they come at a high cost and unfortunately, try some features cant be fixed using them. What we can do is provide support for the patients by providing them with the best medicine and using the most advanced technology to make their lives more comfortable.

Information about Parkinson’s can be found on our website where you will find all the necessary information regarding the disease, its stages, causes, effects, treatment options, and much more.

The most common symptoms include lack of facial expression, small handwriting, slow movement, and loss of balance. Other general signs of Parkinson’s disease include slowness of movements or stiffness, shuffling gait, tendency to fall backward when walking-more like a crab than a human, inability to start or stop movements quickly (indicating muscle rigidity), and speech and swallowing problems. There may also be depression and dementia as the illness progresses; depression can sometimes precede the onset of Parkinsonism by several years.

The goal of treatment is to restore movement and reduce symptoms. Medication is the main form of treatment; current medications provide relief from about 80% of cases. There are surgical treatments available that could benefit but they come at a high price – financial and emotional both.

READ:  Benefits of a Coffee Face Mask for Healthy Skin

But regardless of your lot in life if you have been diagnosed with this illness there are therapies out there to help you manage the effects ranging from medication to surgeries with obvious results following close behind them so if you or someone around you has been diagnosed don’t lose hope just seek support where ever possible.

The lack of facial expression, small handwriting, slow movement, and loss of balance are some of the most common symptoms.

Other general signs include slowness of movements or stiffness, shuffling gait, tendency to fall backward when walking – more like a crab than a human, inability to start or stop movements quickly (indicating muscle rigidity), speech problems, and swallowing problems. Depression and dementia may also be present as the illness progresses; depression can sometimes precede the onset of Parkinsonism by several years.

The process starts by extracting a small number of adult stem cells from your body and multiplying them in a lab using FDA-approved supplements. Then these multiplied cells are injected back into your body where they will take residence in the affected areas and start repairing damaged brain tissues.

Though there is no cure for Parkinson’s disease, the goal of treatment is to restore movement and reduce symptoms. Medication is the main form of treatment; current medications provide relief from 80% of cases. Surgical treatments are a possibility but come at a high price – both financially and emotionally.

While none of these options hold a cure, they can help manage effects ranging from medication to surgeries with obvious results following close behind them so if you or someone around you has been diagnosed don’t lose hope just seek support where ever possible.