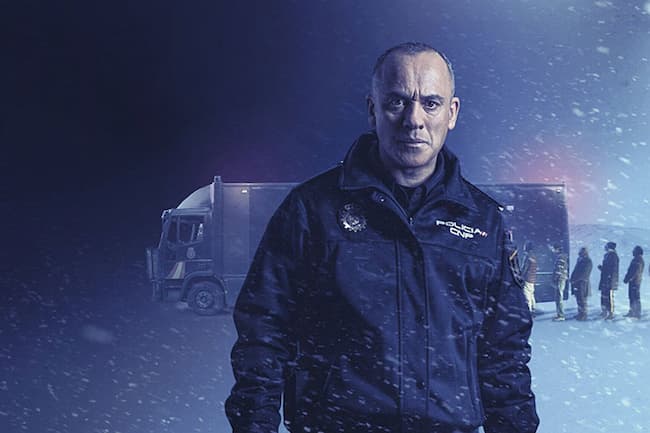 We spoke with Lluís Quílez about the thriller starring Javier Gutierrez that arrives today on Netflix.

Lluis Quilez (Barcelona, ​​1978) has competed twice for the Oscar nomination, with his shorts Avatar (2005) and Graffiti. (2015). Between them, he had the opportunity to shoot Out of the Dark (2014) in Colombia, in English, with a cast led by Julia Stiles, Scott Speedman, and Stephen Rea.

“It was a commission, a product designed for the American market, televisions and VOD platforms,” ​​he recalls. With Bajocero, available today on Netflix, he is now fulfilling his dream of directing his first personal feature film, with his own script, co-written with Fernando Navarro (Veronica).

What made you decide to approach an action film as if it were a mystery story, with an enigma and many suspects?

Since I was a child and in my formative stage, Hitchcock and Spielberg were the directors who most influenced me. I like to create intrigue, and I tend to tell things with a thriller tone, like the first one. I try, as the second does that my films are entertaining and hook the public. Bajocero begins as a regular action plot, but as the viewer progresses, he realizes that it is a character drama.

I see the protagonist as Dustin Hoffman from Straw Dogs (Sam Peckinpah, 1971) or Marathon Man (John Schlesinger, 1976). A normal guy caught in an extraordinary situation. A role for Javier Gutiérrez

And who supports it?

Isak Férriz, Javi’s partner, is called to be the hero because of his physical compression. Karra Elejalde, from whom I have wanted to recover the record of a very emotional but at the same time violent and savage man that he had in The Dead Mother (Juanma Bajo Ulloa, 1993).

Luis Callejo is the cheeky scoundrel who likes him, a Spanish-style Han Solo. Patrick Criado, the polygon kid between tenderness and psychopathy. With them, Andres Gertrudix, Edgar Vittorino, Miquel Gelabert, Florin Opritescu, and Alex Monner, unrecognizable in a cameo in the first scenes.

Do you like to give the actors freedom to make proposals about their roles?

My challenge has been for the film to hold up to the mechanism of action, be frenetic, elaborate planning, and a lot of editing. But that, at the same time, had a lot of truth and left the actors freedom to find their characters’ voice. Seventy percent of the dialogues are the result of improvisation, and I am delighted with the result.

READ:  What Time Is It In Maine

Did you have any preconceptions?

I started with two titles, The Devil on Wheels (Steven Spielberg, 1971) and Assault on the 13th Street Police Station (John Carpenter, 1976). In other words, a truck on the road and someone locked up with his enemies, with whom he has to face an even more dangerous adversary.

Why do you take the camera out of the van at a certain point?

The intention was not to shoot a stylistic adventure in 1917 (Sam Mendes, 2019) of I am not going to cut because I will achieve the longest sequence shot. My goal has been to make a classic movie.

That moment is what sets Bajocero apart from American action films. It is not that I remove the camera from the van; I share the antagonist’s point of view and present it beyond being, as before, a ghostly presence, an abstract evil.

The script echoes events that appear from time to time in the press.

Yes, but to specify them would be to reveal a good part of the plot. This is inspired by events that are part of the Spanish collective imagination, and the film reflects on them and their consequences.

Was the shoot very hard?

We filmed outdoors for three weeks, at night, in February, in Navacerrada, at zero degrees. We were freezing.

You filmed Graffiti in Chernobyl, in the middle of winter, and 72%, in a desert. Do you like to work in extreme conditions?

I need each project to be a challenge. Cope with what I don’t know if I will know how to do. This is, among other things, what motivates me about cinema—the adventure factor. When the best of each comes out, you can see who works and who does not.