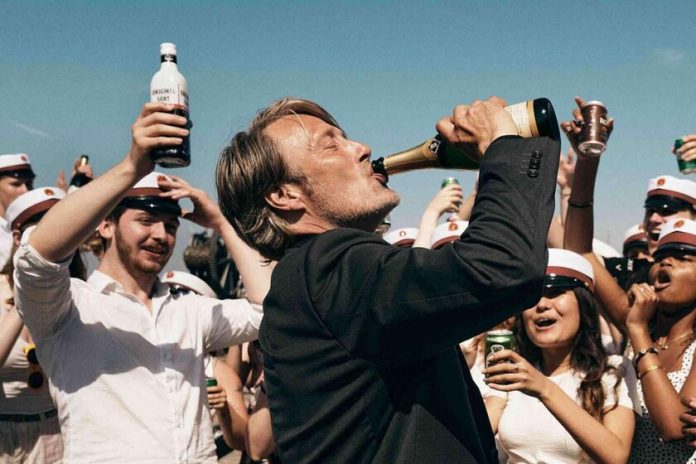 As usual, together with the first round of billboard premieres of the month, we received the rigorous report in which Comscore analyzes the data from Spanish cinemas. On this occasion, after two falls of 84% and 94% in January and February compared to the previous year, the effects of the start of confinement in March 2020 are beginning to be felt in a drop at the box office of “only” 32.53%.

Adam Wingard’s feature film has made Warner Bros. crown the list of market share by distributors with a growth of 631%. The rest of the large part of the cake has been shared Walt Disney, A Contracorriente, Universal and Diamond Films thanks to ‘Raya and the last dragon’, ‘Minari. Story of my family ‘,’ The Croods: A new era ‘and’ Immune ‘.

READ:  The Bronze Garden and Succession will have third seasons

Regarding the Top 5 monthly, after ‘Godzilla vs. Kong ‘and’ Raya and the last dragon ‘- with 0.9 million raised -‘ Tom and Jerry ‘with 0.7 million,’ The Croods: a new era ‘with 0.4 million and’ Minari ‘sneak in. History of my family ‘with 0.3 million euros harvested. Now it only remains to see how you stand up to your 2020 counterpart this April in which the cinemas were closed tight.

We started the review of the premieres of this April 9 with the brand new nominee for the Oscars for the best international film and for the best director ‘Another Round’; the meeting between the prestigious Thomas Vintenberg and that acting giant named Mads Mikkelsen after the sensational ‘The Hunt’ in a one-of-a-kind drama with alcoholism as a backdrop.

After the forgettable ‘The Fifth Wave’, the director and screenwriter J Blakeson returns to the big screen in this black as coal comedy presided over by a spectacular cast in which names such as Peter Dinklage, Eiza Gonzalez Dianne Wiest and , above all, a Rosamund Pike in a state of grace and winner of the Golden Globe for best actress in a comedy for her work in the film.

Be very careful, because with ‘The cloud’ we find ourselves in front of one of those first operas that invite us not to lose sight of its author at any time from now on. Winner of the Special Jury Prize in the latest edition of the Sitges Festival, Just Philippot’s film hybridizes drama and terror with as much intelligence as it is craft, and which stands out both in form and substance.

After passing through several television productions, Toño López makes the leap to the big screen with this family comedy starring Xosé A. Touriñán, Miguel de Lira and Federico Pérez in which we follow the misadventures of three brothers-in-law with a much less solid plan of what may seem at first glance.

From Germany, Johannes Naber signs this intense thriller with political overtones that takes as its starting point the unsuccessful search for weapons of mass destruction in Saddam Hussein’s Iraq.

Russian cinema also has a place in our theaters thanks, this time, to Elena Hazanov, who directs this biographical sports drama that explores the figure of Natalia Molchanova, world champion in freediving and freediving who sought to reach 101 meters in depth in free descent. for first.

This religious documentary directed by Jorge Pareja about four people who discover God closes the premieres of the week.

If the premieres of this week do not catch your attention or you want to recover titles that have been in theaters longer, remember that you can take a look at the movies on the bill from last week and the previous one.