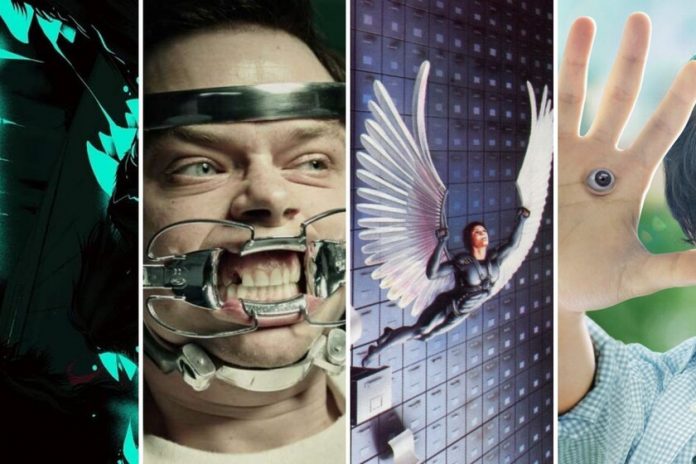 After the review we gave to the best semi-unknown science fiction that you can find on Netflix, we went to another platform, with the intention that no one is left for a weekend without their share of aliens, post-apocalypse, dystopia or what everyone wants. As always, we remind you that we give preference to films that are less known or that may have gone unnoticed … and even the occasional cult classic. Let’s go there!

We started with a masterpiece by Terry Gilliam, mammoth and eccentric, which came at a time when dystopian fantasies were far from being our daily bread in science fiction (possibly because we did not see in the news how they approach by leaps and bounds). Here Gilliam put a few drops of ‘1984’ and as many of Kafka’s ‘The process’, he stirred it with his inimitable dreamlike style Y voila: a commercial failure that time has given its well-deserved position as a total classic.

Before filming his version of ‘Godzilla’, Gareth Edwards he rehearsed in this independent film what it was like to shoot a kaiju without hardly showing the monsters, focusing on the impact the creatures had on people. With structure of road movie and set years after the arrival of monsters to Earth, ‘Monsters’ has romance, apocalypse, adventure and yes, occasionally, a monster.

Andrew Niccol, director and screenwriter of ‘Gattaca’ and of the also recent and wonderful ‘Anon’ signed a decidedly minor film here, but admirable in its attempt to disguise as commercial science fiction a plot that is pure genre in its most social aspect and that drinks a lot from its first success. In the future, people stop aging at the age of 25, and genetically they can live one more year: from there they can “buy” time, which makes the rich practically immortal.

READ:  'The innocent': Netflix launches the new trailer for the promising thriller that reunites Mario Casas with the director of 'Contratiempo'

An extravagant film about the end of the world (the planet Melancholy is inexorably approaching Earth, leading us to an inevitable disaster) with the unclassifiable and most incorrect stamp of Lars Von Trier, who disguises that cosmic event as a tumultuous family melodrama. Kirsten Dunst and Charlotte Gainsbourg are two sisters facing off at the former’s extravagant wedding, in an enigmatic film brimming with exquisite and haunting images.

A delicious movie mix of youth street gangs and alien invasions, with a splendid roster of young actors with a lot of attitude and led by a then unknown John Boyega. Joe Cornish, who would go on to write ‘The Adventures of Tintin’ and ‘Ant-Man’, injects an electrifying rhythm to the action and a nonconformist and acid message to the plot, in a shameless, sweeping film with one of the best End-of-time alien designs.

A space horror film that takes very seriously its purpose of meticulously portraying the journey of a capsule that takes a group of astronauts to one of Jupiter’s moons, where water has been found and therefore, there are possibilities of life. The found-footage style and documentary texture add another layer of verisimilitude to a fun, unpretentious fiction, but one that is ahead of its competitors in the crowded genre of zero-gravity horrors, thanks to how seriously it takes itself. .

Unclassifiable Korean Macedonian horror, sci-fi, drama, and teen comedy that kicks off with the arrival of some alien parasites to our planet and that, in mutant mode, take over bodies and minds of the terrestrial ones. But one of them misses and gets caught in the hand of a teenager, diverting the course of the invasion. Absolutely unpredictable and wacky manga adaptation, with wacky and disturbing special effects. Crazy highly recommended.

A hilarious comedy in which a group of aliens (voiced by none other than Monty Python) give unlimited powers to a random Earthman to see if humanity deserves to be destroyed. Directed by Terry Jones (also ex-Monty Python) and starring a brilliant Simon Pegg, a movie that works like a real machine gun gags and that has much more bad drool than it seems.

The return of Schwarzenegger to the cinema after his hiatus as a politician has ended up giving us more bittersweet moments than genuine joys (in fact, it is his messages to Trump that have ended up entering the best of his filmography), but ‘Maggie’ is one of exceptions to that rule. An indie rhythm and texture drama, excellently starring Abigail Breslin and a Schwarzenegger to whom the role of the twilight and sullen father suits him wonderfully, and who tells of a zombie infection from the perspective of the emotional apocalypse.

Classifiable only relatively as science fiction, the truth is that his dystopian touch, as happens so often with Ballard’s work and its adaptations, is undeniable. Ben Whitley, author of essential cult pieces of recent British cinema such as ‘Kill List’ or ‘Tourists’, takes us back to a dehumanized 1975, to a block of ultramodern buildings where Tom Hiddleston witnesses a true descent into hell on concrete islands .

READ:  Invincible, the series from the creator of The Walking Dead that you must see if you like superheroes

Tremendous old-fashioned sci-fi horror blockbuster that ran into widespread misunderstanding and a major box office failure. A shame, because this dense and stylized nightmare that starts with the search for a missing businessman in a sinister seaside resort is a roller coaster of surprises, set-pieces outrageously luscious and a shameless mix of bizarre ramblings, mad 1940s scientists, and state-of-the-art body horror.

A little post-apocalyptic movie whose sole purpose is to propose a piece of suspense and modest action, confined and with very limited ingredients, and that triumphs more than thanks to the great performances of Romain Duris and Olga Kurylenko or how well she manages her starting point. Paris is covered by a mist that poisons those who breathe it and rises to a certain height, forcing the city’s inhabitants to climb certain floors of the buildings.

A real surprise that came out of nowhere about a year ago, released exclusively by Amazon Prime Video after a discreet visit to festivals (in Sitges, for example, in an unusual way, it was not interesting enough to be part of the program) . Unusual because it is one of the most interesting pieces of indie science fiction of the year, with a couple of young people -a telephone operator and a DJ- who in the fifties receive signals of strange origin at their posts. Cryptic, with a doubtful and sinuous rhythm, with staging surprises, a little gem.