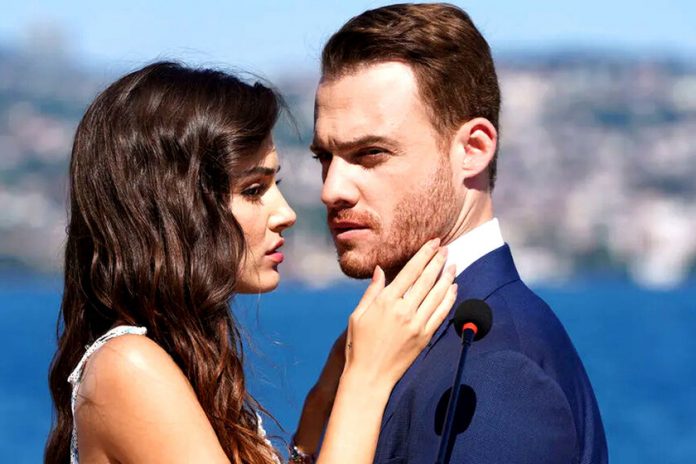 ‘Love is in the Air’ is a series that arouses passions among its fans and perhaps they know little by little what can be seen in each chapter a Kerem Bürsin and Hande Ercel, the two great protagonists of the Turkish fashion series. If this is your case, you may be interested in this review of the rest of the films and series in which you can see both actors.

Born in 1987, Bürsin took his first steps as an actor in 2006 with a very minor role in the film ‘Thursday’, then chaining several short films of little travel such as ‘Razor Man’, ‘The Architect’ or ‘Killian’ before landing one of the main roles of ‘Sharktopus’, a TV Movie produced by the legendary Roger Corman and broadcast on the SyFy channel.

However, ‘Sharktopus’ fell far short of achieving an impact similar to that of ‘Sharknado’ just three years later, so he had to wait until 2013 to participate in another film titled ‘Palace of the Damned’, which tells how the making of a documentary is complicated when all the members of it are being murdered …

Already in 2014 we could see him in a supporting role of ‘Whisper if I forget’, a film that tells the story of an old singer who suffers from Alzheimer’s, who returns to her old home to try to remember her glorious past. It is available in Spain through Amazon Prime Video.

READ:  Zelda: A Link to the Past turns 29 and fans are celebrating 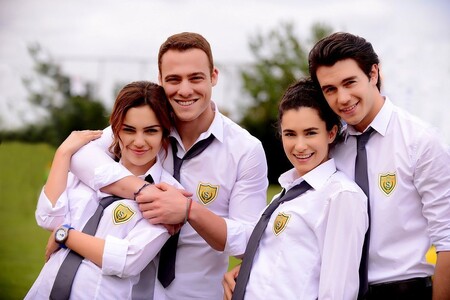 In parallel to those two feature films, he also led the television series ‘Waiting for the sun’ that tells the story of a father and his daughter who move in search of a better life, which allows her to enter the private school where the friend who has welcomed them works. It doesn’t take long for him to quarrel with the school owner’s son, the role played by Bürsin.

After its completion in 2014, Bürsim did not take long to sign for the series ‘Matter of Respect’, where he took on the role of Yigit, a man whose father committed suicide due to his ties to the mafia. After her, he could be seen in an episode of the series ‘Ulan Istanbul’ before taking a little rest that came to an end in 2017 with ‘This City Will Come Behind You’.

For his role as Ali, a man marked for having seen his mother murder his mother when he was just a child, in ‘This City Will Come Behind You’ was awarded the Best Actor award at the Seoul International Drama Awards.

That surely motivated him so much that 2018 was the year in which he participated in a greater number of titles. On the one hand, the movies ‘Can Feda’, a warlike film that he headed with Burak Özçivit, and ‘Good game’, a sports drama in which he had a supporting role.

READ:  Production of The Witcher Season 3 Begins Release and cast 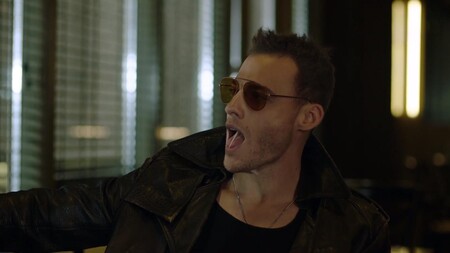 In addition, on television he could be seen in ‘Immortals’, a peculiar vampire proposal that you will find on Netflix divided into eight episodes and of which a second season has been rumored, and ‘The perfect duo’, broadcast between November 2018 and February 2019. The latter revolved around the relationship between two Eccentric cops who have a rivalry with each other, something they will have to put aside to hunt down a dangerous drug dealer.

The producer behind ‘The perfect duo’ It went through different financial difficulties, which led to its cancellation after just 12 episodes. Already in 2020 he began to collaborate in several short films of the comic series ‘Exactly’. His last appearance in one of them was broadcast in February of this same 2021, so he had to perform it in parallel to his interpretation of Serkan Bolat in ‘Love is in the Air’. 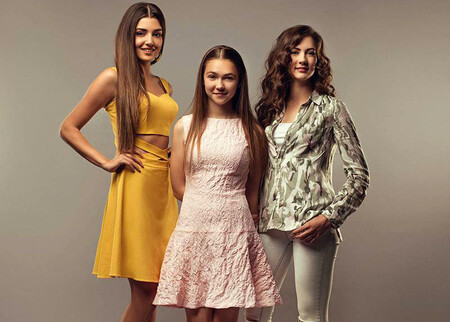 Born in 1993, Erçel’s professional acting career did not start until 2014 and for now she has only participated in an already respectable number of television series. The same year of his debut he had supporting roles in up to three different series, playing Selen during 13 episodes of ‘Tree of Life’, to Meryem in five of ‘Crazy Dersane at the University’ and to Zahide on 17 ‘Hayat Agaci’.

In 2015 he got his first big break with ‘Sunshine Girls’, Turkish series about a 35-year-old literature teacher who is abandoned for no reason by her husband, deciding to remarry to secure the future of her daughters. Erçel was still not the protagonist, but the weight of his character was much greater than in previous works.

READ:  Max Payne 3 and LA Noire for PC offer all their free DLC by surprise

Her first leading role came after the conclusion of the 39 episodes of ‘Sunshine Girls’, since from there she made the leap to ‘Hayat: Love without words’, series broadcast at the time in Spain through the Divinity channel and that can currently be seen on Mitele. Erçel gave life here to Hayat, a young woman with strict parents who begins a relationship with her boss, but a series of secrets from her past threaten to sink both her career and their relationship. 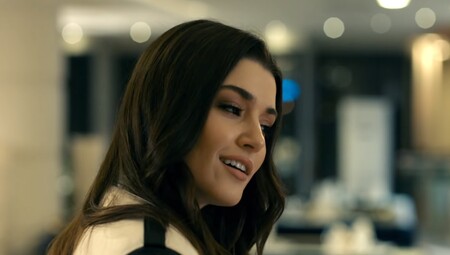 The leading roles kept coming with ‘Black Pearl’, where she gave life to a betrothed young woman who was forced to marry another man, ‘Ring’, an action series with hints of detective stories, or ‘Saint’, where he was part of an impossible love story.

Of course, each one was shorter than the previous one, going from 20 chapters of ‘Siyah Inci’ to 19 of ‘Halka’, leaving the count at just six with ‘Azize’. ‘Love is in the Air’ is by far his longest-running series, as currently 38 chapters have already been broadcast and its continuity is guaranteed until September with a new episode every week.