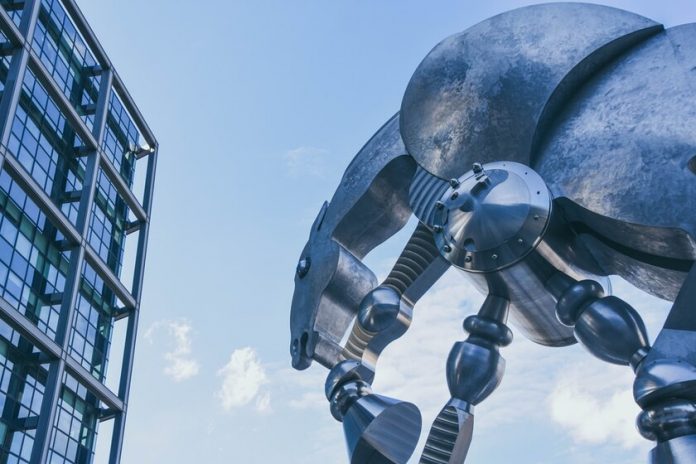 The idea of ​​the “centaur” comes from automation theorists. Half horse, half human. Is a metaphor that arises from Kasparov and Deep Blue, where the IBM machine rivaled the great chess master and helped him improve. A centaur player is one who unites human intuition, creativity and empathy, with the brute force capacity of the computer to calculate an astonishing amount of movements.

It is a way of representing the interaction between humans and robots, where the machine amplifies human abilities. However, there are also those who propose a antagonistic vision to understand the role that robots can have. It is the concept of the “reverse centaur”.

When robots avoid certain heavy tasks … but create others 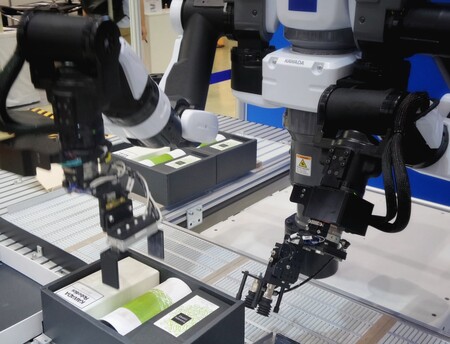 The main vision has been that robots exist to help humans when performing tasks, allowing us to improve the results obtained and expanding our capabilities. What the concept of the inverse centaur proposes is that machines use humans as a complement and help. In other words, it is a proposal to place the machine at the center of automation theory. It is the robot who does the work and the human is there to increase its possibilities.

The example set by those who propose this vision is that of Amazon. Where there is a whole “cloud” of workers, often with low wages, where their role is to do cognitive work. Namely, be the eyes of the machine and make those parts that just cost the robot more.

“Reverse centaur”, the concept. When it is humans who extend the machines and not the other way around. https://t.co/9R2HwY94J7

The debate on automation and its impact on working conditions is complex. On the one hand, there are those who defend that robots will help to carry out the most basic, heavy and strenuous tasks, allowing to increase the technical level of the necessary workers. On the other, being more pessimistic and following the theory of the inverse centaur, there are those who believe robots are pretty bad also at basic tasks like collecting delicate items. Objects such as plaster, a paint can or pointed saws require great precision when moving and here human hands are much more accurate and faster than fixed robotic arms. It is just an example, but they expose it as a sign that automation is far from improving human work.

Robots promised to improve our skills and automate the heaviest tasks, but the “reverse centaur” warned of when instead of helping us, humans work for these machines complementing their weaknesses.

In the above case, instead of the robot being an extension of humans, humans are simply used to compensate for the limitations of robots. And here, sadly, the strength of the robot is not being harnessed to eliminate the most basic jobs. They are simply substituted for each other.

The reverse centaur can be understood as a warning and a warning of the importance of correctly directing automation. It is well known that in a production line, workers next to robots are able to produce several levels above. Automation allows the same worker to be much more productive. However, it can also be understood as that the machine is more productive than the human, which needs your help.

In some production lines like Amazon’s, the rhythm is set by the machine. The worker is still standing, but instead of picking up some things, he does other tasks. However, the situation arises that in these cases the machine has not helped to reduce the workload of the human. 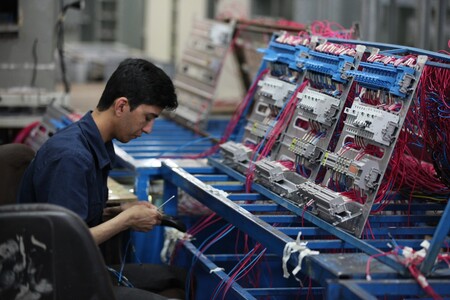 In a study published last year by the Cotec Foundation, it was reflected that almost the half of the Spanish population believes that the use of technology will reduce working hours. 38% thought that it will not bring great changes and even 10% explained that it will increase the hours. Approximately two thirds of citizens believed that automation will affect a relevant part of current jobs.

The problem is not automation, but how the company changes working conditions in order to improve productivity. Technology and robots can help reduce workloads, since the same output takes less time. However, in practice there are cases where robots do not help workers, but employees work for robots and they do not perceive any benefit from the technology.

The “reverse centaur” exposes the need for a debate on how automation will serve to reduce working hours and workload.

In Engadget | “Forget yourselves, technological unemployment will not exist”: Insert Coin with Manuel Hidalgo on automation and employment