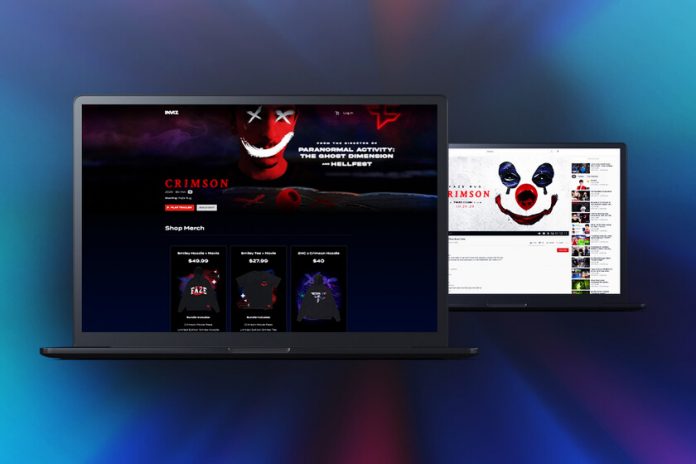 Last year, and in the midst of the coronavirus crisis, Invisible Narratives set out to transform the audiovisual industry with a revolutionary formula: combine the power of the content creators of the digital world with the experience of Hollywood’s most experienced producers and directors. Its objective: to capture the interest of generation Z, offer youtubers, tiktokers and influencers a platform to monetize their content and adapt a century-old industry to the new times of streaming.

Adam Goodman, former president of Paramount Pictures y Dreamworks SKG, y Andrew Sugerman, former executive vice president and global director of digital media and publishing Disney, are the founders of Invisible Narratives, a company willing to combine the best of each model as shown in their first two films.

On the one hand, the young digital studio began its journey by announcing the creation of a film franchise with FaZe Clan, eSports giant and entertainment with more than 215 million users through its different platforms. The first film that has resulted from their collaboration has been ‘Crimson’, a horror film starring the gamer and youtuber FaZe Rug and commanded by the director of ‘Paranormal Activity’ Gregory Plotkin.

Released on October 29, ahead of Halloween, on Inviz.tv, the digital platform that Invisible Narratives offers its clients to celebrate their events, the film was such a success that they have already announced a sequel. In the absence of audience data, one piece of information: three million people downloaded the Snapchat filter that accumulated the film’s debut.

On the other, Invisible Narratives launched ‘Immune (Songbird) ‘, a science fiction film produced by blockbuster king Michael Bay. Recorded during the pandemic and set in the near future, 2024, in which the Covid 23 virus has ravaged the planet, the cast, in this more conventional case, is led by ‘Riverdale’ actor KJ Apa, the Disney girl Sofia. Carson or herself Demi Moore. It was released online in the United States and will hit theaters in Spain this March.

“There has never been such a large generation gap between content consumers and the people who are making content. The amount of time that young people have spent during the pandemic watching online gaming, influencers, or making videos on Tiktok and posting stories on Instagram it is unmatched. And it is time for professional content creators to understand that traditional consumption is changing, “Goodman told Bloomberg about the hybridization strategy that Invisible Narratives advocates.

READ:  Glitch Season 3 Original Has Been Renewed In 2019

“There are some 600,000 people on social networks who have audiences of more than a million people within their reach and, if you look at the studios or traditional platforms, they are just scratching the surface of that group, “the manager continued to add:” It’s about combining great stories with next-generation storytellers to try to do something different. “

The invisible narrative of influencer marketing

A good example is the production of the aforementioned ‘Crimson’. Last summer FaZe Rug bought a new home and broadcast the entire process to its more than 30 million fans. What his fans did not know is that behind the move was hidden an invisible narrativeHence the name of the company, that is, a marketing strategy to promote the film, recorded, of course, in the terrifying house. Well, it turns out that his new neighbors are evil and creepy clowns in the style of Pennywise from ‘It’.

“The audience already has a great interest in him. But the story was planned thinking that the audience was going to participate in the search for the new house, the discovery of that new house and the reveal of the new house,” Goodman explained to The Wrap. In other words: the invisible narrative is about initiating marketing in a way that audiences don’t even know they’re being marketed, as explained by the digital medium. 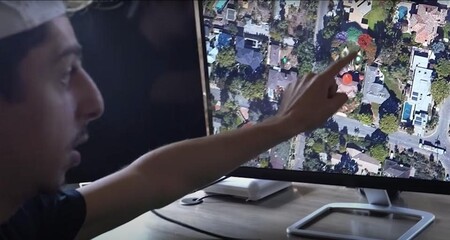 The key to your success, then, lies in being able to leverage the stories digital content creators are already telling, to a captive audience that religiously follows his broadcasts, elevating storytelling to a whole new and potentially very lucrative level.

As noted before, ‘Crimson’ premiered in the aforementioned Inviz.tv, a platform that Invisible Narratives promotes among influencers as a source of extra income where you can monetize your big projects and sell merchandising related. Thus, once the event in question ends, they can post their content on their other platforms to continue exploiting it.

“Those talented creators with massive fandoms they are looking for reasons and opportunities to create events. They cannot do it on YouTube or Instagram because outside of their Adsense or the agreements with the brands there is no way to finance them. AND are not recognized by the study system because they are not big enough or do not have the qualities that executives recognize, “Goodman insisted in his conversation with Bloomberg.

The way in which content is consumed in 2021 is radically different from how it was seen just two decades ago, both due to the push of streaming platforms and the flight of the youngest to the internet and social networks. Based on this premise, Invisible Narratives focuses on those niche audiences whose attention is already guaranteed when working with their idols. And in producing content that is attractive and real to them. 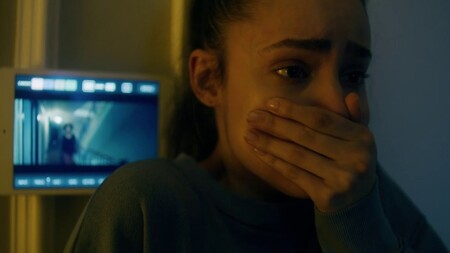 Somehow, the pandemic has shown that they were correct in their predictions. Last summer, as Hollywood was trying to get going, they shot ‘Immune’ in less than 20 days in Los Angeles. To do this, they divided the entire team, which including the cast never exceeded 30 or 40 people a day, into three different groups, who were tested often. His greatest advantage when working was, precisely, the naturalistic aesthetics of the film and the small size of the production, which streamlined all processes.

“There has never been such a large generation gap between content consumers and the people who are making content,” says Adam Goodman, co-founder of Invisible Narratives. 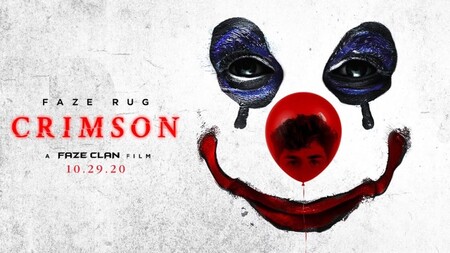 “I think cinema is in danger right now. If you’re in the movie business right now and you don’t have digital distribution in your arsenal, you can’t greenlight new movies when there’s no path to distribution. So studios don’t have their HBO Max, Peacock or Disney + are paralyzed and this forces them to become producers for streaming platforms, which is strange if you think how quickly this has happened, “he said.

In short, Goodman is committed to an independent cinema that can be produced and distributed quickly and easily and that attracts young people by having their idols. Not surprisingly, he was the one who, during his work at Paramount, launched two films that have now become franchises, ‘Paranormal Activity’ and ‘Cloverfield’, in addition to working with Bay on half a dozen other projects, including the series from ‘Transformers’.

What’s next: comedies with youtubers and tiktokers

Looking ahead, Invisible Narratives will keep trying to combine traditional talent with creators and influencers with many fans. But first, they stand out from the Quibi disaster, a platform called to revolutionize the audiovisual with blockbusters for mobile phones whose resounding failure put the industry on alert. Especially since the architects of the project were also two popes of the industry, Jeffrey Katzenberg, former president of Disney and co-founder of Dreamworks, and Meg Whitman, former CEO of eBay and HP, and they had captured stars of the stature of Steven Spielberg, Guillermo del Toro, Jennifer Lopez o Sophie Turner.

READ:  My Hero Academia 5: the next episode will enter the heart of the clash between classes

“We are not trying to attract new audiences or convince anyone to approach something they do not like. We go after a loyal audience in the place where they already are“Goodman told Bloomberg in reference to Quibi’s inability to attract subscribers.

The next projects of Invisible Narratives follow the same path with two comedies. The first, still untitled, will star the youtuber, tiktoker and singer Larray, who accumulates 29 million followers on its different platforms.

In fiction, the young creator accidentally travels back in time to 1992, a time when not only is he a complete stranger, but mobile phones don’t even exist. Without its social applications and online influence, Larray will have to discover his analog instincts to survive in the 90s and return to 2021, reads the description of the project.

The second will be ‘The Nanny’, in Spanish ‘The Nanny’, it will feature actress and comedian Laura Clery, who surpasses 20 million followers, her husband, composer Stephen Hilton, and their son Alfie. Well, in this case the argument is also inspired by their real lives.

Laura and her husband Stephen are busy creating content, running their businesses, and chasing after their two-year-old son Alfie. So they decide to hire an in-house babysitter to alleviate this chaos. When they realize that their babysitter’s perfect facade turns out to be hideous, they discover that California tenant law does not allow them to cast her out on this intruder, the synopsis indicates.

What’s more, The aforementioned ‘Crimson’ sequel will fuel the movie franchise that they intend to build together with the creators of FaZe Clan, a mine of content, merchandising and intellectual property around these personalities. “When I bought the rights to ‘Transformers’ in 2004, everyone thought we were crazy,” Goodman confessed to Forbes magazine. Time ended up proving him right.