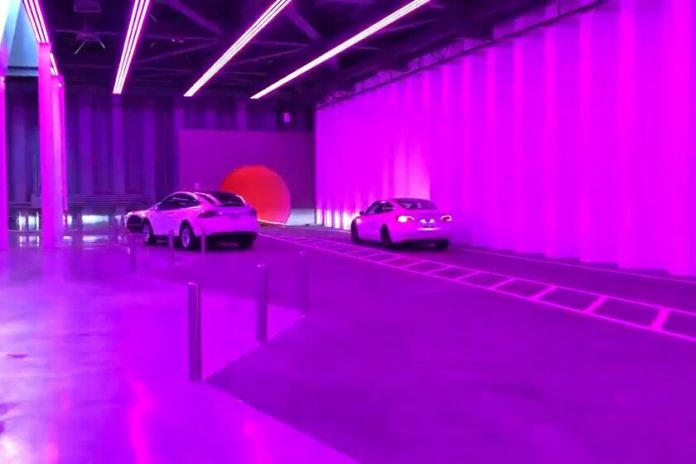 The Boring Company was born years ago as a rather insane Elon Musk dream based on a network of underground tunnels in Californian soil. Now, Elon Musk has allowed local media outlets to take a first look to see how the project is progressing … which at the moment inspires far less enthusiasm than might be expected.

The first of these routes underground is the Convention Center Loop, which departs from the Las Vegas Convention Center (where the famous CES is held) and has only 1.5 miles in length (2.41 km) in which up to two stops are made to unload passengers before reaching the final destination. The journey, which takes about 15 minutes on foot, is reduced to about two minutes aboard one of the operating Teslas.

Although the route for now is really short, so much so that doing it on foot is an alternative to value, the great ‘disappointment’ for now is the modus operandi of electric cars that act as shuttles between point A and B.

READ:  How to take a vertical screenshot of a web page on iPhone

The company promised trips aboard Tesla Model X, Model 3 and Model S modified to accommodate up to 16 passengers at a time, at speeds of up to 250 km / h and driven autonomously, but the reality today is far from it.

The demonstration carried out before media such as Las Vegas Review-Journal show that 62 Tesla used are for now conventional models driven by physical conductors that do not exceed 35 mph (56 km / h).

Footage of what it looks like when a @Tesla is traveling through the @boringcompany’s Convention Center Loop. #vegas #boringcompany pic.twitter.com/ph1DJoTYBi

A parade of @Tesla cars underneath the @LVCVA convention center. We get a first look at the underground transportation system. We’ll go for a ride at 11 @News3LV pic.twitter.com/toqpWvRbiD

In other words, The Boring Company tunnels toThey are still far from being that revolutionary mobility solution that promises to change the dense traffic jams of the most populated cities for an ultra-fast shuttle.

Now, what is not lacking from the beginning is a start very typical Vegas scene: a parallel universe under the ground set with lights and music that invites you to linger a while to contemplate it.

As of today, the project is not finished nor does it operate commercially, but its launch does not seem like it will take long. Following the Las Vegas Convention Center Loop, which will be expanded to more areas, The Boring Company plans to open similar tunnels in more cities such as Miami.

The tunnel project in Las Vegas has required an investment of $ 52.5 million by The Boring Company. As for the price that it will cost to use the service, for now the firm has not revealed it, although it is expected to be halfway between public and private transport on demand, such as Uber.

In Motorpasión | Welcome to Cannonball, the greatest illegal race of all time, where reality is stranger than fiction