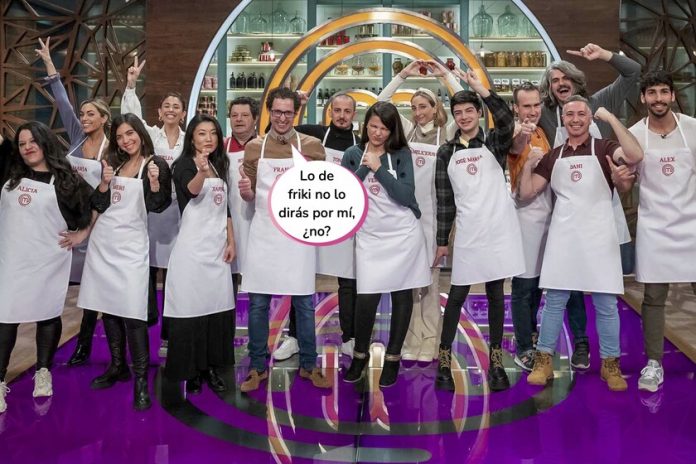 ‘MasterChef’ is back without tired children or famous highs! That show that whets your appetite until two in the morning and that, as it makes you hit several strokes, questions you if you are watching a culinary talent show or the new generations of ‘The Big Bang Theory’ (for the geeks, no for the talented).

The ninth edition of the most successful TVE contest premiered last night (as Rosalía would say), Tuesday, April 13, introducing us to the new 15 applicants to the title of ‘MasterChef Spain’, the only one that remains to get (due to improper merits) Cristina Cifuentes, who will not finally participate in the ‘Celebrity’ version of the format. With how good the creams are!

How could it be otherwise, this year’s casting is loaded with dramatic stories typical of the American realities of ‘Divinity’, as a girl with trauma because her father cheated on her mother with the babysitter (thankfully it was not with the Thermomix), and with geekiness in industrial quantities as if to collapse all the role-playing game forums on the web.

I present them to the already 14 contestants of ‘MasterChef 2021’ (They have expelled one) and candidates for ‘Survivors 2022’ or other reality shows whose participants are pseudo-celebrities: 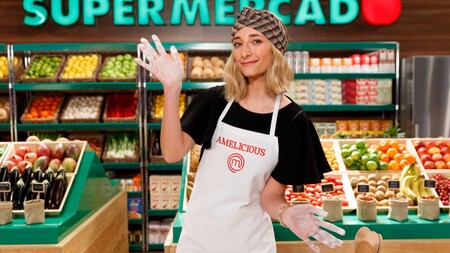 This young woman with an unlocked level name from ‘Candy Crush’ (she is surely Celia Villalobos’ favorite) He is from Barcelona, ​​he is 23 years old and he is a Pharmacy and Nutrition student. This adept of the guru Carlos Ríos argues that ‘healthy’ food can be “very fun and delicious”, a typical argument of those blessed with the wand of good genetics. 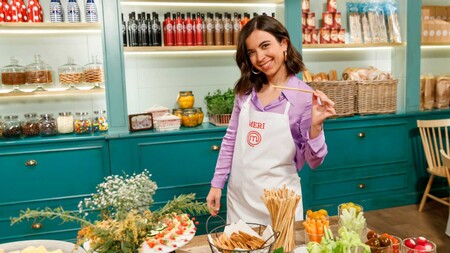 It is physiotherapist, so I hope that he touches his patients with more affection than that little beak that he is taking as if it had been rotten for four days. Also from Barcelona, ​​medical student and descendant of a family of athletes. To their 24 years old, Meri is one of the few who can say that with the same balsamic oil with which she smears your body to take away all the pain, she can make you an emulsion of flavors to take away your hunger. 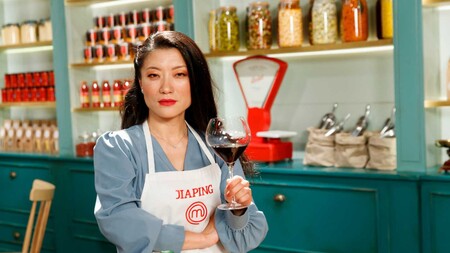 This Chinese woman, with the air of an Antena 3 weekend movie villain, conceived to take a nap and be able to resume it without losing the thread at any point in the film, He has lived in Spain for 12 years. Have 35 years and complexion of 25, comes from shánghai. It is ‘Chinesse business development’Whatever that means, and she’s been very unlucky in love, will she have more luck at the game? 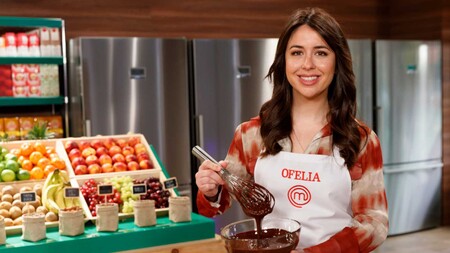 Ophelia is the protagonist of her own Turkish novel. His father cheated on his mother with the babysitter, with whom he had two other children, the one who cheated on the cook. But the cook isn’t her, huh! Not Castamar’s either, I suppose.

Have 29 years, is from Santiago de Compostela, his complexion is brimming with collagen and he is dedicated to Marketing. He thinks that “getting fat is vulgar”, the theory that Christmas, quarantine and summer have made me more vulgar than a ‘Bershka’ tracksuit. 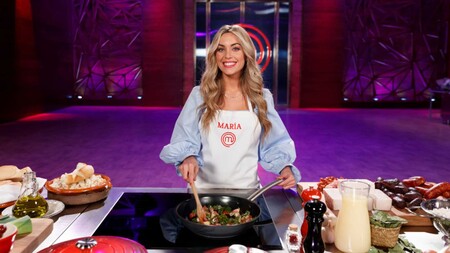 In addition to unintentionally setting herself up as the edition’s pibonexic, this Dulcinea from Tomelloso (Ciudad Real) She is the coordinator of any good event that takes place in Castilla La Mancha. Have 27 years, the race of tourism and a boyfriend she met at the fair in her town eating out of her hand since he is in the reconquest phase. Was he the wrong casting? Did you really want to go with your churri to ‘The Island of Temptations’? 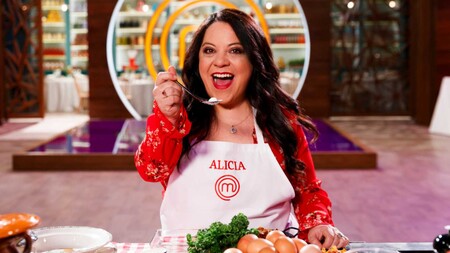 The main character of the first big fight of ‘MasterChef 9’. He is 43 years old and is journalist, although the TVE website says that she is Director of Marketing and Advertising … Let’s see if she is going to be the Sonia Monroy of the kitchen, who says she has a career in Hollywood that neither Lindsay Lohan (which is to say …)

Alicia goes from posturing, she doesn’t want to be a ‘skinny legend’, that is to say, what has been an unhappy little boy. The most interesting aspect of his biography is that he calls people who have affection “chubby” … So I hope he hates me forever! 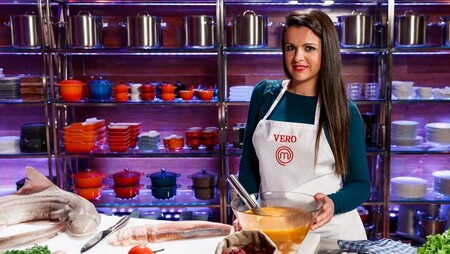 With this woman from Cádiz 35 years TVE once again fulfills its agreement with the worthy of having someone from the body in each of its reality shows. The sergeant Alicia’s ‘Chubby’ confronted for being a “bad captain”. But how does he allow his troops to rebel?

READ:  What Does PSI Stand For?

Before becoming Civil GuardIn her young days, Vero signed up for a kitchen module, but it is seen that she ended up putting all the half lemons in her kitchen together and chose to be the Lieutenant General of her pantry. 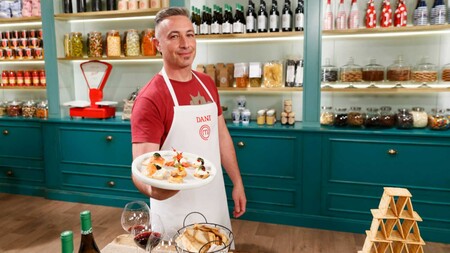 Dani has already set out to be the shippeo de Jiaping In the first show, ains the quarantine, which has all the single mature men forties climbing the walls! More than pairing wines, this businessman from Burgos would like to pair himself with some handsome cook.

Has its own bar in Getxo, where he has his employees trained to address him as a “sugar daddy”. 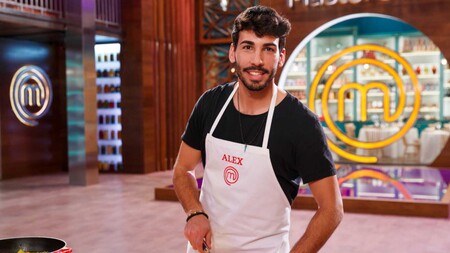 The handsome hunk of this edition is of a Palestinian father (not Palencia) and a Spanish mother. He was born in Barcelona, ​​he has 27 years and he also has a profession of modernitos whose name is in English to make it sound better, he says it is football management.

After having suffered an injury that frustrated his career as a soccer player (What would ‘MasterChef’ be without the injured players), now try your luck as an Arab proto-sheikh in the Catalan football clubs. 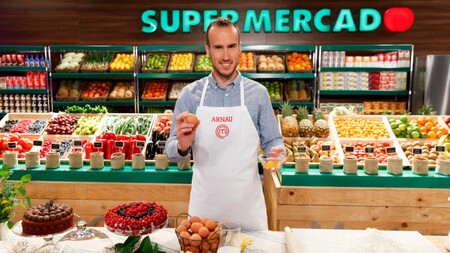 Arnau be part of the Barcelona gang which has entered the supermarket this year. Sure! Taking into account how tight they are and that the supermarket there is free … How could they not sign up for the casting! Live as a couple (quarantine survivor, yeah), has 32 years And it is commercial, but not from the center (it has not manifested itself politically, at least for now). 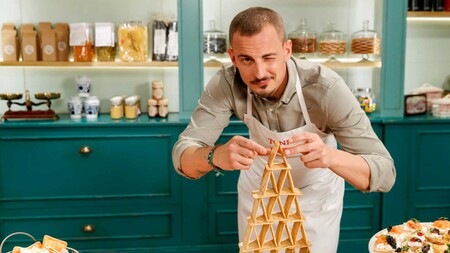 He prefers to make mountains of pretzels than Ferrero Rocher, which is cheaper. Have 34 years, It is Palma de Mallorca, has never been bitten by a cannibalistic foreigner in Magaluf and is poker playerHence the fine reference to the tower of toasts as if they were letters … How clever the photographer!

He is an entrepreneur and has worked in everything: selling flats, doing magic shows, as a toymaker in New York … He even became taciturn night professional, that’s why now it is also volunteer at Proyecto Hombre, to help all those who go through the same problem that he suffered. 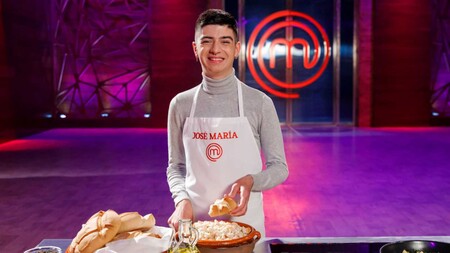 This fresh out of the teens of Badajoz it has surprised by its very hard history. He grew up with his grandmother because his father went for tobacco never to return and his mother is a drug addict. His “real mother” (the aweli) has started to develop Alzheimer’s so he lives only to his 18 years.

READ:  PlayStation boss says PS5 generation will have more exclusives than ever

“You know the lesson you are giving us that sometimes we complain. You are a fighter.” Incredible everything that has happened with only 18 years. Jose María deserves it! https://t.co/5KB3O2GWnE #MasterChef pic.twitter.com/BbIvYRGIwe

He lost his sister when he was only 9 months old in a traffic accident and introduces himself to ‘MasterChef’ to be able to continue pulling forward after his tragic story. “I pay for everything, my studies, my apartment … I’ve always been a fan of the program and I know that it can open doors for me, “admitted the Badajoz pee. 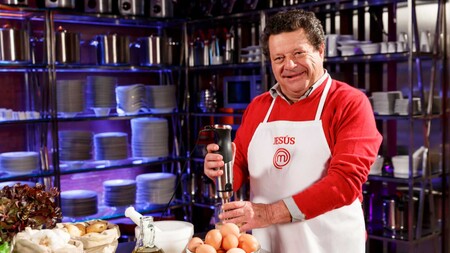 Do not take much affection because, spoiler alert, it has been the first expelled from the edition, it did not last long … You just have to see how he takes the blender! This man had the days counted in the program … He has 68 years, is also from Burgos and he has been the first to face the negative verdict of the Court of Judges as a good lawyer that he is. 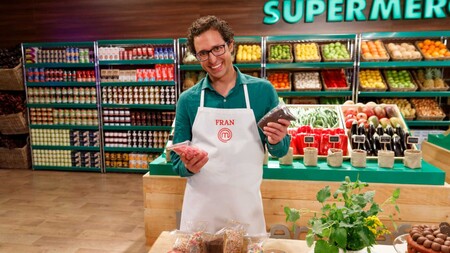 We can say that Fran is ‘hung’, but not because he is a full-blown character that we like to see in reality shows (which too), but because he comes from the hanging houses of Cuenca. Have 29 years, it is waiter and, despite his Google computer engineer looks, he acknowledges that “The subject of mobile phones and technology is understood justly”. 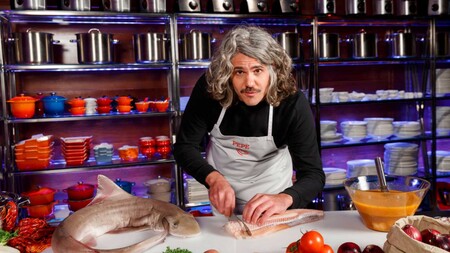 In addition to being the son that José Mercé and the comedian Vaquero never had, is a musician (He went out to father 1), a member of the well-known group (at his house at lunchtime, which is what suits him) ‘Planck Equation’ and has 37 years.

It is from Madrid he was expelled in his youth from three different institutes. Wow, that at that time more than ‘MasterChef’ was considering introducing himself to ‘Big Brother’. Will it take a long time to be eliminated from a fourth academic year or will he leave with a case in hand that is not his guitar, but the prize? 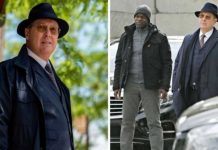 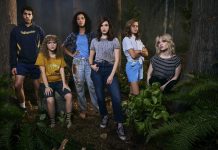