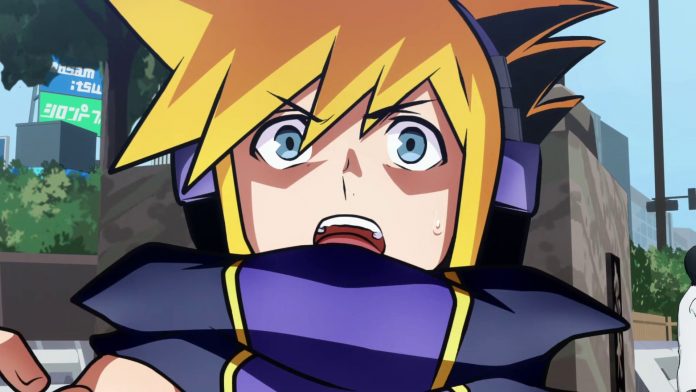 We’ve craved it for nearly a year, but we’re finally there. A few hours after the announcement that NEO: The World Ends With You will debut on PlayStation 4 and Nintendo Switch on July 27 (for more information on Square Enix’s new action RPG, we suggest you consult our preview of NEO: The World Ends With You), the long-awaited TV circuit was finally broadcast on the Japanese television circuit first episode of the anime taken from the founder of the franchise.

Simply titled The World Ends with You The Animation, the new animation series created by DOMERICA studios (Seven Knights Revolution: Eiyuu no Keishousha(e) Shin-Ei Animation (Doraemon) will in fact recount the events told at the time by the video game of the same name for Nintendo DS, allowing new generations and long-time fans to immerse themselves again in the streets of a lethal Shibuya populated by supernatural beings.

Since the anime has not yet been licensed from any streaming platform, e it is therefore not clear whether it will ever be proposed with subtitles or even with dubbing in Italian, we watched the first episode in Japanese, discovering a product that at least on the artistic level seemed unassailable.

The Game of the Reapers

Much like the video game it is based on, the animated adaptation of The World Ends With You begins with a shocking event: the death of the undisputed protagonist Neku. Awakening near the Shibuya Scramble Crossing, a very famous crossing that appears in many works of Japanese origin, the boy suddenly finds himself in a different Shibuya than the one he knows. Not only does the unfortunate Neku realize that he has lost all memories, to the point that he cannot remember his surname or what exactly happened to him before his arrival in Shibuya, but he discovers against his will that all the people around him do not see him. and they even pass through it, as if it were a bodiless ghost. As if that were not enough, the entire area is bounded in every direction by semi-invisible barriers, which consequently preclude any escape route. Trapped and distraught, the youngster’s attention is then drawn by the mysterious pins that have appeared inside his hand and by a bizarre e-mail received on his cell phone, inviting him to go to the 104 Building – a building based on the famous shopping center. actually located in Shibuya and called 109 instead – within sixty minutes maximum. In case of bankruptcy, will meet the game over and will be canceled.

More and more confused, poor Neku first witnesses the appearance of a chilling countdown on the palm of his right hand, which precisely indicates the time still available to him, and a few moments later the inexplicable dissolution of a peer. What seemed like only a joke is in short an absolutely real threat! Before he can even recover from the shock immediately, the boy is then attacked by creatures known as Noises and manages to save himself only thanks to the timely intervention of a pretty red-haired girl, who presents herself as Shiki Misaki and begs him to make a pact with her, in order to avoid the sad fate of the other humans erased before their eyes. Not being able to do anything else, Neku therefore shakes the girl’s hand, officially stipulating a pact and obtaining the psychic powers necessary to oppose and defeat the Noises. In fact, after being enveloped by a dazzling light, Neku finds himself able to generate powerful flames from his hands, while the pretty Shiki acquires the ability to control his rag doll and make him fight in his place against enemies. .

Defeated the Noises and reached the designated place, the so-called Reaper (or Shinigami, if you prefer the original nomenclature) reveal themselves in front of the two partners, congratulating and explaining to them that if they wish to survive, for the whole week just started. they will have to complete the missions they will receive from the Game Master, strictly trying not to run out of time for any reason. Only in this way will they be able to extend their stay in the Shibuya Underground for another twenty-four hours and access the next trial of the Reaper Game. A game that will prove to be extremely dangerous, but that will reward the winners with the possibility of returning to the world of the living and enjoying a second chance. For Neku and Shiki therefore begins a real course against time, during which they will have to learn to trust each other, since only those who are able to collaborate and synchronize can resort to the deadly combined attacks and consequently have greater probability of surviving. Also because competitors overwhelmed by negative feelings end up being possessed and consumed by the monstrous Noises, leading to premature cancellation.

READ:  Everything that works and what doesn't in the Netflix miniseries about the true story of the murderer Charles Sobhraj

Flying over the overused and obsolete stereotype of the protagonist suffering from amnesia and possessing poor social skills, the original video game of The World Ends With You included many characters with excellent characterization. The main flaws of the work, however, were the irritating background repetition and the long-winded dialogues – moreover in the visual novel style – which forced users to put up with endless exchanges of jokes, sometimes not too interesting.

This is basically the reason why, in our previous preview of The World Ends with You the Animation, we hypothesized that an animated adaptation could streamline the narrative framework and propose a more concise, fluent and engaging story. To our delight this is exactly what happened, as the first episode of the series summarizes in just over 20 minutes the events of the first three days spent in the other Shibuya by Neku and the other protagonists, while providing the viewer the essential notions to understand the functioning and the various rules of the Reaper Game. It must be recognized that the rhythm assumed by the narrative appears a bit anomalous, as events follow one another with exaggerated rapidity, when the game used to dedicate even hours to the construction of a complex world regulated by many laws. However, the solution adopted by the staff works well overall, since the content cut or in any case synthesized only concerns the sidequests and the most superfluous events of the story. Keeping in mind that even in the Nintendo DS title of the same name the first days of the story were very short, our hope is that the next episodes will slow down a little, in order to give the right space to the characterization of the numerous actors involved, who in each cases have been introduced quite effectively.

If the statements of the director Kazuya Ichikawa (Monster Strike the Animation, Clean Freak! Aoyama kun, Tantei Team KZ Jiken Note), which on the occasion of the Anime Expo Live had revealed that The World Ends with You the Animation would not have been totally faithful to the original material, they had frightened us not a little, the vision of this first episode instead served to clarify the true meaning of his words. As explained at the time, the series is not set in 2007 Shibuya, but in a more current version of the famous Tokyo district, so much so that the clamshell phones used by Neku and his companions have been replaced by more comfortable and performing smartphones. (a decision attributable to the precise desire of the creators to make the series more modern and plausible). For the rest, if we exclude a greater participation by Beat and Rhyme, which already in the first episode have in fact enjoyed a screen time higher than the original, the development of the story has not undergone any noteworthy changes, suggesting that this may not meet the great upheavals so feared by fans of the first hour. Indeed, there is a concrete possibility that the reworking carried out by the screenwriters will add gods precious unpublished details to the story, allowing us, among other things, to explore characters that were originally neglected, such as Joshua himself.

With a sublime artistic direction, The World Ends with You The Animation is a pleasant and lively product, which in addition exudes fidelity from all pores. In charge of rearranging the original character design of Gen Kobayashi and Tetsuya Nomura, the talented Arisa Matsuura he gave us back characters that are almost identical to how we remembered them, that is, minimalist and characterized by very heavy contours. The animated series also features opaque colors, very slight chiaroscuro and an almost absent depth, which overall contribute to replicating the much appreciated cartoon style of the video game of the same name. The excellent special effects resulting from the psychic powers of the protagonists and a good use of the CG, which as expected was used to give life to the excited fight sequences, finally embellish an already bewitching and sublime visual rendering.

The highlight of the package, however, is represented by a monumental and inspired musical accompaniment, which once again bears the signature of the supreme Takeharu Ishimoto: punctual, varied and enthralling, the soundtrack draws on the most popular pieces of the videogame, this time accompanied by unpublished tunes of equally high quality. Finally, there is nothing to complain about the dubbing in Japanese, which, as required by tradition, is characterized by an above average level of acting and adequate vocal combinations. Not for nothing, the cast includes professional voice actors of the caliber of Ayana Taketatsu (Leafa in the saga of Sword Art Online) e Kouki Uchiyama (Roxas in the Kingdom Hearts), whose vocal performance is absolutely flawless.