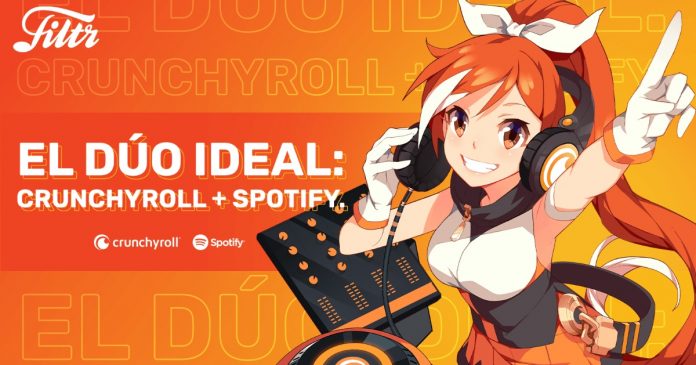 In a collaboration with Sony Music Colombia Crunchyroll has curated a great and varied list of music on Spotify which includes the best songs for fans of the anime spanning all genres, including K-Pop.

The list curated by Crunchyroll includes 32 themes that perfectly cover the best that Rock, J-Pop, Hip-Hop, Rap and other styles have contributed to the most famous anime series of recent times.

This playlist available on the audio streaming platform reflects the good taste and knowledge that the staff of Crunchyroll Latin America and Spain as it includes many of your favorite topics.

If you are interested in its selection or simply want to enjoy this music when you cannot see your favorite series in Crunchyroll You can do it through this link that will take you to the profile of Filtr Colombia in Spotify.

Sony, Crunchyroll and the monopoly investigation

Another of the recent news that we have brought you about Crunchyroll It has to do with Sony’s intention to buy the anime streaming platform and merge its catalog with that of Funimation.

And it is that this could seem practical for many since it would mean that all the great series would be in the same place, however that is just the problem since this would also give Sony enormous control over the industry of anime which would generate an unfair situation for other platforms.

In the United States there are laws against this, so the authorities of this country stopped the Sony purchase operation to carry out an antitrust investigation that could even prevent the acquisition of Crunchyroll.

Now you are informed of the latest related to Crunchyroll, on The Truth News We recommend you give the great playlist created in Spotify with the best of music for fans of the anime.