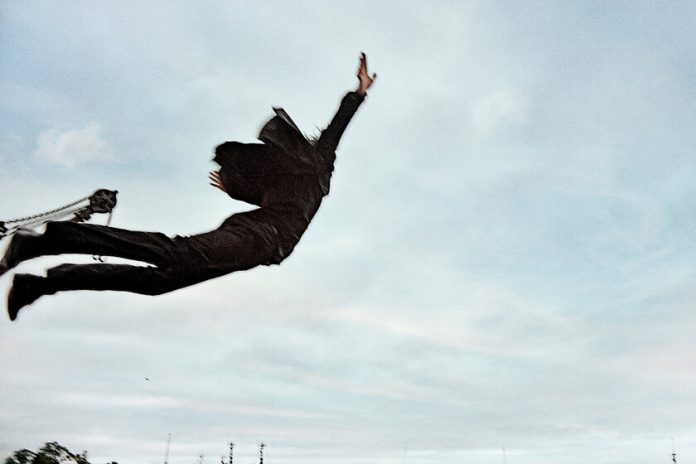 “Because of the alcohol! It causes and at the same time a solution to all the problems of life.“offered the patriarch of the Simpsons in the episode ‘Homer against the eighteenth amendment’ of the Matt Groening series, and they may have already read this phrase associated with ‘Another Round’ (Druk, 2020) in some text about comedy that brings together to Mads Mikkelsen and Thomas Vinterberg, but the truth is that there is no philosophy that better summarizes the idea of ​​the film in a few words, it is a toast with and for alcohol, for good and bad.

‘Another round’ starts from an a priori premise very typical of a European comedy, one of those that fill the billboards in cinemas in their original version: four professors who decide to start a peculiar sociological experiment based on the theory of the Norwegian psychiatrist and writer Finn Skårderud, who says that humans are born with a deficit of 0.05% alcohol in the blood, and it is when we make up for that difference when we become the best version of ourselves. So they decide to keep that alcohol level at the same level throughout the day to try to show that this way they can improve in all aspects of their lives.

The director of ‘The Hunt’ (Jagten, 2012) could have turned his film into a real studio in the style ‘Super size Me‘(2006), which could have married his most Dogma stage, however, encases his study on the drink in an apparent frame of cinema for men in their forties, in which the most clumsy critics want to see a replica of the classic crossroads generational of heterosexual white men tired of life wanting to throw a ball in the air.

And indeed, the fact that Mikkelsen is accompanied by Thomas Bo Larsen, Magnus Millang and Lars Ranthe, suggests that we are facing an art-house version of the Spanish “sister-in-law” comedy in the style of ‘Es por tu bien’ (2016 ), because in effect the story revolves around these men in different professional and family crises where the role of women does not have a natural space in history, beyond being the contact or absence that creates the demand for change in their lives.

However, there is a use of these characters to specify the speech that take ‘Another Round’ away from that typical divorce joke play. Its opening scene shows a group of young people drinking while doing tests, pimping, vomiting and creating a doubtful image about what the film wants to convey to us regarding drinking. Is it presenting us with a national problem in Denmark that reaches the point of worrying consumption? at an early age, or does it show us an ephemeral melancholic vision of lost joy and the best moment of our lives, why can we do crazy things?

READ:  Anne With An E: 5 Crazy Fan Theories On Season 4 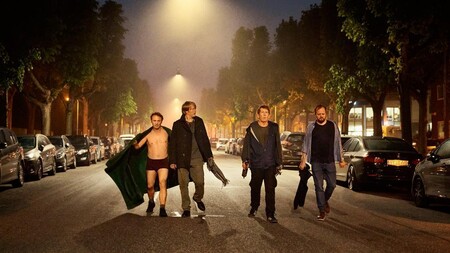 Vittenberg alternates the parties and the daily life of the protagonists with funny real clips of politicians and personalities that build a whole treatise of philosophical use on alcohol. Show the effects naturally and organically, does not judge, but does not avoid showing the darker side (and even tragic) of consumption. ‘Another Round’ is not a moralistic film, but it does make it clear that alcohol only amplifies the yearnings, sadness or anguish that already exist within us, for this reason each character represents a certain vital moment, and in each one of them has a different effect.

A funereal manifesto full of vitalism and void of sermons

What makes the film unique is its aspect of cinematographic elegy. When he had been filming for 4 days, Ida, the director’s daughter, died in a traffic accident at the age of 19. She was going to participate in the film as Mikkelsen’s daughter, there is only one dedication and the aura of bittersweet celebration that can be touched from the first minute. There is something special in the use of music from the dinner scene, that a difficult feeling to define that turns the film into a manifesto full of feeling and sadness that seeks to be assimilated, to learn to dance with it.

READ:  The JoJo event was illegally broadcast, it's a clash between the staff and the community

Even Mikkelsen’s astonishing dance sequence seems like an exorcism by and for Ida, a moment that will rival the video clip ‘Weapon of Choice’ (2001) with Christopher Walken as one of the most indescribable moments of catharsis that an actor has ever undertaken by dancing. Belonging to that line of spontaneous trances that cannot be written in a script and that unintentionally become moments to remember, forever associated with the song ‘What A Life‘ de Scarlet Pleasure.

‘Another Round’ is the bittersweet maturity of the punk Vinterberg, a last party flavored as an antidote to midlife crisis, a drunken manifesto of vitalist existentialism that does not judge but celebrates friendship and pain. ORa telluric drunkenness of melancholy and dark humor like balm for tragedy, alcohol on wounds, a jovial farewell flavored with sour wine and the warmth of a hug with laughter at meeting old friends at a funeral.