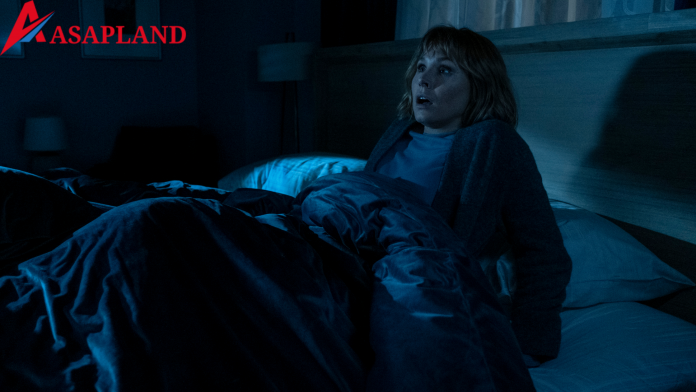 The Women In The House Season 2: When Can We Expect A New Season?

After resolving its murder mystery early in the finale, Netflix’s The Woman in the House Across the Street from the Girl in the Window appeared to have a happy ending.

Anna, played by Kristen Bell, learned that her father, Neil, and his sweetheart, Lisa, had been murdered by young Emma, but happily, Anna survived the attack by stabbing the little kid to death.

The Woman in the House fans was captivated by Kristen Bell’s Anna throughout season one, as they anticipated the truth behind Lisa’s (Shelley Hennig) murder.

The Women In The House Season 2 Release Date

Was it all a figment of Anna’s mourning mind? Can she really resolve the murder case? Or did she commit the assassination herself? A

ll of these doubts were answered in the shocking Netflix conclusion, which showed Emma (Samsara Leela Yett), a nine-year-old neighbor, was the murderer of her father Neil (Tom Riley) and his other half.

She thinks she saw a murder at a neighbor’s house, but everyone (even the cops) thinks she was simply intoxicated. Anna resolves to investigate the incident herself, breaking into homes, interviewing neighbours, and searching through the rubbish.

The Women In The House Season 2 Cast

Anna eventually solves the mystery, but in the film’s final scene, a new one emerges. The first season ended on a major cliffhanger, and it appears that they are already planning a sequel.

Hence, when can we expect Season 2 of The Woman In The House? It all relies on when Netflix approves the showrunner.

However, we believe the second season will be under production in 2022, possibly during the summer. As a result, the show will premiere on Netflix in the second quarter of 2023.

As of now, there is no word on whether Netflix will renew The Woman In The House for a second season, but it wouldn’t be surprising if it were expanded from a miniseries to a complete series.

Even though it was billed as a miniseries, the show has continued to dominate Netflix’s Top 10 streaming list since its January premiere, indicating that there has to be more to it.

Season 2 will follow Anna on the plane, in the airport, and even in New York City as she tries to figure out the truth by following the stranger’s itinerary. It’ll put her to the test since, even if she isn’t personally related to the deceased this time, she is nonetheless upset because she claims to have seen a corpse.

It might be similar to HBO’s The Flight Attendant in terms of political-spy shows, corporate espionage, and conspiracy thrillers, moving away from the drama and romance of Season 1 as Anna becomes this detective. So, now that you have a fair idea, what will be your thoughts on the second season?