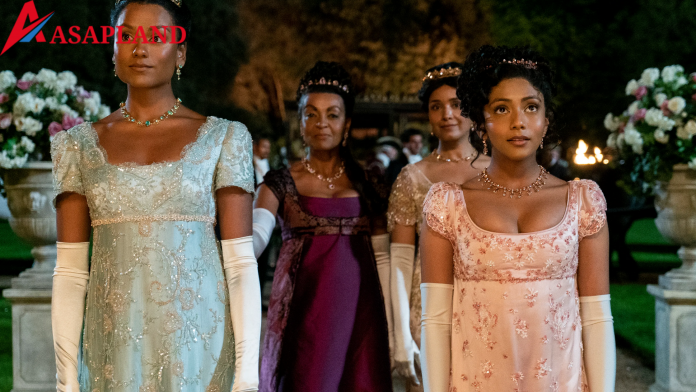 Netflix had confirmed Bridgerton’s comeback for a second season within a month after the show premiered, giving fans exactly what they wanted.

Bridgerton Season Two will premiere on Netflix on March 25, 2022, and we’ve never been more excited about anything.

The season 1 ending teased what romance might be in store for the citizens of the ton. Still, not every fan-favorite character will appear for the next season, according to new casting news and critical information.

Bridgerton has always taken pride in being a love tale — but not in the traditional sense. The hit rom-com series, based on Julia Quinn’s novels, emphasizes not only romantic love but also friendship and family love.

Season 2 will also introduce the Sharma Family. They are outsiders to the ton from Bombay, demonstrating how important it is to have a close-knit family unit to exist in this world where everyone has disoriented lifestyles.

Simone Ashley, playing Kate Sharma in Bridgerton season sat with Entertainment Weekly for an interview. There, she emphasized why the Sharma Family is an incredible addition to the story.

She went on to say that the family is mainly led by a bunch I women who are navigating their way through the English culture in London. Ashley explains that the family member of the Sharmas, the Bridgertons, and the Featheringtons are equally important.

All these families work as a unit, and when we are accustomed to them, we want to be a part of them as well. Hence, that is what makes the household part of the show so domestic and heart-warming.

You may recall that Daphne is now not only Simon’s wife and a duchess but also the mommy of their little kid, following a season-long saga of enemies-to-friends-to-lovers.

Regardless of Simon’s absence, In Season 2, when Simon is away from his lady wife, Daphne will be there to support her family and her older brother, Anthony (Jonathan Bailey), as he embarks on his own love affair with Kate Sharma, played by Simone Ashley. Hence, we will be a part of all sorts of romance and bonding through the brand new season 2.

Now that their feud has been ended and they’re happy having kids at Clyvedon Castle, Daphne (Phoebe Dynevor) and Simon Basset (Regé-Jean Page) will no longer be the show’s major characters. Dynevor will, however, reprise her role as Daphne in her older brother’s love tale as a supporting character.

Lady Mary Sharma, who was previously entangled in a scandal, will be played by Shelley Conn, while Calam Lynch will play rebellious printer’s assistant Theo Sharpe.

Ever since season 1 premiered, fans have been quick to guess that there is a great possibility for Bridgerton to come back for another season. Now that all our wishes have been granted, we are way too excited for the 25th March 2022.