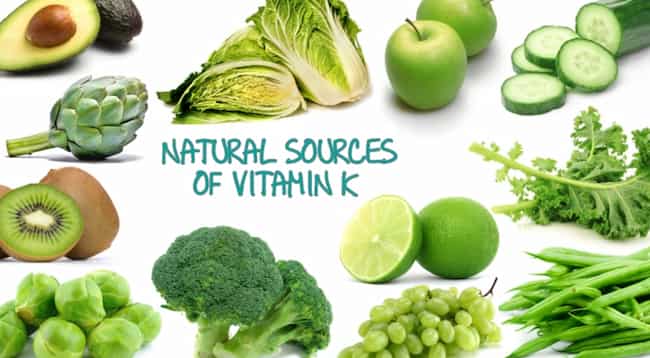 Vitamin K2 or menaquinone is one of the several fat-soluble vitamin forms belonging to the vitamin K family. The other types are Vitamin K1 (phylloquinone) and Vitamin K3 (menadione). Vitamin K2 can be found in fermented foods like cheese, liver paste, natto, and eggs, as well as meat from grass-fed animals.

In the human body, vitamin K2 is converted from phylloquinone to menaquinone by certain types of bacteria. In fact, this conversion has been shown to occur in the large intestines and it’s believed that this is how Vitamin K2 enters our bodies. However, some menaquinones are also produced in our own bodies by conversion of phylloquinone.

Why do we need Vitamin K2?

Vitamin K, of which there are several types, is crucial for blood clotting and healthy bones. It’s involved in calcium transport and the activation of certain proteins responsible for bone building. Vitamin K2 in particular is necessary for the proper function of calcium-regulating proteins. Only when activated, these proteins are able to deliver calcium to our bones and teeth.

But that’s not all this vitamin does. It acts similarly to insulin by helping transfer glucose into your cells for energy production. And just like insulin, Vitamin K2 also helps store glucose in your liver.

Vitamin K2 is also crucial for building healthy bones because it activates an enzyme that makes osteocalcin, which binds calcium to the bone. Moreover, Vitamin K2 reduces oxidative stress – a condition caused by low-grade chronic inflammation which leads to cardiovascular disease, cancer, and other age-related diseases.

How much Vitamin K2 do I need?

The recommended daily allowance of vitamin K is only 75-120 micrograms for adults which makes it one of the least abundant vitamins in our bodies. Even though this amount might seem small, whole-food-based sources are able to provide more than enough for optimal health if consumed regularly.

After the age of 50, vitamin K2 consumption becomes crucial because you’re unable to produce it in your body anymore. This is due to lower levels of certain bacteria that are needed for its production. Evidence also suggests that older adults have a harder time absorbing dietary or supplemental phylloquinone – an issue even more evident with vitamin K1.

However, a review of the literature on vitamin K2 and osteoporosis concluded that there is not enough evidence to determine whether this form of the vitamin can reduce bone loss or fracture risk. While some studies suggest that it’s an effective way to prevent these conditions, others like this one link high dietary intakes with an increased risk of hip fractures.

More research is needed to determine whether or not this vitamin can help prevent other age-related conditions like cardiovascular disease, cancer, and other diseases related to calcification which are prevalent in our society.

Where does Vitamin K2 come from?

Vitamin K2 can be found mostly in animal sources, but there are also some plant-based sources such as natto, a fermented soybean product.

Some of the best natural food sources of Vitamin K2 are:

Despite the fact that this vitamin can be found in some plant-based foods, the best sources are animal products like meat and dairy. However, if you’re a vegan or vegetarian, don’t worry – fermented vegetables like sauerkraut, natto, and cheese are readily available for your daily dose of Vitamin K2.

I bet you’re wondering why I haven’t mentioned Vitamin K1 yet. Well, the reason for that is that it’s mostly found in vegetables like dark green leafy ones which are also rich in phytonutrients with antioxidant properties. The recommended daily allowance of Vitamin K1 is only about 120 micrograms per day which is barely enough for an adult.

Due to its low availability, it’s difficult to derive sufficient amounts of Vitamin K1 from diet alone which makes supplementation necessary. Some sources mention that the intake of Vitamin K1 with warfarin might interfere with blood clotting due to their mechanisms being similar, but I couldn’t find any research confirming this.

As for the differences between Vitamin K1 and K2, I guess you don’t really have to worry about them because their main mechanism of action is activating blood clotting proteins. It’s safe to assume that eating lots of different vegetables will provide enough Vitamin K1.

And just like many other compounds, it’s practically impossible to overdose on Vitamin K2 since it’s not toxic and excessive amounts will simply be eliminated by the body.

As far as I can tell, there has been no reply from Chris Masterjohn to the critique of his article that I submitted. Since he seems to be unwilling or unable to address my concerns and since many people ask me about what vitamin K2 does exactly, daily requirements and dietary sources, etc., I decided to write a brief post myself on this blog about it.

I will avoid repeating the points that I made in my earlier posts and list only what appears to me as important new information or information that seems to be relevant but was not addressed by Chris Masterjohn.

Vitamin K2 in the food chain:

The statement that menaquinones are produced by animal tissues is simply wrong. The bacteria in the gut of ruminants (ruminants include cows, goats, sheep, etc.) produce vitamin K2, and the animal itself can then convert this to various kinds of vitamin K2.

Other bacteria in the soil (a small amount gets into the grass that is eaten by herbivores) can also produce vitamin K2, which will then get into meat or eggs. Thus all kinds of animal products contain preformed menaquinones, mostly MK-4 and to a lesser extent MK-7.

Vitamin K1 can only be found in plants because it is the bacterial product of leafy greens which are eaten by the plant. So meat-eaters get preformed vitamin K2 (mostly MK-4, but also some MK-7) while vegetarians get vitamin K1 which has to be converted, by gut bacteria and the liver, into vitamin K2.

Chris Masterjohn claims that “vitamin K1 has not been shown to elevate blood levels of MK-4”. The fact is that it does so only marginally (if at all), but that conversion from K1 always results in the production of some MK-4, and therefore meat-eaters always have a small amount of MK-4 in their blood, which is much more than the amount found in vegetarians. The important question here is not whether there is any difference between having or not having some extra MK-4 (which there is), but whether this makes any physiological sense.

The fact that Chris Masterjohn considers it an active area of research whether vitamin K2 does anything at all to bones is already quite telling. The fact that he even considers it possible that it could do nothing says a lot about the low state of affairs in this field.

It is simply wrong to say that members of the vitamin K research community are not aware of dietary sources for MK-4. This information has always been known, at least since 1995 when MK-4 was first discovered in food. The complete list of dietary sources is available here. Also, Chris’ claim that “only foods high in fat or animal products contain high amounts of MK-4” is simply wrong.

In fact, there are no foods that contain significant amounts of MK-4 which are not high in fat or animal products. Since dietary sources for MK-7 have been identified only very recently and since they were identified using a method devised by Chris Masterjohn himself, it is strange that he does not even mention them.

It is simply wrong to say that supplementation with MK-4 has no effect on blood coagulation or calcium metabolism, and it does so in a very healthy way. The fact that there are some possible downsides of excessively high doses of MK-4 supplementation has no bearing on the fact that it does what is claimed of it.

The most disturbing thing in all of this is not so much that Chris has got things wrong (although he certainly has), but that this will lead quite a few people to conclude that vitamin K supplementation with MK-4 is unnecessary. I think there are very good reasons to believe that this is just not true.

I very much respect some of the things Chris has done in the past, but I am disappointed by some of his recent writings. Vitamin K2 mk4 supplement

He clearly shows some bias against synthetic vitamins and against MK-4, while he gives no good reason for this bias. He also has become rather selective in what he presents as evidence for or against the health effects of MK-4, which makes me wonder whether he is open to the idea that his conclusions are not always supported by all available evidence.

More importantly, though perhaps most disturbingly, he seems to be doing exactly what he accuses others of doing when they come up with possible dangers of MK-4, which is reaching a conclusion first and then looking for evidence or making up “evidence” to support it afterward. It is not clear whether this has been done in good faith, but I do hope that Chris can see the limitations of his current approach.

MK-4 is the most effective long-chain menaquinone and has been shown to be more effective than vitamin K1 in activating osteocalcin, which is a marker of osteoblast activity in bone. However, it has no effect on other markers that are linked with carboxylation status (i.e., prothrombin, factor II; osteocalcin, osteonectin).

Supplementing with MK-4 results in a transient increase of carboxylation status of osteocalcin. In contrast to vitamin K1, the supplementation of MK-4 does not affect the levels of uncarboxylated osteocalcin or other known vitamin K-dependent proteins (e.g., prothrombin).

MK-4 supplementation is, therefore, able to increase markers of osteoblast activity without affecting other vitamin K-dependent processes such as blood coagulation and calcium deposition into bone. This fact makes it particularly attractive for the prevention and treatment of bone loss, cardiovascular disease, and cancer. 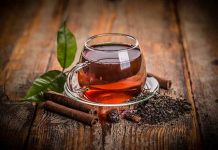 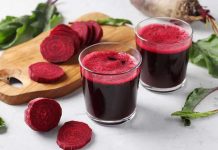 Benefits of Beet Juice and Side Effects 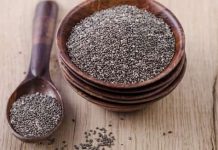