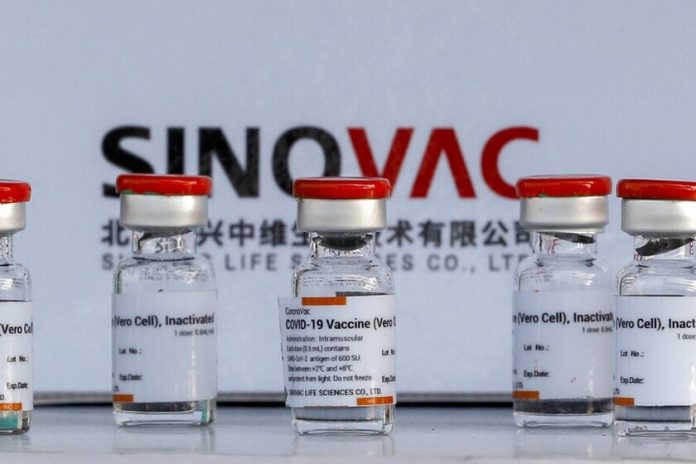 China has a problem with the relatively low efficacy of its vaccines, such as Sinopharm and Sinovac (about 50-55% Sinovac, a vaccine that is also being used in Chile).

Faced with these data, Gao Fu, the head of the Chinese Center for Disease Control and Prevention, has pointed out that health authorities are looking for ways to overcome the relatively low efficacy rates through various strategies, how to mix different vaccines with each other or go from inoculating two doses to inoculating three.

The triumph of mDNA vaccines

At the moment, China has given approval for emergency use to four vaccines for COVID-19: two developed by the pharmaceutical company Sinopharm (both of inactivated virus), one by Sinovac (inactivated virus) and another by CanSino (non-replicating viral vector).

As of April 2, some 34 million people have received the two required doses and about 65 million had received one. A relatively low vaccination rate when compared to countries like the United States. So far, it has prioritized people between the ages of 18 and 59 who are at the highest risk of infection and transmission, such as critical workers and public service employees. Furthermore, it has not yet approved any foreign vaccines for use in the country and has also raised doubts about the effectiveness of Western vaccines.

Nevertheless, voices discordant with the official speech begin to be heard. One of the first Chinese authorities to expose the problem of the low efficacy of these vaccines has been Tao Lina, a vaccine expert from Shanghai.

Both Sinopharm and Sinovac use virus-inactivated material to boost the immune system, which are less effective than messenger RNA vaccines (Pfizer, BioNTech, and Moderna, which have been shown to prevent about 94 percent of infections).

Admitted defeat to the statistics, and in order to increase the effectiveness of these vaccines, various options are being considered, such as adjusting the dose, reducing the interval between doses or increasing the number of doses. Another option that is being considered would consist of mix vaccines using different technologies. At the same time, research on vaccines that can counteract new variants of the disease for which Chinese vaccines are not very effective is also intensifying.

READ:  The final version of iOS 14.5 is near: when will we see its launch

For the option of mixing vaccines (for example using a different vaccine in the second dose than the vaccine used in the first dose), currently China has its reservations and some of its medical authorities point out that there are risks that must be taken into account. There are studies that support this possibility, indeed, but animal studies cannot be extrapolated in most cases.

Additionally, health experts generally agree that combining different vaccines should be a safe practice, and clinical trials are underway in Britain and other countries to see if this strategy would provide better protection against COVID-19.

The options, for the moment, are none other considering that the efficacy data of Chinese vaccines are relatively very low. So far, his vaccinations had a 50.4% efficacy rate in trials in Brazil and 83.5% in separate trials in Turkey. In the real world, preliminary findings from a large-scale study in Brazil showed that it was about 50 percent effective in Manaus, a city in the Amazon region where three-quarters of new cases were caused by the P1 variant. highly transmissible. Similar results have also been suggested in Chile.

READ:  reaches 200 million Prime subscribers, but its employees have to pee in bottles

Sinopharm, for its part, maintains that its two inactivated vaccines have efficacy rates of 79 percent and 72.5, respectively. In comparison, the Oxford / AstraZeneca vaccine has a 76 percent efficacy rate, lower than Pfizer’s, and has also been dwarfed by rare cases of blood clotting, while Johnson and Johnson’s one-dose vaccine has an efficacy rate of 66.3 percent.

In the race for vaccination, then, it seems that we are going to have to make new decisions as we go along, as new data, new variants and, above all, new vaccines appear.