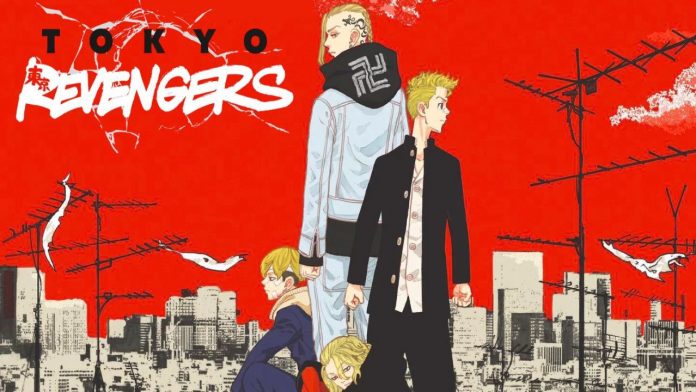 One of the most anticipated anime of this spring 2021 schedule has finally made its official debut. Let’s talk about the animated adaptation of Ken Wakui’s work Tokyo Revengers. Will the premiere be able to meet the very high expectations of the community? Let’s find out the reaction of viewers on social networks.

The Tokyo Revengers plot is intertwined between time travel, mysterious murders and the school life of Hanagaki Takemichi, a young boy who finds himself involved in a strange plot twist. Pushed under a moving train, instead of perishing, the protagonist finds himself projected back in time, an event that allows him to relive his troubled youth and to remedy a situation that has marked him forever.

During the school term, Takemichi was a thug who was part of a notorious gang and was engaged to a girl who died in a tragic accident. Now that he’s back in the past, he can finally try to save the love of his life.

READ:  Pokémon: The community commemorates a burning two of spades received by Brock

But how was the first episode of the anime judged? On social media, fans seem to have embraced this debut in a way more than positive. “I just watched episode one of the Tokyo Revengers anime, I’m a huge fan of the manga, I think it’s a touching and epic story, and I highly recommend checking out the animated series. I am sure you will also fall in love with the manga. It is beautiful and is also among the trends in Japan“wrote one user on Twitter.

More generally, this first installment seems to have intrigued the spectators, who are eagerly awaiting the next one. “I saw the first episode of Tokyo Revengers the other night, it was good. I look forward to the next episode … I’ve seen many people speak well of the manga, so I hope the anime is good too “.

And you instead follow the manga or have you already watched the episode? Let us know what you think! In the meantime, here are all the details on the Tokyo Revengers anime. Don’t miss the first Tokyo Revengers trailer.

I just watched “Tokyo Revengers” anime ep 1, I’m a super big fan of the manga, I think it’s a very touching & epic story, I really recommend people to check out the anime, Im certain you will get hooked on the manga too. It’s so good, trending in Japan too. Make furyo mainstream! pic.twitter.com/peYHk8UDn9

Saw the first episode of Tokyo Revengers last night, it was nice, looking forward to the next episode … I’ve seen a lot of people talking about the manga so I hope the anime is good pic.twitter.com/0LDLQQz2QG