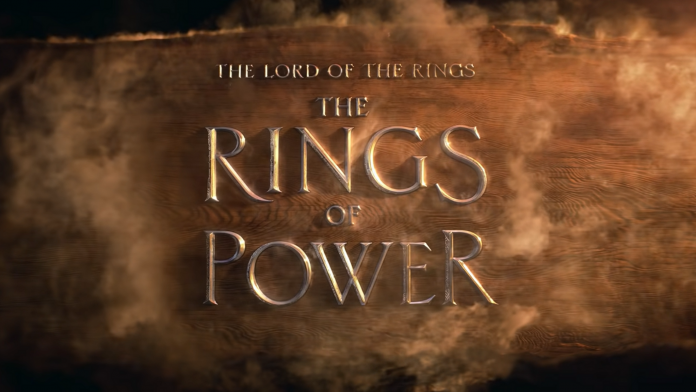 The Lord Of Rings: The Rings Of Power Is Coming This Year On Amazon Prime Video

We have been pretty sure for a long time that Amazon is mustering a brand new lavish series. Ever since the streaming platform announced the information, viewers had come out with the title of The Lord Of Rings.

The Lord Of Rings: The Rings Of Power Release Date

However, now the brand new show has a mystic title. Amazon Prime Video is officially releasing the much-anticipated show, The Lord Of Rings: The Rings Of Power, by 2nd September 2022. Something that has extremely caught our attention is the exquisite introduction of the title. Seems like Amazon Prime Video is standing firm with a big budget.

The Lord Of Rings is adapted from J.R.R Tolkien’s Middle earth and has infused a few more classic storylines from the fantasy series. The entire plot of The Rings Of Power takes us thousand years back from the incidents that took place in The Lord Of Rings, in the fantasy land of Middle-earth.

As suggested by the creators, Patrick McKay and J.D. Payne, the show will reveal to us the backstory of all the forged rings. Until now, the audience was acquainted with the One Ring only. However, there is an epic story to tell about the other rings.

As mentioned earlier, Amazon had a big budget planned for The Lord Of The Rings: The Rings Of Power. The platforming is investing a lot more than $400 million, making the show as expensive as it looks.

Moreover, there is a plan of lining up five seasons, and the stakes will grow higher every time. According to sources, the first went under production with a budget of $465 million, being filmed in New Zealand. Hence, every season might have a renewed budget of similar levels.

The Lord Of Rings: The Rings Of Power Cast

There’s more to the thrill. Every episode will have a weekly premiere instead of releasing all at once. Weekly premieres are an excellent tactic to boost engagement and viewership.

READ:  Boruto: the anime removes a part of the meeting between Kawaki and the Hokage, angry fans

When we take away the benefit of binge-watching, there seems to be anticipation that forces the viewers to wait. Knowing that the series has to be a banger, Amazon is undoubtedly doing a great job at the promotion as well.

In a behind-the-scenes video, we see that the title sequence of The Rings Of Power is actually made so cinematically that it is hard to believe the organic process. You’ll see the title being made on top of a flat block made out of reclaimed redwood.

The flowy molten metal then fills in the carvings of the letters of the title. Amazon only proved using CGI cannot do much justice to a show as powerful as this.

The Lord Of Rings: The Rings Of Power is coming this year on amazon prime video this September 2022.

The show will be globally released in multiple national languages. With weekly premiers, The Rings Of Power will comprise eight thrilling episodes. So, are we ready to get mind blown by the mystical experience of The Rings Of Power?