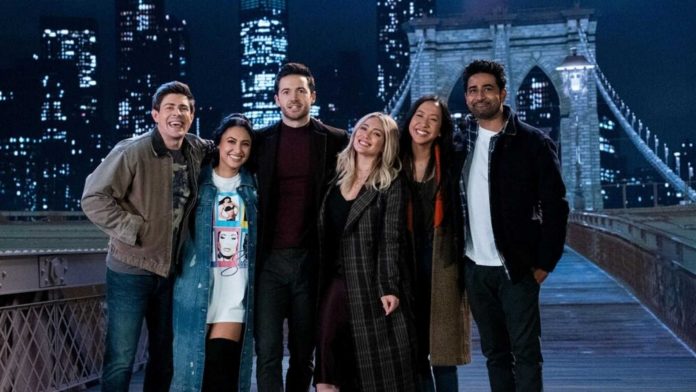 How I Met Your Father Season 2: Is It On The Way?

It has already been eight years since the premiere of the last episode of How I Met Your Mother. The good news is that we already have a spin-off coming our way. How I Met Your Father is finally premiering on Hulu.

How I Met Your Mother was on television for nearly a decade which makes us wonder if the spin-off will have many episodes as well. However, hoping for a season 2 at this point is entirely redundant. We are not even confirmed if the sequel will be long enough to make us feel satisfied.

How I Met Your Father Season 2 Release Date

Hulu, like most online streaming platforms, makes most of the decisions of the renewal of their shows. Hence, season two of How I Met Your Father could be far from confirmation. Also, we are not sure if the spin-off will gather as much audience as its predecessor. Implying the uncertainty, the second might be a little too far from our reach.

READ:  "13 Reasons Why" Season 4: Will Clay and Group have to face the consequences of Bryce's Death? [Spoilers Ahead]

Another point is that How I Met Your Father has ten episodes for the first season. These episodes are premiering on a weekly basis instead of releasing all at once. So, until we finish watching the first season, we are likely to get confirmation much later.

Moreover, the spin-off of How I Met Your Mother was probably never going to be released if not for the constant efforts of the team. How I Met Your Father is precisely the second attempt the team worked on.

Initially, the spin-off was to be named How I Met Your Dad. However, the show could never be released due to certain disputes we are unaware of. The show was being planned. How I Met Your Mother had its final filming. Clearly, the chances of having a second season are thin.

This version of the show could have probably been canceled if not for the great showrunners, Cocreators Isaac Aptaker and Elizabeth Berger. As they were working on This Is Us, the spinoff was kept aside for a long time.

READ:  Castlevania 4: the new season of the Netflix anime is shown in the first official poster

Until 2021, the production was not even confirmed by Hulu. With the former showrunners Bergers and Aptaker, How I Met Your Mother is coming back starring Hillary Duff and Kim Cattrall as Sophie. New York seems to have swayed all the characters with its vibe, and we will be thrilled to see any new additions.

Hulu is pretty good at renewing their shows. As much as we hope that the second season is back, the streaming platform has to decide for itself. However, we should be anticipating How I Met Your Father, the ultimate season we have been waiting for.

The show will include ten comical episodes and will premier on a weekly basis. Hence, there’s no chance of binge-watching.