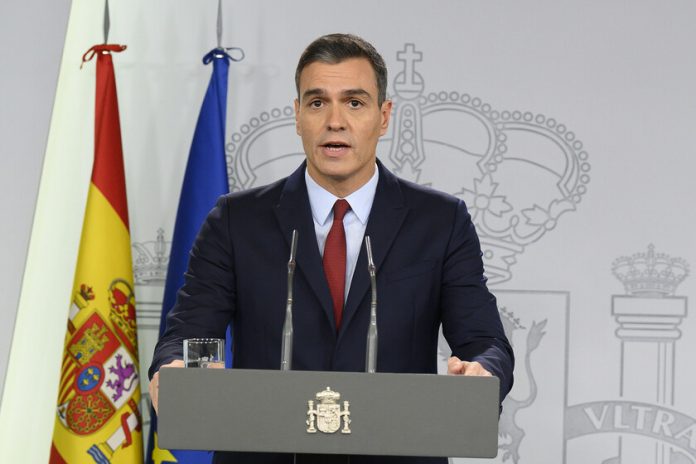 We have a calendar. After months of estimates, relatively generic goals, and logistical problems, Pedro Sánchez has just set a clear calendar on the near future of the Spanish vaccination campaign. According to the President of the Government, in the “prudent and more conservative” scenario 33 million Spaniards, 70% of the adult population will be vaccinated with a full schedule at the end of August.

Sánchez has recognized this vaccination objective is part of a “tremendously complex” process and is a key piece in the executive’s response to the end of the State of Alarm, on May 9. That is to say, at the end of many of the restrictions that still operate today in the national territory. For this reason, we are not facing “one more objective”: we are facing the fundamental objective to rebuild the normality of the country for the end of the year.

So the question is, Is it a realistic goal? Can we get it? How do you have to increase the rate of vaccination to do so?

What are the milestones of the Government?

“During the next week, in Spain there will be more people vaccinated with a complete schedule than the number of people who have been reported contagion. Secondly, in the week of May 3, five million compatriots will be vaccinated with the full schedule“, said President Sánchez after the Council of Ministers.

READ:  on eBay you have them for 252 euros with this coupon

Although all these figures depend on the supply of vaccines, the Government is convinced that the vaccination process will be accelerated. Therefore, the objective (in the most “prudent and more conservative” scenario) is clear: “we want to achieve, we are going to achieve that 70% of the adult population, that is, 33 million Spanish men and women are immunized with the complete guideline at the end of August “.

The moment of truth: the rhythm we need 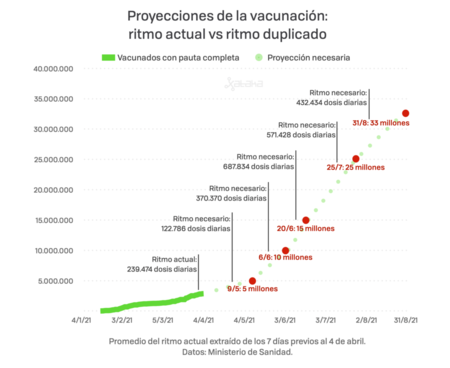 That is, with the announcement of the Government the letters are on the table: we know how many vaccines we need to give each day to achieve the proposed objectives. For example, if we want to have five million Spaniards vaccinated by the end of the week of May 3, we need a rate of at least 122,786 daily doses, seven days a week. This goal is not difficult to achieve since, currently, we are around 239,000 doses a day.

The situation becomes much more complex to reach the goal for the week of June 14. At that time, according to the government’s goals, we will have to have completed the guidelines of 15 million people. AND This forces us to have to vaccinate about 700,000 people for a few days.. It is not impossible and, in fact, there are countries like the United Kingdom that have exceeded that figure; However, it gives a good account of the complexity of the campaign we are facing. It should not be forgotten that double-dose vaccines (which will be essential even during this quarter) greatly complicate logistics.

That will be the peak of the campaign and, although there is from that moment the rhythm can relax slightly, the truth is that we handle figures of around half a million doses (and never less than 400,000) a day to reach the goal of 33 million people by the end of August. A challenge for the health system, but a more manageable challenge if, in addition, single-dose Johnson & Johnson vaccines are incorporated in a greater proportion than expected. 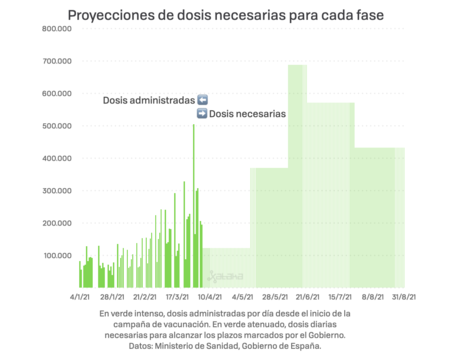 Once again, it seems that the vault key of the vaccination campaign is that there are no contingencies with the vaccines. Something that, as we have seen in recent weeks with the AstraZeneca vaccine, cannot be ruled out at any time. However, as of today the situation changes: we will be able to monitor the vaccination campaign in real time and we will be able to know whether or not we are meeting the objectives that will put us on the path to achieving the true “new normal”. 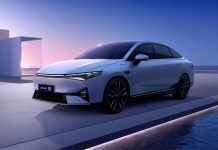