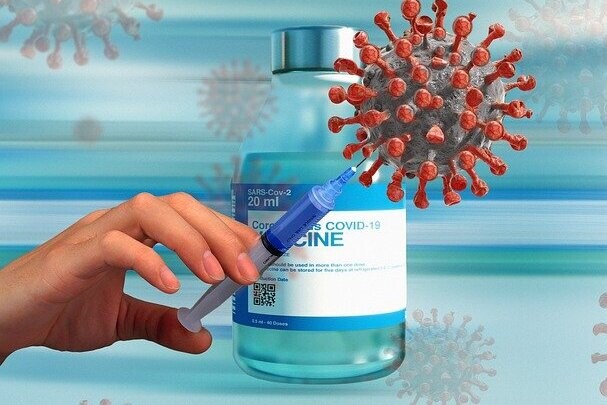 Throughout this week, the first shipment of the vaccine Janssen, a Johnson & Johnson subsidiary, will arrive in Spain to combat COVID-19. As it is a single dose vaccine, it will not be administered to those who have already had the disease.

A total of 300,000 units that, as it is the first single-dose vaccine to arrive in Spain, it will count as if 600,000 doses of any of the other vaccines already circulating had arrived. It is estimated that up to 5.5 million doses will be added throughout this second quarter (approximately 1 million in May, and 4.2 million in June).

It arrives in Spain this Wednesday, after the announcement by the Ministry of Health of a 24-hour delay, given that it was expected to arrive this Tuesday. The European Union has bought 200 million doses (10% for Spain).

In September, after a massive phase III trial was conducted in a dozen countries with almost 45,000 volunteers, the efficacy of the Janssen vaccine was found to be high: 66.9% 14 days after the puncture (85% when it comes to preventing the disease from developing seriously or critically). J & J’s vaccine was recommended for EMA clearance on March 11, but had not yet been distributed.

It works similar to that of the AstraZeneca vaccine.: to activate the immune system, Janssen uses a viral vector, specifically adenovirus 26. It has been developed from the company’s AdVac technology platform, a tool that had already been used to develop the Ebola vaccine

However, the great advantage of Janssen is at a logistical level: although they can be kept at very low temperatures for two years (between -25º and -15º), they can be transported refrigerated at temperatures ranging between 2º and 8º, being effective up to in a period of three months under these conditions. In other words, the vaccine is compatible with our usual supply chains for other drugs. Once out of the refrigerator it must be administered within 12 hours maximum.

Although the initial vaccination strategy was to focus on vulnerable people due to their age (over 65 years, not residents of nursing homes), Moderna and Pfizer have already been inoculated in many people over 80 years of age and AstraZeneca is focusing on the people between 60 and 69 years old, so in the end Janssen will be mainly aimed at the age group between 70 and 79.

Vaccine not without controversy

However, as has happened with AstraZeneca, the Janssen vaccine is also embroiled in controversy due to its associated thrombus risks. Thrombi that are also very rare: one case in every 3.5 million vaccinated, according to data from the United States, a country where 10.6 million people are inoculated with Janssen.

The European Medicines Agency (EMA) has opened an investigation for four cases of thrombi after inoculation. One occurred among participants in clinical trials, and the other three are Americans who have already been vaccinated. For the moment, however, the benefits far outweigh the risks. And it should be remembered that thrombi have also been reported in patients who had received the Moderna and Pfizer vaccines, over which this halo of suspicion does not fly.

READ:  Apple could renew the design of the icons of iOS 15 according to two changes already available