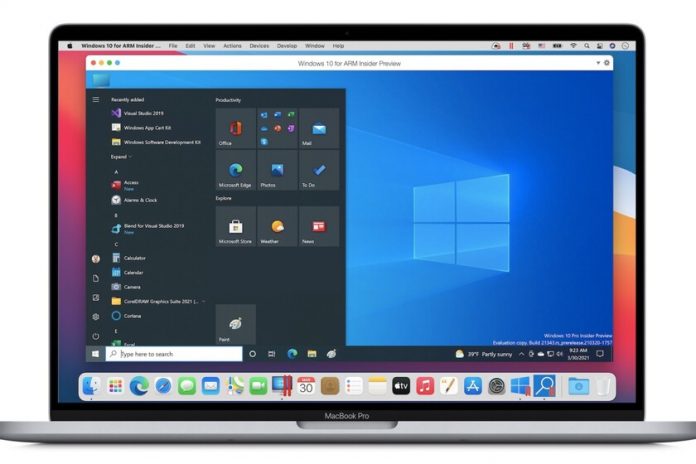 Good news for those of you who are still dependent on Windows but use a Mac: the transition to Apple Silicon is somewhat less painful with the arrival of Parallels version 16.5 fully optimized for the M1 chip.

This optimization allows Parallels to already be able to natively emulate the ARM Insider Preview version of Windows 10, as well as any Linux distribution based on the ARM architecture. Due to sheer hardware limitations, system emulation for x86 architectures (Intel, AMD) is impossible on computers with ARM chips.

Parallels assures us that we will notice that native performance: in their tests they affirm that the ARM version of Windows 10 runs 30% faster and uses less than half the energy comparing it with a MacBook Pro with an Intel Core i9 chip, 32 GB of RAM and a Radeon Pro Vega 20 graphics. This means that Apple laptops will be able to emulate Windows while consuming less power and extending the battery life. Oh, and for gamers: DirectX 11 performance improves by 60%.

READ:  The MacBook Air M1 is cheaper than ever on Amazon with a discount of 125 euros in the colors Silver and Gold

And that’s just the beginning, because the ARM version of Windows is a preview in full development and optimization. As soon as that version is final, the performance could increase even more. Also, Apple could resurrect Boot Camp as soon as Microsoft officially offers that Windows 10 for ARM chips.

If you have a license for Parallels 16, you can upgrade to version 16.5 for free. Otherwise you need a license, which starts at 49.99 euros if you already have a previous version or 99.99 euros if it is the first time you buy it. As an alternative option, you also have a subscription for 79.99 euros per year to be able to update for free whenever you want.