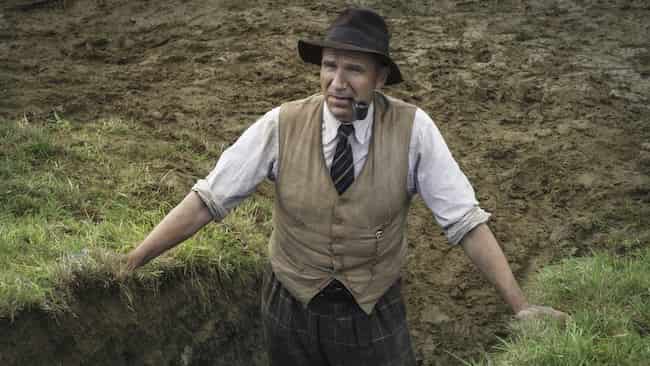 What we see is one of the most important archaeological finds in the UK.

In 1938, while Europe was preparing for World War II, a decisive discovery took place on British soil to understand a bygone era, in which it is known as one of the most important archaeological finds of the 20th century in the United Kingdom.

And so we see it in ‘ The Excavation ‘, a Simon Stone film released on Netflix and starring Carey Mulligan and Ralph Fiennes, where fictional facts and characters are mixed with a true story. 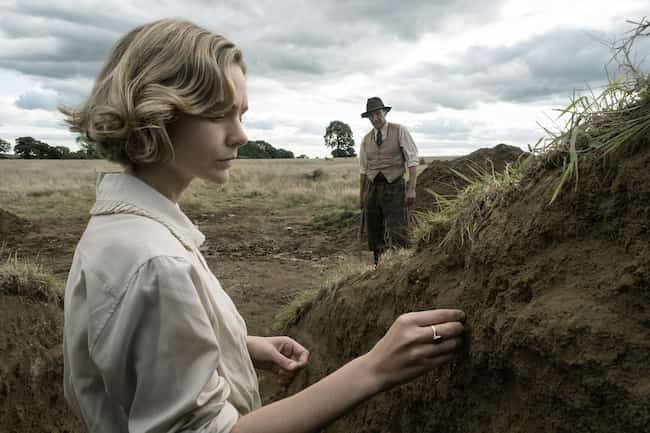 Based on the 2007 novel written by John Preston (the nephew of Peggy Piggot, one of the characters in the story), it portrays the relationship between landowner Edith Pretty (Mulligan) and archaeologist Basil Brown (Fiennes), who promoted the famous excavation by Sutton Hoo.

Who were Edith Pretty and Basil Brown?

She was born Edith Dempster in 1883, and took her husband’s last name, Frank Pretty, after accepting his fifteenth marriage proposal (as we see in the movie). The two bought Sutton Hoo’s estate, located near the town of Sutton in southeastern England, in 1926 and soon had a son, Robert (played by Archie Barnes ).

A few years after the death of her husband in 1934, Edith decided to excavate on its grounds, in collaboration with the Ipswich Museum and with the arrival of Basil Brown, an amateur archaeologist who worked with the institution and who would help her discover the treasures that were hiding underground.

Brown, for his part, was recognized for being a fierce self-taught: although he left school at the age of 12 to work in agriculture, he himself pursued his intellectual concerns and studied on his own while working in all kinds of positions, from gardener to milkman.

However, her passion was astronomy and archeology, which led her to have relationships with the local museum, where she was a freelance collaborator, and eventually to be chosen as Pretty’s partner in her plans.

The woman hired him to begin the excavations, although the magnitude of what they found would lead to an investigation and search decades in progress.

What did they find at the Sutton Hoo excavation?

The first excavation took place in the summer of 1938, with some skepticism on the part of Brown that was confirmed after finding only a few objects and human remains.

However, the true treasure would come to light in 1939, when the archaeologist resumed the excavation with Pretty and found a much larger lump: it was the footprint of a ship, more than 24 meters long, and containing an immense cargo of grave goods hundreds of years old. And they were intact.

With his arrival, Brown became more of an adviser role, helping professionals. According to the film, this created tensions between him and Philipps, but according to the National Trust, owners of Sutton Hoo, the two men had a “respectful relationship. ” They say, too, that the real tensions were between Philips and the Ipswich Museum.

Beyond the personal relationships between the protagonists, what was important was the important objects found in the excavation. A total of 263 objects where weapons were found, covered with silver, gold buckles, coins, and a helmet decorated with precious stones, possibly the most famous object of the lot.

Although at first, they thought they might belong to a Viking settlement, it was later determined to be from Anglo-Saxon times. It is unknown to whom this ostentatious tomb belonged, but some historians have ventured to affirm that it was that of Rædwald of East Anglia, who reigned between 599 and 624 AD.

As they write in National Geographic, “Sutton Hoo’s importance was instantly recognized.” Not in vain was “the largest Anglo-Saxon ship ever discovered” and “contained artifacts of a quality and quantity never seen before.”

In addition, they say, it served to encourage patriotism in times of war. “This new evidence of England’s first warrior society was loaded with symbolism when Britain declared war on Nazi Germany later that year. In keeping with the patriotic spirit of wartime, Edith Pretty donated the find to the British Museum. From London. To keep artifacts safe during WWII,

READ:  Evangelion: Hideaki Anno will deal with a film dedicated to Kamen Rider

For this donation, Prime Minister Winston Churchill offered Pretty the title of Commander of the British Empire, but she declined. He died a few years later, in 1942. For his part, Brown continued to work as a local archaeologist until his death in 1977. Sutton Hoo remains, even today, an excavation site and full of treasures yet to be discovered.

What is fiction in ‘The Excavation’?

Although the film is based, as we have seen, on a true story with real characters, there are also fictional elements incorporated for dramatic purposes, both in the original novel and in the film. For example, the character of Rory Lomax (played by Johnny Flynn) is fictional.

In the context of the story, he is Edith Pretty’s nephew and does not play a role in the excavations of the archaeological aspect of the story, but rather between the personal relationships of the characters.

And then there is the romantic component. How could a British period film resist incorporating a bit of romance filled with intense looks and demure connections? This is what they do with the two protagonists, Brown and Pretty, who live a romance in the film, in fiction, while in real life it was a ” completely platonic ” relationship.