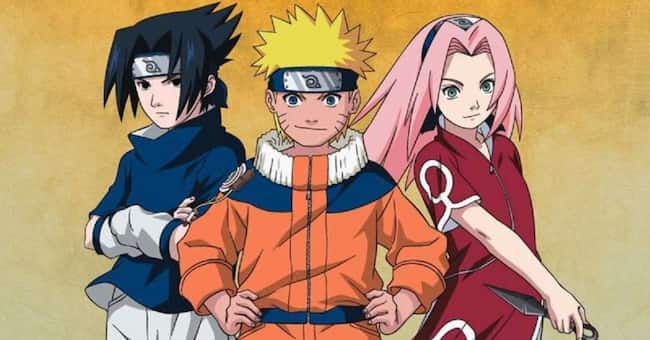 It is quite astonishing to know that there are so many anime shows and movies that are available to stream for all the anime lovers out there. Naruto, as you all know is one of the most popular and successful anime series. There is indeed a large number of fans and viewers when it comes to Naruto.

It will not be incorrect to say that Naruto has fans residing in almost every region of the globe. There will not be any country in which you can find no viewers watching the Naruto series.

There are so many movies and seasons you can watch when we are talking about Naruto. It is because Naruto is among the longest-running and beloved shows for which viewers will have to think at least once about it.

Most viewers are thinking of starting to watch the Naruto series. But at this point in time, it will be a little bit of a daunting task to begin watching one of the longest-running anime series.

We are sure that diving into a series that is releasing one after another season for so many years will be somewhat intimidating. Especially, when you will have a look at a massive number of episodes that the series did manage to premiere till today.

Nonetheless, it will be quite an exciting and thrilling journey full of surprises and entertainment to watch all the episodes, seasons, movies, and OVAs of the Naruto series.

All the series lovers and fans will surely recommend you to watch from the beginning of the anime series. Because Naruto follows a linear storyline that will keep on forwarding with every season and part.

It will not be beneficial for viewers to watch directly Naruto Shippuden while skipping Naruto. As it will result in viewers not knowing the storyline of the Naruto series.

You will just have to make sure to watch the entire Naruto series in the order it did release. So that it will be possible for you to follow the timeline and storyline in the Naruto series.

No matter how tempting it would seem to skip the episodes, you should watch them in order. Unless you want to get confused later about the story plot, you should stick to the right order when watching the Naruto series.

Naruto episodes fall under various genres as they are not only bringing adventures, fantasy, and martial arts but also thrilling excitement, and entertainment. Mostly, young teenage boys and youngsters are the targeted demographic for this anime series.

But it is sure that every age of people will find it interesting and amazing to watch the entire Naruto series.

That is the reason why we are going to help you out in this article by offering the actual pattern or order to watch the Naruto series. But first of all, let us have a look a the little introduction to the most popular anime series, Naruto.

Naruto, as you all know is a popular Japanese anime series with millions of fans and viewers all around the world. The anime series is based on the Japanese manga series that goes by the same name. 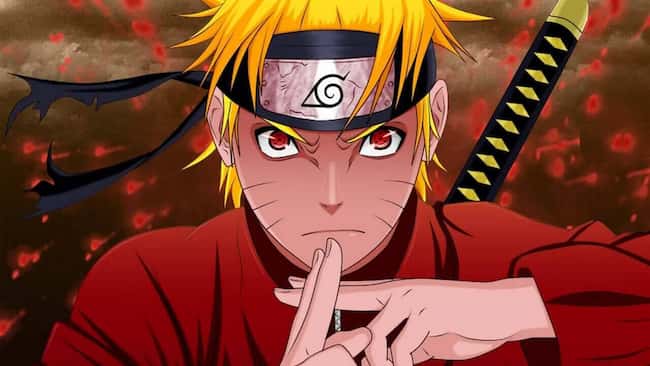 Masashi Kishimoto happens to be the creative writer of the Naruto manga series. The well-known anime series follows the story of Naruto Uzumaki, a young ninja of Konohagakure.

If there is any simple anime that brings a mind-blowing story plot and interesting characters. Then you must believe that it is the Naruto series. Naruto not only focuses on the journey to the ancient culture of Japan.

It is all about the young ninja, Naruto who navigates around a world built mystical control of elemental abilities. He wishes to get recognition and become a Hokage who happens to be a ninja forwarding to become a leader after being acknowledged by the rest of the village.

It will surely take long enough to witness the story of Naruto’s training in the martial arts and other arts. But viewers are also going to see the unquestionable motivational lessons, action sequences, and the famous Naruto run. The Naruto series is indeed a must-watch anime for all the anime lovers out there.

While Naruto: Shippuden will be picking up the storyline while showing Naruto’s adventures as a teenager. It will be possible for you to think that you can easily get along with the storyline.

Naruto happens to consist of a total of 220 episodes as the first part of the anime series. While Naruto: Shippuden follows an interesting and obsessive story plot with a great total of 500 episodes.

All of you need to know that Naruto has a total number of 720 exciting episodes. The series will explore various story arcs while it will dive deeper into the finest character developments, backgrounds, and histories.

Naruto happens to be one of the highest-grossing and longest-running anime series till today. The Adult Swim anime block Toonami did begin airing each episode of Naruto: Shippuden every week from 2014 onwards. The series is more likely to finish airing in 2024.

Now, do not get scared by knowing the episode count. Because it will be worth watching the whole Naruto series. You just have to look at the fact that it is the most popular anime series in history.

That will directly mean that there is a large number of people who did finish the entire Naruto series. It is because Naruto knows how to grab the viewers and audience till the end. Let us now move forward to know more about Naruto.

When Did Naruto Premiere?

We are sure that all the viewers and series lovers will definitely want to know from which year onwards, the Naruto series has been releasing. Well, Masashi Kishimoto was the one to write and illustrate two one-shot manga series. 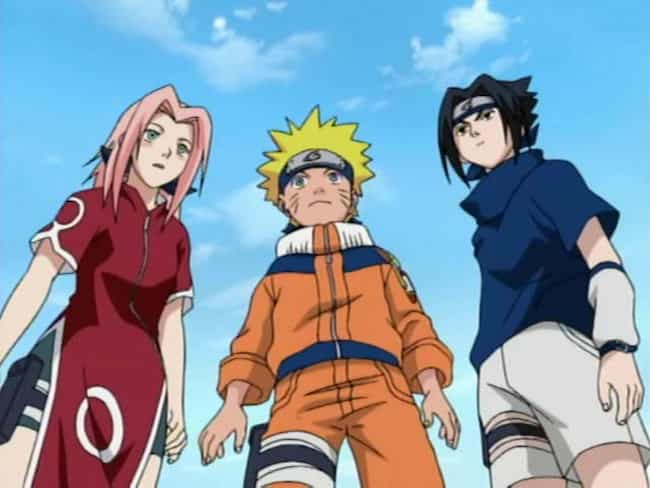 It was in 2002 when the anime series was created based on the manga series. The anime series did run through 2007 with 5 exciting seasons. While Naruto: Shippuden, the sequel anime series premiered in 2007.

The sequel series did wrap up with 21 seasons in 2017. But now, Boruto: Naruto Next Generations will continue the storyline after Naruto: Shippuden.

Also, you need to know that there are some excellent movies that did release between these seasons. It will be possible for you to find the Naruto movies interesting.

Because they are also following the storyline with including all the amazing and overwhelming characters from the anime series.

There are indeed so many people who have to deal with the confusion of what watch order they should follow when beginning to watch the entire Naruto series. It will surely be beneficial for you if you are going to watch the anime series in the right manner.

That is because the storyline of the movies and OVAs will reflect the current timeline in the episodes. So you will just have to make sure to follow the watch order that we are going to provide you here.

READ:  The trailer for 'The other bodyguard 2' is pure joke: Ryan Reynolds, Samuel L. Jackson and Salma Hayek promise another great cocktail of action and comedy

First of all, let us have a look at the release order of the episodes, movies, and OVAs. So that you can be able to have a more clear idea of what pattern you should follow.

Knowing the release order of the anime series will help a lot of people to understand the watch order. That is the reason why we are going to ensure to list down the names of the movies and episodes according to their release order.

Release Order of All Naruto Movies

Release Order of Other Media

The anime series will be incomplete for all the viewers who did skip these special episodes. So you will have to make sure to watch all the episodes and OVAs that we are going to mention here to not miss anything out of the interesting storyline of Naruto.

How One Should Follow The Watch Order For Naruto?

Here, we did mention a specific watch order for all those viewers and series lovers. It is especially for all individuals who are just beginning to watch the Naruto series. The only thing that you will have to do is make sure to watch the name of the episodes, movies, and OVAs and watch accordingly.

How Long Will It Take To Binge-Watch Naruto?

It is sure that there will be so many viewers and series lovers who will have the same question. Of course, it is obvious for you to question how much time you will have to spend watching the entire Naruto series. That is the reason why we are going to help you out by providing exactly how many days, hours, and minutes you will need to binge-watch Naruto.

Whenever you are watching your favorite anime series, you may not look at the time it will consume. But there are some fans who calculate the time just because they need to schedule the next anime series to watch after finishing the current anime they are watching.

Let us have a look at the time you are going to take to watch all the episodes of the whole Naruto series.

Well, all the viewers need to understand that the above-mentioned time does not concern eating, sleeping, or school time. So it is sure that it will take longer for any person to watch the entire Naruto series.

Also, if you are going to add movies and OVAs to the watch list then it will take even longer for you to finish the anime series.

How To Watch Naruto Leaving Fillers Aside?

We are sure that all of you have been well aware of the fact that most anime shows include a number of episodes for fillers. You need to understand the term fillers and they are not much important when the storyline is concerned.

It will be possible for the viewers and series lovers to skip these episodes. The viewers will plan to leave the fillers aside and win some extra time to watch other episodes of the anime series.

Now, all the viewers will be able to leave the filler episodes that we did mention here aside and save some extra time. There are some viewers and series lovers who are questioning whether they should watch the fillers or skip them.

The important thing is for all the viewers to decide whether they want to watch some extra episodes that are unrelated to the storyline of the series or they want to avoid it.

Undoubtedly, it will be possible for all the viewers and series lovers to stream Naruto online on various streaming platforms such as Netflix, Funimation, and Crunchyroll among others. There are so many fans who have been watching the Naruto series since the first season did launch.

But if you are among the viewers who are just beginning to watch this popular anime series then you will just need to go through the watch order for the Naruto series that we did mention in the article.

Naruto is indeed among the popular anime series that anime lovers must watch at least once. Although the series has a large number of episodes, movies, and OVAs, you all must make sure to watch the first few episodes of Naruto Original and you will finish the entire season before you will know it. Enjoy watching Naruto with our watch order.