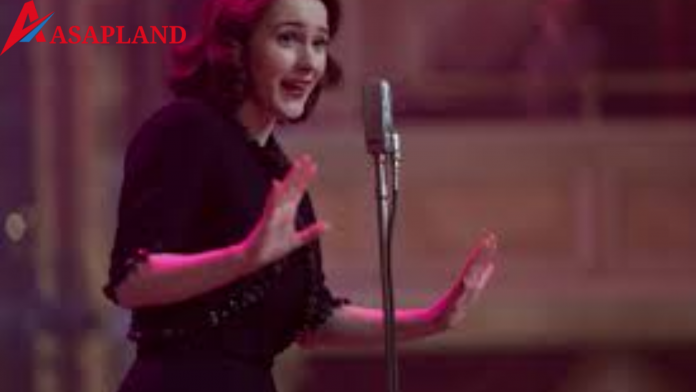 The Brand New Trailer Of The Marvelous Mrs. Maisel Season 4 Is Out Now!

The Marvelous Mrs. Maisel premiered back in December of 2019, just days before the pandemic caught us into lockdown.

After lightly flirting with disclosing the main act in the season three finale, the titular protagonist is dismissed off her comedy tour. Midge has returned and is eager to continue the voyage after a pandemic-induced hiatus.

Since its premiere in 2017, the show, which follows housewife Midge Maisel’s professional trajectory as a stand-up comedian in the 1950s, has received critical acclaim.

The Marvelous Mrs. Maisel, an Amazon Original comedy, has released the first official trailer for its highly anticipated fourth season ahead of its imminent premiere.

The trailer gives away more details about the new season after a series of teasers showed Midge and her best friend-turned-manager trying to rebuild her career after she was dropped as the famed singer Shy Baldwin’s opening act.

After being booted off Shy Baldwin’s tour at the end of Season 3, Rachel Brosnahan’s titular cut-up is forging a new, unapologetic route in the male-dominated industry. And she will have her wish granted.

Midge gets a job “with absolute creative freedom” in the new eight-episode season, which premieres on Prime Video on Thursday, Feb. 18, with a two-episode debut.

“However, her dedication to her work — and the places it leads her — cause a schism between her and her family and friends.”

Milo Ventimiglia and Kelly Bishop, both graduates of Maisel creator Amy Sherman-beloved Palladino’s series Gilmore Girls, will make guest appearances in the season. However, neither is featured in the trailer.

Asher Friedman, Abe’s (Tony Shalhoub) long-time friend, will be played by Jason Alexander again. John Waters, the director, will also appear as a guest star. showrunners of The Marvelous Mrs. Maisel are Sherman-Palladino and Daniel Palladino.

Mrs. Maisel, we see in the trailer, isn’t the same as the ones we’ve seen before. “Every single show, I’m going to say exactly what’s on my mind,” she claims Susie in the first moments of the trailer.

Midge has always wanted to be herself on stage, and now she has her chance. While this sneak peeks at the upcoming season provides little story specifics, it does set a darker tone for Midge’s latest comedy endeavor, with Mrs. Maisel appearing angry and performing in some dingier settings.

“I know, sh*it happens. You should be a bigger man, let it go, “she says at one of her smoke-filled club performances. “Well, I’m a woman, so f**k that”.

“The Marvelous Mrs. Maisel” returns in early 2022 for its fourth season, with two episodes released every week beginning February 18, 2022.

Instead of releasing complete seasons at once as competitor Netflix does for optimum binge-watching efficiency, Prime Video originals release one or two episodes at a time with the goal of luring viewers to return week after week.