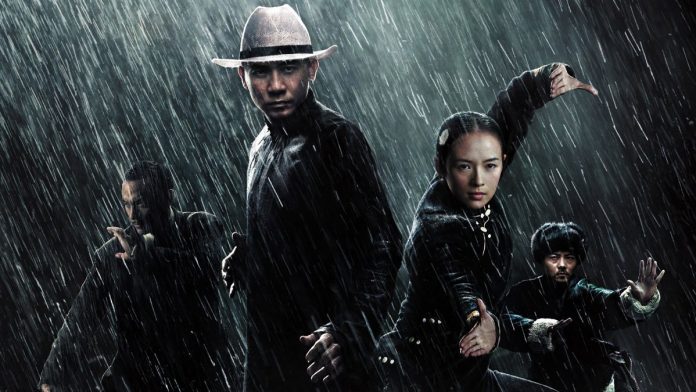 Martial arts starred in the childhood of a large part of all of us who grew up during the 80s and 90s. They flooded the cinema with a type of proposal that, since then, has been mutating and evolving, which (decades ago) started from Hong Kong to conquer Hollywood and shape the action of American cinema on several occasions. From there he traveled directly to the field of video games with proposals such as Street Fighter, a title whose success led to the creation of a multitude of fighting video game sagas, giving rise to franchises as powerful as Mortal Kombat which, in the end, featured a film adaptation which for many years has been listed as the only decent movie based on video games. Well, the prodigal son is back, and it seems that the premiere of the remake of Mortal Kombat has increased the desire to see people on screen distributing toñinas.

The genre no longer enjoys the popularity of yesteryear, however, the production and quality of the films that we could frame in the martial arts cinema has not declined. During the last decade we have examples as diverse as The Raid, the recent saga of John Wick, or the irruption of Kobra Kai. All of them have shown that the genre still has enough pull, so along this path our recommendations for this week are going to run, along the path of self-knowledge through discipline, respect and hosts like bread. Today we bring you several of the best martial arts movies available on Netflix and Amazon Prime Video. We begin.

We start with a classic of revenge: Oldboy, a Korean production that surprised locals and strangers in 2003. Park Chan-Wook adapts the eponymous manga signed by Garon Tsuchiya and Nobuaki Minegishi. A film that does not hide, that disarms the human heart through a narrative that accompanies iconic sequences, the kind that remain burned. There has a lot to do with his exquisite photography, by Chung-hoon Chung (linked to projects like Obi-Wan Kenobi O Uncharted). A movie that took the Jury Prize at the 2004 Cannes Film Festival and the award of Best Film in Sitges. An exceptional work that continues to captivate anyone who approaches it for the first time.

From Korea we go to Hong Kong, to immerse ourselves in the cinematographic universes that, with so much success, he usually draws Wong Kar-Wai (In the Mood for Love, Chungking Express). A director who conquered Europe, back in the two thousand, with a film that completely distanced itself from what we understand here as Hong Kong cinema. But that in 2013, the year in which he signed his last film, he appeared before the public with an action film that bets on a messy and adorably chaotic montage. A movie of one ravishing beauty, which shows the talent that its creator treasures when it comes to placing the camera. Yes, it moves away from the normative martial arts cinema, but that is where much of its charm lies.

READ:  We Are What We Behold?

We make the same trip that Bruce Lee made at one point, and we fly from Hong Kong to the United States to enter its biopic American. A film that, although it is not the saint of devotion of all fans of the mythical actor, it does represent a good opportunity for the neophyte to enter the figure of myth, a pop culture icon who turns out to be more unknown than he seems. The biggest problem with the film is that it does not know very well if it wants to address the actor’s admirers or a wider audience. Even so, works as a romanticization of the symbol, similar in tone, though less accomplished, to what Dexter Fletcher did with Bohemian Rhapsody. Somewhat flat, but interesting for anyone who has never approached Bruce Lee.

Karate to the death in Bangkok (Amazon Prime Video)

But to get to know the actor, the figure who dazzled half the world, it is really advisable to go to his own films. Karate a muerte en Bangkok (The Big Boss, 1971) meant Bruce Lee’s jump to stardom. Under the production by Raymond Chow and direction by Lo Wei, we are presented with a story that begins with a family environment that is abandoned to the Manichaeism typical of the genre, to lead to a path of revenge when good Bruce Lee tires of walking the path of non-violence. A tape of those in which to count the number of deaths and turn a blind eye to the occasional corpse with spasms, but that served to launch a legend like Bruce Lee to stardom.

And to close the chapter dedicated to the myth, we are going to look at Eastern Fury, a project that involved a new collaboration with director Lao Wei, featuring a Bruce Lee who was already in charge of creating his own martial arts choreographies. A story of sacrifice and revenge that addresses the clash between Chinese and Japanese in occupied Shanghai. We are faced with a simple plot, with marked sides in which the good ones are very good, and the bad ones are totally despicable (Japanese in this case), but which has some Spectacular choreographies, which give a good account of the talent that Bruce Lee treasured. A talent that he should already be looking at a very young Jackie Chan, who appears in the film (although not credited).

Ang Lee got this title to walk the red carpet at the Oscars, which, as some of us believe, is not an accurate guarantee of maximum quality, or at least not always, but it does ensure the popularity of the work carried out. What’s more, 10 nominations and 4 statuettes they are not available to many works. Therefore, the international success of the film was unquestionable, and he transferred to the general public a very specific type of action that did not usually fill the theaters of western cinema. A good story, with a captivating romance and amazingly well-resolved choreography in a film that was described with such disparate adjectives as romantic, wild, daring, magical and feminist. One of the great surprises of a year 2000 that brought us quite a lot of good cinema, preparing us for a scandal 2001. Tigre y Dragón confirmed the strength of Asian cinema and meant a breath of fresh air for many viewers of the time.

We continue with a film that has nothing to do with the saga with which many will relate it. This is another Ip Man, totally independent of the Wilson Yip movie. Directed by Herman Yau in 2013, is about a biographical feature film about the figure of Ip Man, teacher or shifu of martial arts that had as a disciple Bruce Lee. Yip Man practiced the style of Wing chun, which he began to learn at the young age of 13. The tape portrays the story of his life in Hong Kong, city to which the teacher arrived in 1949. From there we will run into a story of overcoming, the struggle of a person who must make his way and who opts for martial arts as a guide, managing to establish his own school at the same time that he is forced to rub shoulders with the mafia and the underworld of the British colony. An interesting story for anyone who wants to delve into the figure of Bruce Lee.

We return to Chinese production with Master Z: The Ip Man Legacy (2018), title directed by Yuen Woo-Ping (Drunken Master). A work that decisively positions the spectacular nature of the fights above the plot, something that does not always happen, but which is usually a brand of the genre. It dazzles thanks to that aroma that gives off action cinema from the 70s and 80s, something that he achieves through dazzling choreographies and performances that, without being brilliant, are solid. A martial arts tape that fits the genre fairly, which does not seek to offer anything new but manages to offer the usual package with the necessary ease to keep us entertained on the sofa during its 107 minutes of footage.

It may shock many, and that someone is thinking of throwing a virtual tomato on the screen, but we are talking about martial arts cinema, and if there is something in Kung Fu Panda (Mark Osborne y John Stevenson), are fights. Go ahead, I’m not a huge fan of Dreamworks animation, but this movie knows how to grab me from the beginning and transport me through all its footage with a smile on my face until I get to the credits. Now, here you will not find multiple layers of depth or the double readings typical of other producers. Kung Fu Panda is a hyperbole of the popular conception of martial arts, an unapologetic exaggeration framed in the classic movie recipe for the whole family that, however, does not hesitate to surrender to the visual power of a good fight choreography. His universe populated by anthropomorphic characters and the sustenance of his form (animation) give him the necessary flexibility to narrate impossible milestones and deeds at the level of the legends he attends., something that, together with the songs composed by Hans Zimmer, elevates its epic to important heights. A good movie to enjoy with the family, which will not change anyone’s life, but will make you enjoy the moment. And you already know what they say: “The past is history, the future a mystery but today is a gift, that’s why it is called PRESENT”.