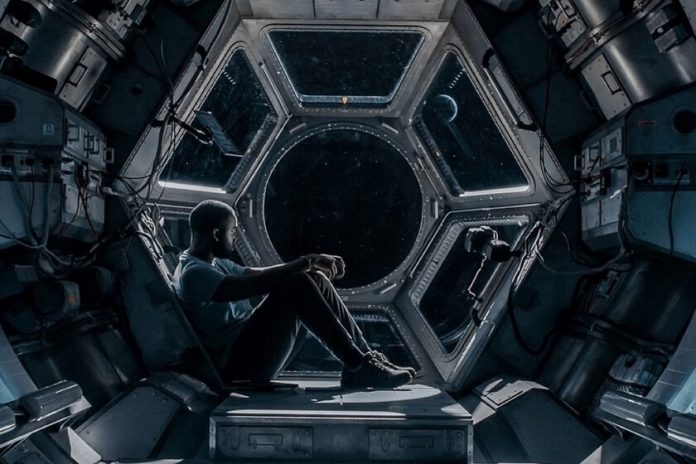 Youtuber Joe Penna, revealed as a very interesting filmmaker with ‘Arctic’, returns to pose in ‘Stowaway’ a suffocating intrigue in an extremely hostile environment. So hostile that it can be considered a step beyond that portrayed in the frozen arctic areas of the Earth: outer space. This is where this Netflix premiere takes place, which is revealed as one of the most interesting exclusive films on the platform in recent times.

Netflix original series get a lot more attention than movies because of their impact on viewers, but while there have been a few recent disappointments, such as ‘Project Power’ or ‘Uncovered,’ they do. there are a good handful of very interesting proposals among some of his feature films, like the intense ‘The old guard’, the explosive ‘6 in the shade’, the unclassifiable ‘Velvet Buzzsaw’, the Spanish and very dark ‘The Practicing’ or the recent and hilarious ‘Of love and monsters’, to say the least. How many apart from those that the platform intends to release in theaters and win prizes.

READ:  How to know which versions of iOS are still signed by Apple to download them in IPSW format

‘Stowaway’ enters these films that leave with a very positive impression and with the feeling that Netflix is ​​not exactly producing movies for the cinema, nor is it regular TV-movies, but making his own circuit of small films, contained, with few scenes and few characters, which do not intend to compete with the blockbusters of Warner and Disney, but to establish their own terms. In this one, four characters very confined for a time limit on a mission to Mars.

It is about three astronauts (the captain -Toni Collette-, a doctor -Anna Kendrick- and a biologist -Daniel Dae Kim-) who travel to the red planet for research purposes. But A few hours after starting the trip that will take them off Earth for a couple of years, an involuntary stowaway appears -Shamier Anderson-, an engineer who was trapped on the ship during takeoff. The right oxygen at their disposal becomes a serious problem.

READ:  This is the company that allows you to rent mobile phones, computers or consoles and covers 90% in case they are damaged

Out of orbit drama

Since the success of ‘Gravity’, a certain Subgenre of adventures and dramas with a strong scientific ingredient in which verisimilitude is very careful of what we see on screen. They are presented in the present or in the near future, they are meticulously documented films that use science as a basis for us to understand the slow and careful processes that science forces us to do. They are productions such as ‘Mars’, ‘Ad Astra’ or ‘The Arrival’, not always ascribed to the genre of realistic drama.

In all of them the scientific method is used to make what we see on the screen credible, even if that something is written communication with an alien species. In ‘Stowaway’ the intention of the meticulous description of the methods and processes of the astronauts (the take-off is described in great detail here and arrival at a space station) serves to underline the tremendous isolation that the characters live, and also the absolute dependence they have on the physical elements of the ship.

And it is that verisimilitude that multiplies the suffocating tension experienced by the protagonists of this incident, and what makes the situation they live feel like a dead end. It is also what makes the personalities of the astronauts and the decisions they make, and the clash between the two scientists on board feel genuine. The script written with pinpoint precision and the extraordinary performances of the quartet of actors do the rest.

In short, one of the biggest and best recent surprises of the platform (which has not exactly produced, but rather has acquired the rights for exclusive distribution). With just the right doses of drama, tension, and visual movie for realistic tech junkies, shows that Netflix can compete with the big producers by replacing noise and fury with simple but effective, forceful and memorable films.