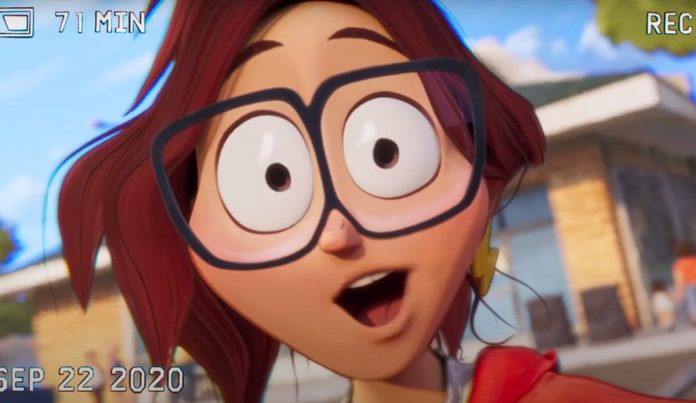 If you liked the animation style of Spider-Man: A New Universe, the upcoming film by Phil Lord and Christopher Miller, The Mitchell’s vs. The Machines (formerly known as “Connected”) is going to be a pleasant surprise for everyone.

The new comic, which focuses on an extremely dysfunctional family, will see them face a robot apocalypse; And it will do so by employing some of the great talents who were involved in creating the film that introduced us to the Spider-Man multiverse.

In this way, it achieves a visual style that evokes comics and action movies. Own Miller has shared on Twitter an explanation of how the new trailer achieves it.

I’m going to point out some details you may have missed in shots from #TheMitchellsVsTheMachines trailer to show how @michaelrianda & team created a film with such groundbreaking visuals. A thread! pic.twitter.com/hxNv2oGMLQ

Similar to Spider-Man: A New Universe, much of the beauty lies in the details. It makes sense, especially when you think that Michael Lasker, the Marvel and Sony film’s CG animation supervisor, is also the VFX supervisor at The Mitchells.

Miller has pointed out that Father Rick Mitchell’s fur collar is made from scribbles painted brown rather than a realistic simulation of the material, something Miller says is more difficult to achieve.

Look closely at the texture on the fur collar of Rick Mitchell (the dad)‘s jacket. Instead of super realistic detailed fur simulation, it’s a bunch of hand-painted squiggles. Which is actually much harder to pull off. pic.twitter.com/yiNDQf58Km

On the other hand, some trees and shrubs that have been seen in a suburban garden may look like watercolor paintings but are actually traditional 3D CG.

These trees are 3D CG but look hand painted: pic.twitter.com/4RrB9oJZCT

You can see the taste for Un Nuevo Universo in the design of characters, which reflect the typical style of comics. Characters, environments, and even hair are labeled to define each of them. Katie Mitchell’s hair is done using watercolors and accented with thick lines.

The characters themselves have subtle hand-painted outlines as well as the props and environments -even hair is made with watercolor washed shapes accented with linework. pic.twitter.com/2xkitHRer6

Katie’s design can be reflected in the world at large. As an independent filmmaker, her exaggerated personality leads to comical 2D animations that surround her, see smiling faces from cartoons that appear when her father catches her in midair.

Even sonic expressions of shock that are reflected with text, very much in the vein of Spider-Man once again.

Production Designer @lindseydraws had her team including @lilynishita & @AliceLemma draw 2D “KatieVision” around her to represent her worldview. Everything from little squiggles to more complicated cartoonery: pic.twitter.com/M5nnrFQ7k8

Even the machines that stalk humanity are drawn in watercolor, but with a very different color palette and cleaner look to reinforce the idea that they are an artificial intelligence with a goal.

But even in the clean world of PAL everything still has watercolor textures and hand-painted outlines. Look closely at this robot: pic.twitter.com/8tBPa8vFpC

On April 30 we will have the new animated film on Netflix, and surely many of us will enjoy it because we will find more than a nod to the Spider-Man animated film.