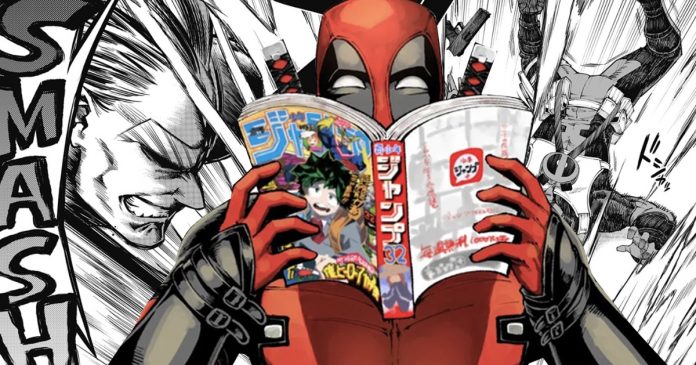 Deadpool Samurai not only focused on Merc With A Mouth of Marvel getting his own manga series for the first time, but instead provided readers with an unexpected crossover that puts Wade Wilson next to the Symbol of Peace, All Might, within the universe of My Hero Academia.

As the Weapon X show participant tries to get tangled up with the Mad Titan Thanos, it’s clear that Deadpool is getting a great help from Midoriya Izuku’s mentor, whose powers are still intact during this last appearance in the manga from Marvel.

Twitter user “Aitai Ki Mochi” shared this translated version of the latest chapter of Deadpool Samurai, which features Wade teaming up with All Might to fight the master of death in Thanos. The Truth News leaves part of the publication below:

All Might’s appearance in the manga series, Deadpool Samurai, marks the first time the worlds of Marvel and My Hero Academia have intersected, and it is certainly justified; since Wade Wilson is fighting against the crazy power of Thanos.

During the last chapter, Deadpool hilariously claims that he has “kidnapped the creator Kohei Horikoshi and he’s locked him in a basement “so things don’t get too crazy in this anime crossover for centuries.

Deadpool has never been afraid of breaking the fourth wall, either within the pages of Marvel Comics or in his appearances played by him. actor Ryan Reynolds in live action movies. You can watch the Deadpool Samurai manga here.

The fifth season of My Hero Academia has three episodes released so far, and focuses on a training exercise that pits Class 1-A against their rivals in 1-B. Fans can legally watch the anime on Crunchyroll.