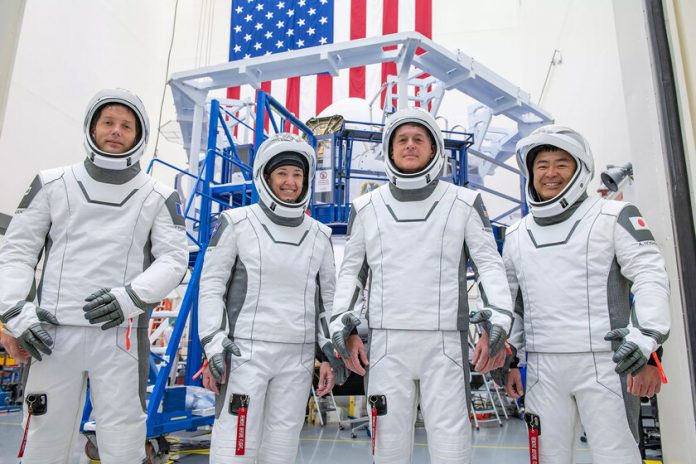 If the weather conditions do not prevent it, today we will witness a new milestone in the conquest of space. At 11:49 am CEST (9:49 am UTC), SpaceX’s Crew Dragon Endeavor spacecraft will lift off for the International Space Station (ISS) from NASA’s John F. Kennedy Space Center in Florida.

The person responsible for placing this capsule in space will be a tireless adventure companion, Falcon 9 rocket that on November 16, he successfully took NASA astronauts Mike Hopkins, Victor Glover and Shannon Walker into space during the Crew-1 mission, as well as the astronaut from JAXA, the Japan Aerospace Exploration Agency, Soichi Noguchi.

The mission we are about to witness has been dubbed Crew-2, and it will be the third time that a SpaceX ship transports a crew to the ISS. On May 30, NASA astronauts Bob Behnken and Doug Hurley traveled inside the Endeavor capsule, the same one that participates in the mission that starts today. That was the Demo-2 mission. And, as we have just seen, on November 16 the Crew-1 mission was successfully launched.

To achieve its purpose, the Falcon 9 rocket will consume just over 500 tons of kerolox, a fuel that combines RP-1, which is a petroleum derivative similar to kerosene, and cryogenized liquid oxygen. It will take just under 10 minutes for the spacecraft to leave Earth’s atmosphere behind and into space, and in about 24 hours the four astronauts from the Crew-2 mission will arrive on the ISS.

This time four astronauts from NASA, ESA and JAXA travel with one purpose: to do science

As we have just seen, the objective of this mission is to transfer four astronauts to the ISS, but, and this is one of its peculiarities, one of them belongs to ESA, the European Space Agency. Shane Kimbrough and Megan McArthur do belong to the US space agency, but Thomas Pesquet and Akihiko Hoshide are ESA and JAXA astronauts respectively. Hoshide follows in the footsteps of his compatriot Noguchi, who traveled to the ISS aboard the Crew-1 mission.

READ:  all the news of the Apple presentation

This will be the first manned mission aboard a SpaceX spacecraft in which an ESA astronaut travels. And also the first mission of its kind in which half of the crew does not belong to NASA. The four astronauts will spend approximately six months on the ISS during which they will carry out under microgravity conditions various scientific experiments in areas as diverse as health, materials engineering or technology applied to medical treatments.

The four astronauts who are part of this mission will carry out a collection of scientific experiments in microgravity conditions on the ISS.

NASA astronaut Mark Vande Hei and Roscosmos cosmonauts Oleg Novitskiy and Pyotr Dubrov are waiting for them at the station. Although, as we have just seen, they are going to carry out several scientific experiments, one of them deserves a little more attention. Its protagonists are small devices commonly known in English as tissue chips what contain human cells arranged in a three-dimensional array.

Falcon 9 and Dragon are looking good for flight of Crew-2 astronauts; teams are keeping an eye on launch site and downrange weather pic.twitter.com/IGi20gD7dP

The purpose of the experiments that these mills will star in, which the scientific literature also identifies as organs in chips, is to evaluate the impact that the microgravity environment has on the cells of these devices. A better understanding of how these stressful conditions affect human tissues can be crucial in combating the damaging effects that a prolonged stay in space has on humans.

However, this knowledge is not only useful to protect people who in the future will venture beyond the protective shield of our planet. Living conditions in space allow scientists to analyze the processes that govern the aging of the human being on Earth because, among other effects, they accelerate the loss of bone mass and muscle tissue.

A curious note before moving on: the American astronaut Megan McArthur will occupy inside the Crew Dragon Endeavor capsule the same seat used by her husband, astronaut Bob Behnken, on the Demo-2 space mission that SpaceX and NASA successfully carried out in May last year. That was the first manned mission involving a space vehicle developed by Elon Musk’s company. 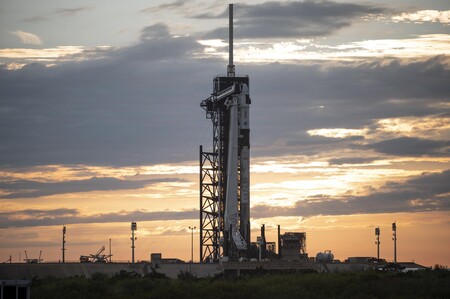 This photograph of the Falcon 9 rocket and the Crew Dragon spacecraft was taken last Monday, April 19, during the last phase of the preparations for the Crew-2 mission.

The scientific ambition of this mission is very important, but it is not the only reason it will be remembered. As we have just seen, this is the first time that in a spacecraft that belongs to a private company, and not to the agency of a great power, astronauts have traveled from three different space agencies. But this is by no means all.

The Falcon 9 rocket is partially reusable. This quality is what allows you to make a difference in terms of cost

SpaceX has shown that its space vehicles can be used not only to transport instruments, food and other objects into space, but also human beings. And, furthermore, and this is another of the essential milestones associated with this mission, that their ships, and, above all, their launch vehicles or rockets, can be reused Safely.

In fact, this is the first regular manned mission in which both the ship and the rocket are reused. As I mentioned a few lines above, the capsule is the same from the Demo-2 mission, the Endeavor, and the first stage of the Falcon 9 rocket is the same as the one used in the Crew-1 mission. This last element, the first stage, represents approximately 60% of the total cost of the rocket, so recovering it allows SpaceX to save a lot of money on each mission.

The most important achievement of how many SpaceX has achieved in recent years is none other than the development of the technology necessary to make it possible to reuse a large part of the space vehicles used in missions. The cost savings This strategy entails is enormous, so there is no doubt that this is the path that space exploration will follow for decades to come.