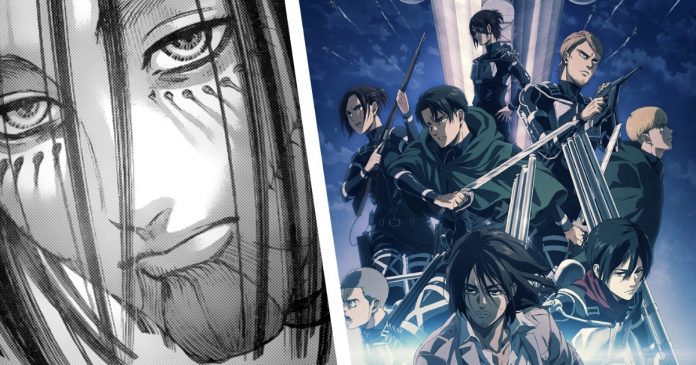 Was Attack on Titan chapter 139 a bad ending? Manga fans reading the final chapter are divided, with many thanking the creador Hajime Isayama for his effort of 11 years. But others believe that Studio MAPPA should change the ending by essentially having a so-called “Snyder Cut” from the anime Dark Shingeki no Kyojin.

There are multiple requests that make the same claim. Some of the requests are very simple and state: “Fellow AoT fans, we all read chapters 137, 138 and 139. I think most of us are not satisfied with the plot holes, character arcs and ending. , in general. Please sign this petition for MAPPA to make an original anime ending. “

But one petition that has already obtained around 4,000 signatures go into detail when analyzing the story. The creator of the petition, Dr. Vibenari, claims that the ending of the Shingeki no Kyojin manga came out as “very rushed” and “feels very different thematically, giving many fans a heavy blow”.

Before discussing the petition in The Truth newsIt should be noted that Hajime Isayama himself has already tweaked the ending of Attack on Titan. The release date of the Volume 34 is scheduled for June 9, 2021. The final volume will have two editions that will include additional pages not included in the magazine launch.

However, it is unknown how these pages will affect the ending. The information was confirmed in a recent live broadcast with Isayama’s editor. Do you think Shingeki no Kyojin must have had a different ending?

Details on Shingeki no Kyojin’s petition

Warning! The following contains important spoilers for chapter 139. The creator of the petition began by noting how disturbing the motivations for the founder Ymir. Since even though the King Fritz tortured her in the worst way, she was truly “in love” and followed him for thousands of years.

Ymir hoped that she could free herself from the pain of her love. And finally, someone who could do it came along. “Something just feels wrong to idealize something like that,” writes Dr. Vibenari. Another creepy message was that Eren Jaeger He told Mikasa to “forget it”.

However, in chapter 139 of the manga, Eren admits to Armin that doesn’t want Mikasa to go ahead and love another man. Instead, Eren wants her to “hold it in her heart for a long time,” at least 10 years to be exact.

The petition writer also criticized how certain characters appeared to have weft armor even though Isayama had no trouble killing others in previous chapters. Eren is considered a “victim” and was somehow the “cause of his own mother’s death”.

The petition insists that “a large part of the fandom believes that Kodansha or Isayama’s publisher had a lot of influence on the ending to perhaps make it fit a more shonen ending.” The author of the petition does not cite any evidence for this claim. Rather, in early 2021, Isayama is quoted as saying:

“The editorial team never rushed me to finish the series, but I have been continually asked, ‘When will it end?’ Thanks for waiting for me. I will do my best to the last page so that you are satisfied with what you have read. “

Will Attack on Titan have another ending in the anime?

It is unknown if Studio MAPPA could make some adjustments at the end in the direction of Isayama. What is certain is that Funimation has officially confirmed that the release date of Shingeki no Kyojin: Final Season Part 2 is set for the winter 2022.