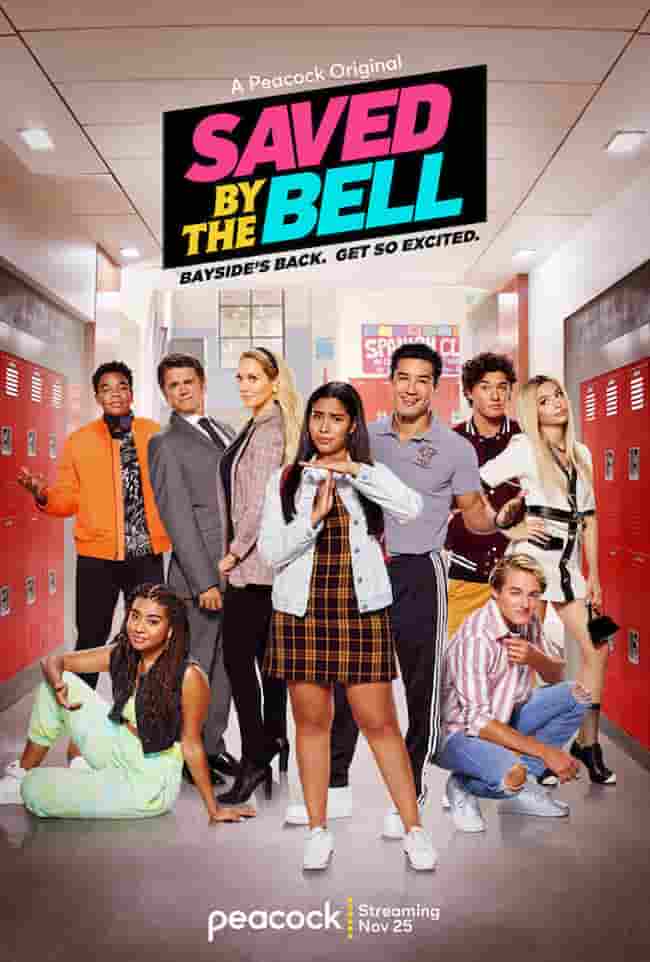 Due to the financial crisis, Douglas high is being closed and students there are being transferred to Bayside high. Bayside is a school where highly privileged students are studying and the newbies struggle a little with them.
How they make their stand in the new school, how they make their friends, and how they win everyone’s heart is worth watching. 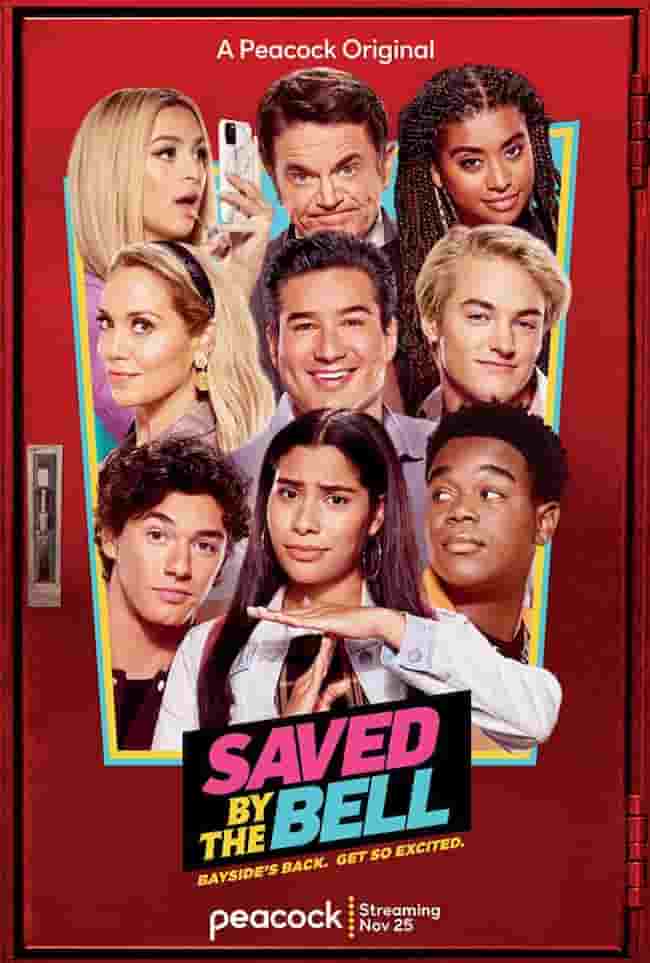 Douglas High school is being closed off due to a financial crisis. Students Daisy, Aisha, and Devante are now transferred to Bayside High and they are being welcomed there as nicely as possible. There they meet other 3 students mainly, i.e. Mac, Lexi, and Jamie.
All are set to start their studies and career finely there. All are into deciding what to choose as their passion. Devante is interested in joining Highschool musical after speaking with Slater. Aisha is all set to join the football team.

Daisy seems to have leadership qualities and alike passion and hence wants to become Class president! Giving me the remembrance of how I wanted to become a monitor of my high school class! Well getting back to the story it was going to be tough for Daisy as highly privileged Mac and Lexi are also behind the same title. However, after realizing the duties and conditions of the titleholder, they decide to help Daisy win instead.

Devante is struggling to settle in with the school musical and yet Lexi and Devante become the lead. On the other hand, Slater is slightly worried to take Aisha into the men’s football team as she might get injured. However, Jessie confirms that she shall be made part of the team. Jessie’s son was the one to hold the spot of ‘Quarterback’ which is now assigned to Aisha. Jessie hesitates a little to tell her son that Aisha is much better than him.

Daisy is determined to submit her assignment even though she was nicely exempted from doing it, as she is a newbie to the school. Our ambitious Daisy does it anyway and also inspires Mac to do the same.

The sad thing about being underprivileged is that everyone suspects you of the robbery. The same happens with Douglas students. 30 iPads are gone and now all are doubting on them.

Instead of supporting, Aisha and Daisy think Devante did it, and provoked by the same, Aisha tries to drop a note in the suggestions box. However, she realizes her mistake and tries to solve things. Unfortunately, she ends up being held guilty.

After school finds out that iPads were simply misplaced, they held Aisha clear of all the charges. Well, a classic high school fight happens between Mac and Jamie for having a crush on the same girl i.e. Pamela. Both try asking her out and wait for who she chooses. Daisy forces Pamela to choose anyone and she chooses Jamie. However, Lexi gets upset as she was crushing on Jamie. Slater gives a nice speech, the boys decide not to ruin their friendship with a girl.

The class president is assigned with a budget of $10,000 budget to organize ‘The Harvest Dance. To manage the cost, she asks Mr. Toddman’s band – ‘The Birchwood Boys’ to dance there. However, instead of understanding her decision, she was told to plan like a rich person. Offended as she is, fires the band causing all the volunteers to resign too!
However, Mac convinces volunteers to help Daisy and sort out things. Daisy once again asks the band to perform.

On being asked to take the part in a Leadership program in Newyork, Daisy gets scared of what would her mom say about it. She is afraid that her mom might not allow it as she has to take care of her baby brother when mom goes out for work. However later on her mom happily agrees to it. On the other hand, Aisha and Slater are working on making the football team competitive. Jamie confesses that he has feelings for Aisha.

As it happens in every high school, the school confiscates the cellphones of students, and students go mad over it. Some misuse the power of owning a secret phone and try earning money out of it. The person doing so is none other than Mac. Tanner a critic at the theater, claims Devante of physical abuse. Now Tanner’s mom Jade wants Devante to get expelled. After investigating a little, Mac finds out that Tanner wasn’t even present when all this happened. They try convincing Tanner to back down. After accidentally sending a voice note to Jamie, he and Aisha start dating. However, Mac and Lexi are after splitting the two.
Aisha was unaware of the fact that Jamie is high rich and she gets upset after getting to know the same and ends up fighting with Jamie. Lexi now feels sorry and tries to patch up the couple.

A handsome amount of funds collected by Daisy and Lexi are being used to renovate Douglas High so that students can go back there. Both are shocked coming to know the same. Daisy, Aisha, Mac, Lexi all try that the students can stay at Bayside high only but it sounds difficult. Jamie proposes to Aisha and freaks her out. He realizes that she was not serious about the relationship and breaks up.
Students from all cliques band together to stage a school-wide walkout. All the students are very disappointed by the fact that Douglas students are being sent back just because Zack intends to win the election.
Mac pleads with Zack and as an outcome, a three-year freeze order of not opening and closing any schools gets signed. Students are now relaxed as they will spend carefree days at Bayside until graduation.

In end, a little love triangle tragedy happens when Jamie and Lexi confess they like each other. As and when they kiss, Aisha arrives and has by now realized that she is in love with Jamie.

In the end, Mac gets a notification about ‘coronavirus’ and the show ends.

The set starts right after a year. Daisy is all set to stand in the student election and decides to host a dance with everything she could not add last year.

A year has passed since the end of season 1 and now the students are back at Bayside for their junior year. Daisy, in order to win the student election, decides to host a dance with all the themes of events they missed in the previous year. Meanwhile, the adults help Jamie cope when Jessie decides to get a divorce.

To add problems for Aisha that coach Slater gets injured and on a demand, football practice is banned at school from now onwards. Now Aisha joins wrestling and it turns out that she is not good at it. Daisy on the other hand develops a crush on new student vice president Gil. Daisy tells Gil about her feelings. On the other side, Slater and Jessie cut school, to make up for what she missed in high school. Due to Lexi and Aisha’s fight over Jamie, Teen life Phone-a-thon disrupts. After Mac irritates the hell out of a teacher, he quits. But to add horror for Mac, Zack is now set as a substitute of the same. He starts feeling inferior when he loses the attention of all as his father Zack is now a center of attention. Due to that, he plans a scheme to make his father lose a job!

Meanwhile, Devante meets parents of Naida’s parents and feels bad when they donate him a car. To add a cherry to that, a hollow is created on the car accidentally by Spencer. Devante tries to hide it from Niada.

Daisy informs her mom about her boyfriend Gil. Her grandmother informs her that he is actually cursed and now Daisy gets worried as she feels her performance at school is diminishing noticeably. Lexi had an outrage when she came to know that a girl was not allowed to join the school soccer team just because she was transgender.

At the career week of Bayside, kids try to choose their passion. If we talk about adults, Kelly and Lisa convince Jessie to date once again unaware of the fact that Slater has realized he has feelings for Jessie.

Spanish teacher tells Aisha that she speaks street Spanish while Daisy has got an A grade. Aisha tries to convince Daisy to do what is right and separate their Spanish class.
Lexi pressures Devante to be a famous singer. He meets a record producer who immediately agrees to sign him, however, he will have to drop out of school. Now he is really worried about what shall he do. Mac realizes that he has feelings for Daisy. Aisha discovers that she is bisexual after she realizes that she likes a girl. While everyone was busy at dance-a-thon Slater and Jessie got stuck in an air vent.

After a long wait of a whole 1 year, a spirit competition happens. The rivalry of Bayside and Valley gets hit up when Toddman reveals that Zack lost because Velly had whispered something in his ear (talking about ’90s).
In the end, Jessie and Slater get passionate while kissing.

It is an easy-to-go drama that you can watch on summer vacation on a leisure hour. Simple yet refreshing. It is important that teens, parents, and teachers all the three classes of people watch it. It has short runtime of 25 to 30 minutes hence can be binge-watched too.

As season 2 was released on 24th November 2021 it is tough to tell anything about season 3 yet. However, buzz about the show gives us an idea that Peacock will renew the series within the next two months and season 3 might get released somewhere later in 2022.

Do let us know about your views in the comment section!