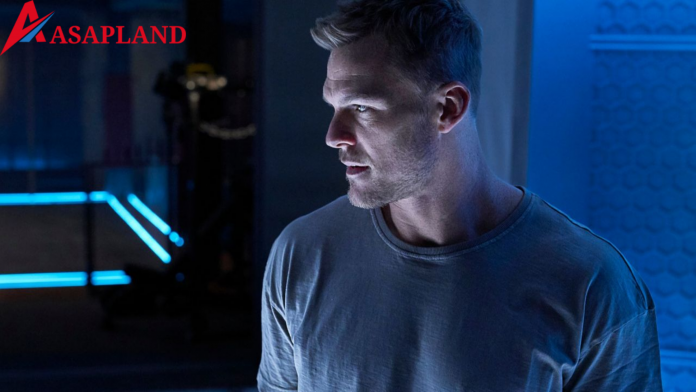 Reacher Season 1: What To Expect From The Show?

Reacher is based on British author Lee Child’s 1997 novel “Killing Floor,” and is an Amazon Prime Video original.

An intimidating man with tree trunk biceps steps off a bus with only his passport and the clothing on his back. His arrival causes a stir in the tiny Georgia town of Margrave, especially following a string of heinous murders.

The protagonist and namesake of the series, Jack Reacher, is an untethered ex-military police officer/current wannabe wanderer.

Reacher (Alan Ritchson) arrives in Margrave, Georgia, to investigate the death of Blind Blake, a ragtime jazz musician who may have died there.

Reacher, a piece of music and history buff, stumbles across a once-in-a-lifetime chance encounter. After passing through an underpass that gives shade to a dead body, he is apprehended by the local police. A first in decades in Margrave.

Oscar Finlay (American Gangster’s Malcolm Goodwin) is Margrave’s Chief of Detectives. He is unconcerned about coincidences. Reacher, on the other hand, uses common reason, logic, and deadpan delivery to swat away any suggestion that he had anything to do with it.

Office Roscoe Conklin (Scream’s Willa Fitzgerald) is taken with him because of his deductive reasoning and kind eyes. When an accountant for the Kliner Foundation, Paul Hubble (Marc Bendavid), confesses, he is no longer under suspicion.

A unexpected revelation propels the storey and plot forward, making the murder mystery and the village of Margrave personal to Reacher. He’s also baffled by how the small community functions. The majority of small towns in the United States are dying.

This one boasts a new pavilion, freshly planted flower beds, and well-kept town square streets. Local companies appear to be thriving as well. In the entire town, there are no empty stores. The Kliner Foundation subsidises everything.

For those of you who have not yet the show, the official teaser is given below.

Alan Ritchson plays Jack Reacher in the film. Harvey Guillen (from What We Do in the Shadows) and Malcolm Goodwin (iZombie) round out the cast, with Willa Fitzgerald (The Goldfinch) playing officer Roscoe Conklin and Bruce McGill (My Cousin Vinny) playing Mayor Teale.

You’ll also see Jack Reacher as a toddler, implying that the drama would include flashback scenes at some point. Maxwell Jenkins portrays young ‘Reacher,’ who is most known for his role as Will Robinson in Netflix’s Lost In Space.