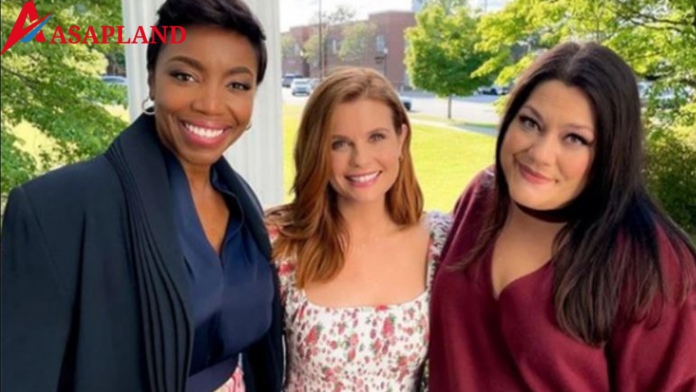 Sweet Magnolias hints for next season 3

In the concluding part, which commemorated the life and death of the beloved Miss Frances, the Magnolias were treated to a slew of surprises (Cindy Karr).

Maddie (JoAnna Garcia Swisher), Helen (Heather Headley), and Dana Sue (Brooke Elliott) paid tribute to their great friend’s demise with the unmistakable flair and loving manner she would have liked — but it wasn’t the only thing that happened in Serenity’s final episode.

Sheryl J. Anderson, Serenity’s showrunner, isn’t ready to reveal all of the show’s secrets just yet, but she tried her best to answer all of TVLine’s pressing concerns regarding the show’s twist-filled climax.

We have plenty of surprises to consider, from the mystery psycho who slashed Dana Sue’s tires to Ryan’s million-dollar proposal to Helen.

We haven’t even touched on the skeletons that emerged from Cal’s closet, including the possibility of a visit from a ghost from his past.

TVline also tapped the brains of JoAnna Garcia, Heather Headley, and Brooke Elliott to find out how they reacted to their characters’ biggest surprises in the game-changing finale.

Is Helen going to end up with Ryan?

Helen and Ryan eventually divorced because she desired a family while he did not. By the start of the second season, this has already happened, and we see her happily single again.

However, she finds out she’s pregnant (with Ryan) early in the season and decides to keep the baby without informing him – at least not yet. She’s thrilled with her choice, and it’s easy to see why given the amount of support she’s received from Serenity.

After a while we see Helen and Erik make the decision to pursue their love. They decide to make it sexless for the time being to avoid conflating emotions;

after all, Helen is still focused on the baby, and she doesn’t want her desire for a kid to become mixed up with her affections for Erik. Erik, on the other hand, has a tragic background of his own.

He’s an Atlanta-based former EMT who lost his wife and unborn kid when she had issues during her pregnancy, and he attempted to get her to the hospital. Erik believed he could do it faster than an ambulance, and he felt terrible about not being able to do it.

What Ryan possesses is the weight of history, as explained by Anderson. “What Erik has is the possibility of a new path. It was our plan to put her at that fork in the road and let her figure out where the two roads diverged.

To wrestle with two very different relationships and try to decide which one means more in a time of shock and surprise. This is why we want Season 3: to answer that question, as well as two or three more.”

In all honesty, we are really hoping that season 3 brings us more plot. Sweet Magnolias could probably be the most comforting series we will watch for a while.