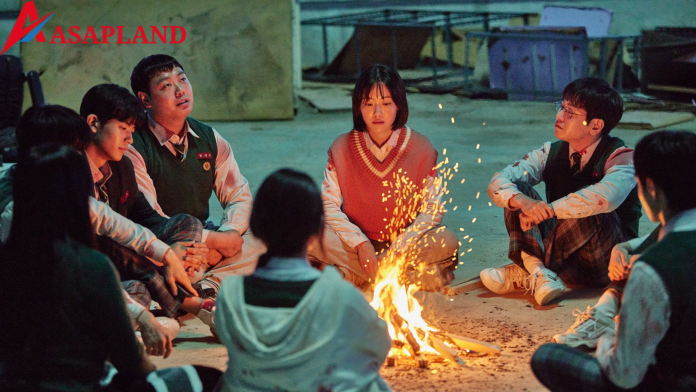 Everything About All Of Us Are Dead Season 2

Netflix’s latest Korean genre program, All of Us Are Dead, puts a horrific high-school twist on zombie fare like Kingdom and Train To Busan, following Squid Game, Hellbound, and The Silent Sea.

People allegedly devoured the show’s twelve hour-long episodes, propelling it to the top of Netflix charts throughout the world not long after its premiere on 28th January 2022.

All of Us Are Dead, like all of the shows mentioned above, is as addictive as it is well-made, so we’re sure you’re all excited for fresh episodes.

All Of Us Are Dead Release Date

A zombie outbreak in real-time is one of the terrifying on-screen scenarios. It’s never easy to watch a single illness develop rapidly and tear through a susceptible population.

“All of Us Are Dead,” the newest Netflix drama to tackle a large-scale disaster, makes its presence known in the first episode by methodically depicting the transformation of a school.

After an unintentional bite from a scientific lab test animal sets off an irreversible chain reaction, the massive Hyosan High School complex is thrown into turmoil in a single afternoon.

When is All Of Us Are Dead season 2 releasing?

The ending, which provides a comprehensive adaptation of the Webtoon (i.e. digital comic) on which the show is based, wraps up the plot very well from a narrative standpoint.

Despite the show’s massive success, Netflix has yet to confirm if All of Us Are Dead will be renewed for a second season.

If the show has the same staying power as Squid Game, which spent months in Netflix’s top ten, the temptation to make a sequel may become too much to bear. Keep an eye on it.

Who is returning in All Of Us Are Dead season 2?

It’s too early to determine who will return for a second installment, but several students could return. Fans are still waiting to learn what will happen to Lee Cheong-san (Chan-Young Yoon); therefore, he may not return.

He got bitten in the final episode and attempted to save the other members of the group by distracting the zombies. Cheong-san is seen lying with other zombies, coated in ash, indicating that he was killed.

The plot of All Of Us Are Dead season 2

All of Us Are Dead Season 1’s end scene suggests that the tale could be continued in a possible Season 2. As the young survivors approach the cliff from which Nam-ra leaped, their expressions change as they notice something off-camera. The audience is left guessing as to what the primary characters are viewing.

If the new All of Us are Dead is approved, Season 2 will likely focus on Nam-Ra’s background, but we may also witness the reappearance of the other survivors.

Even though their stories were completed by the end of the first season, we may see them embark on a new mission. New characters could be introduced in a future second season, playing an essential role in a new tale.

We are gladly waiting for a confirmation from Netflix about All Of Us Are Dead’s renewal. Even if the choice seems far from a direction, as the show just released last month. So, what are your thoughts on All Of Us Are Dead?