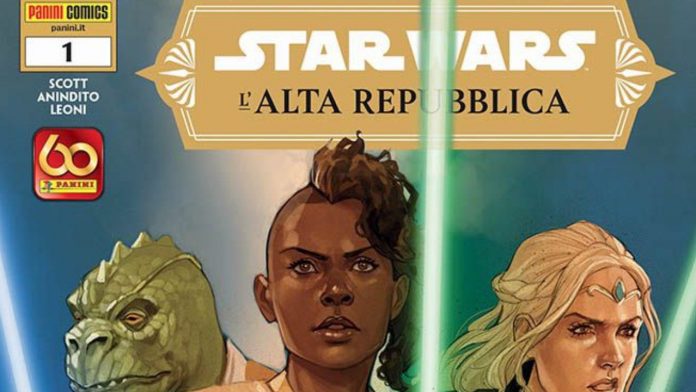 On Thursday 22 April a new era will begin for all Star Wars fans. Panini Comics has announced the arrival in Italy of the publishing universe of Star Wars: The High Republic, which will include the novels The Light of the Jedi and A Test of Courage and the first issue of the comic series set in the High Republic.

Through a press release, Panini Comics announced that the doors of the Upper Republic will open finally also in Italy. The publisher will bring to our country, starting from April 22, the golden age of the Jedi.

To celebrate this arrival, Panini Comics will launch its own Twitch TV channel with a special marathon of over 10 hours. Starting at 12 noon on Thursday 22nd, spectators will be taken on a journey into the era of the High Republic in a live broadcast that will present the Star Wars editorial plan, with insights which will be attended by numerous guests.

READ:  What Does SRT Stand For?

“In the era of the High Republic the Galaxy is at peace, ruled by the legendary Republic and protected by the wise Jedi Knights, in a time of great splendor. The stories presented in this cycle are set 200 years before the events of Episode I, an unexplored period of the Star Wars saga. There are three proposals that officially kick off the expected project: the novels The Light of the Jedi and A Test of Courage and the first issue of the comic series set in the High Republic, embellished with a variant cover created by Gabriele dell’Otto “.

Signed by Charles Soule, The Light of the Jedi it is the work that lays the foundations on which the entire cycle develops. Before the Empire, the Jedi lit the way to the galaxy in the era of the High Republic. But even the most blinding light can cast a shadow, and something very sinister is about to arise on the edge of the Republic’s borders.

READ:  'Godzilla vs Kong, But who is the real Villain?'

A Test of Courage, written by Justina Ireland, follows the story of Vernestra Rwoh, who became a Jedi Knight when she was only fifteen. His job is to protect 11-year-old genius Avon Starros on his way to the Starlight Beacon station.

The first volume of the comic by The High Republic, written by Cavan Scott and illustrated by Ario Anindito, with the colors of our local Annalisa Leoni, is dedicated to the golden age of the Jedi. The edition with the variant cover will have a price of five euros.