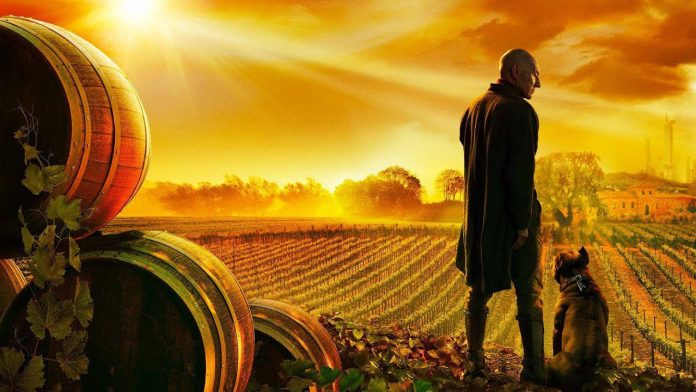 It is official. Star Trek: Picard is premiering on Paramonut+, and the date is near. You must have heard a bunch of announcements already. However, Picard is confirmed to come back on 3rd March 2022. What is better? The third season is already under production. We will also see characters from Trek’s other series make their debut in Picard. So, are we excited? Absolutely.

Brent Spiner, who played the role of Data in the first season, will come back for the second season of Picard. Besides, Annie Wersching will debut as the Borg Queen in the upcoming season and will shoot trouble for Picard, Seven of Nine, and the squad might face more Borg issues in the second season. Some leads of other Trek shows are going to debut in this season. These faces include Q, played by John de Lancie. Season 2 of Star Trek: Picard stars Patrick Stewart as Jean-Luc, as well as Alison Pill, Isa Briones, Evan Evagora, Michelle Hurd, Jeri Ryan, and Santiago Cabrera, who all return from Season 1.

READ:  Almost Happy Season 2: All the details everyone should know

The plot of Star Trek: Picard season 2 will follow the mishaps done by Q which happens to affect the future. The squad along with Picard have to now fix the past that was disrupted. Although we are not that surprised as it is likely to be something that Q would do. Matches his character after all. If things go as planned, we will see the loyal squad testing out a car of the 21st century, and also a Tuxedo Picard.

John De Lancie has a lot to say about his character Q. In an interview, De Lancie revealed that it wasn’t a big deal to get into the character of Q. He says that the guy is peculiar, annoying and self-obsessed. The traits are commonly present within Da Lancie as well, or so his wife suggests. John joked that the character he played wasn’t any better than himself. Looks like John does make a good appeal to his character Q, and his wife is significant proof for that.

READ:  Demon Slayer: Mitsuri, the Hashira of Love, will win you over in Alexy's cosplay

Q is one of the beloved characters from the Star Trek franchise. So, it makes sense why John De Lancie had his debut on the trailer of Star Trek: Picard season 2. The reveal was one of the most prominent things about the Picard season 2’ trailer. Patrick Stewart’s character started to meddle with a clock and wondered what it could bring about. That’s where we are disclosed to the fact that time has been disrupted.

Star Trek: Picard season 1 was a great spin-off show that was highly appreciated by the fans. Following the ten episodes of the first season, the return of Patrick Stewart’s character is magnificent. We also see some reunion time during the progress. Now that 2022 is bringing Star Trek: Picard season 2, we are highly anticipated and anxious at the same time. What will go down in season 2? We will see you on 3rd March 2022.