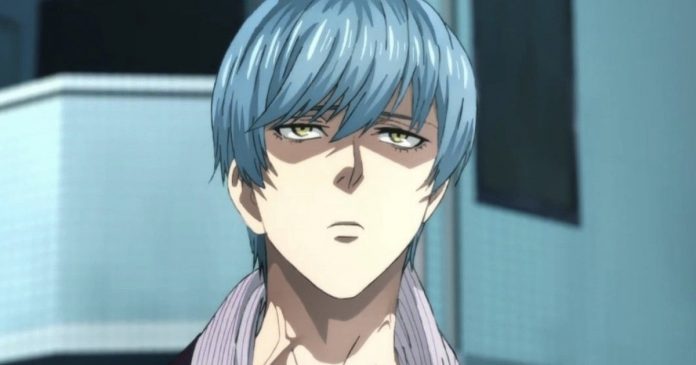 The notoriously vain hero Sweet Mask has suffered some major injuries in the latest chapter of One Punch Man, and it is far from certain whether he will be able to return. As a rank 1 A-class hero, he was one of the few heroes involved in the Monster Association raid below S-Class, aside from Saitama and Fubuki.

He even berated the assembled S-Class heroes for their lack of cohesion, despite his own sometimes questionable behavior in the past. But Sweet Mask suffered a stark reminder of how big the gap between Class A and Class S can be in her confrontation with Fuhrer Ugly in the manga.

Who is Fuhrer Ugly in One Punch Man?

Fuhrer UglyHe is one of the Dragon Level monsters that managed to survive Tatsumaki’s devastating attack in the previous chapter, he is a grotesque looking humanoid with a chip on his shoulder. Needless to say, he was only enraged by Sweet Mask’s famous appearance and dedication to beauty and quickly turned his attention to the hero.

It turns out that Sweet Mask’s dedication to beauty goes both ways – he’s as disgusted by ugliness as he is attracted to beauty. Paralyzed with horror at the sight of Fuhrer Ugly, Sweet Mask became an easy target for his signature move, the Face Crushing Punch.

The attack lived up to its name, and Sweet Mask’s head collapsed. Later, they almost split it in half, all while Child Emperor and a seriously injured Zombieman, two S-Class heroes, were forced to watch.

Fortunately for the latter two, a fight between monsters broke out before any torture could be directed towards them, but their safety is still far from assured. While these brutal injuries would undoubtedly kill an ordinary human, Sweet Mask has shown some regenerative abilities in the past.

The Truth News reminds you that Sweet Mask was quickly healed from the damage that Do-S inflicted on her face during his fight with her. It’s hard to imagine that he’ll be on his feet anytime soon though, as even Zombieman’s incredible regeneration hasn’t been able to keep up with the damage these monsters have dealt.

The full extent of Sweet Mask’s regeneration is unknown; Even if you can survive this kind of massive damage, there is no way to be sure that you will make a full recovery. Given the gruesome nature of the attack, you should consider yourself lucky to have gotten out, even if you are crippled or disfigured as a result.

The new chapters of One Punch Man are released on an irregular basis, but since the next chapter is already available in Japan, fans may not have to wait much longer for the next installment. VIZ Media, Shonen Jump and MANGA Plus have available the ONE series Y Yusuke Murata.