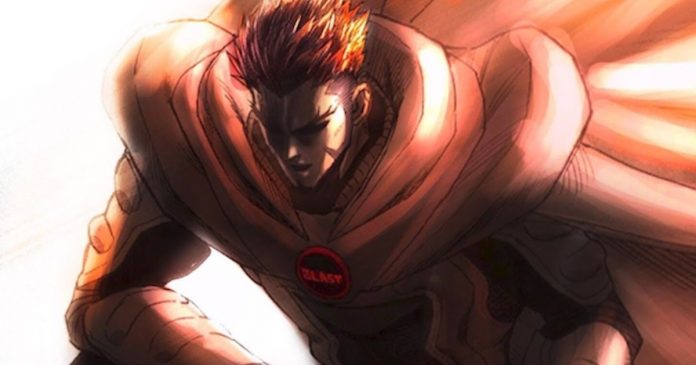 Since the manga series first appeared One Punch Man, Blast’s figure had never been shown at all. It was only in Chapter 139 that we really got to see what it’s like Blast. As we know, Blast is the number one hero of the entire ranking system.

His position is above Tatsumaki and also King, who are in second and third position. Today in The Truth News We bring you a list of characters who met and experienced the devastating power of Blast.

1. Leader of the Ninja Village

The ninja village is home to Sonic and Flashy Flash. They both trained from childhood to become the best assassins and ninjas in One Punch Man. And the most powerful figure in town is the founder, whose name is unknown.

In the web version of the comic story, it is known that this ruthless and brutal Ninja Village Leader fought Blast and lost. Not only did he lose, he was even in a coma for a long time.

READ:  When will the Netflix Original Series "Kingdom" Season 3 Premiere?

He saw how Blast destroyed his village with his strength. Sonic himself survived Blast’s attack, but this terrible sad moment is said to be the beginning of why Sonic is often cold and rude.

As we have mentioned in other notes, the Elder Centipede is one of the monsters with dragon threat level. Based on the threat level, we can see that this monster is a terrible and very dangerous monster.

Even the three S-class heroes, Bang, Bomb, and Genos, were unable to defeat the Elder Centipede. Only after Saitama appeared was the monster successfully destroyed.

In fact, this monster had fought Blast for several years before Saitama destroyed it. The battle was quite fierce, so much so that Blast almost managed to defeat him. However, the Elder Centipede managed to escape Blast’s latest attack.

In chapter 135 of Yusuke Murata’s version, it is said that one of the S-class heroes, Amai Mask, also met Blast in his past. This is shown in a flashback moment when facing an extraordinary attack from Psykos.

At that moment, it was shown that Blast defeated a monster in an instant that was causing trouble for Amai Mask. After this incident, Amai Mask was motivated to become a strong and extraordinary hero.

The appearance of Blast surprised Flashy Flash, where he did not believe that the figure was Blast. Flashy Flash, with his attack speed, tries to test the mysterious figure that appears. However, Blast easily stopped the attack.