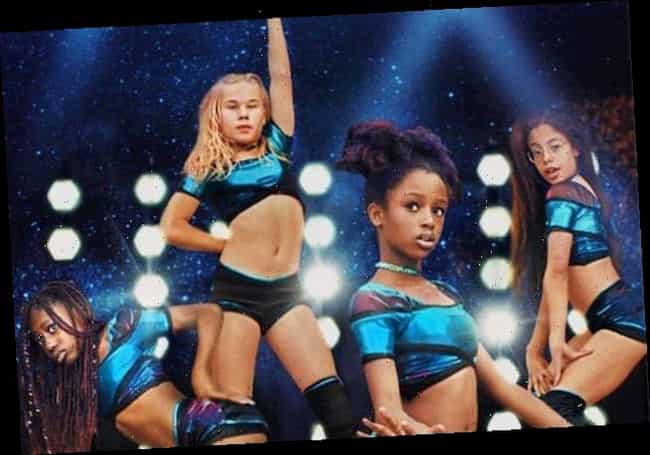 Many people find it a little surprising as Netflix, the streaming giant did an apology for a poster of its an upcoming french drama “Cuties”.

“Cuties”, a French coming of age drama film was the one that Netflix did pick after its debut at Sundance earlier this year. This amazing and dramatic movie is scheduled to be out in the US, not before 9 September. But, viewers and fans have been already feeling the chills. Netflix, the streaming giant which is going to be the streaming service to launch “Cuties”, did an apology. The apology was for an inappropriate poster that conveys an incorrect message.

That is why, on Thursday, the popularity of the movie gets a sudden hike with a firestorm of controversy. It is because the streaming service apologizes, updates, and promotes the upcoming french drama film. You can have a look at what the streaming giant apologizes for and how.

“We’re deeply sorry for the inappropriate artwork that we used for Mignonnes / Cuties,” reads the statement, shared on Twitter. (Mignonnes is the original French title of the film.) “It was not OK, nor was it representative of this French film which won an award at Sundance.”

We're deeply sorry for the inappropriate artwork that we used for Mignonnes/Cuties. It was not OK, nor was it representative of this French film which won an award at Sundance. We’ve now updated the pictures and description.

Surely, Netflix did decline to comment further publicly when Mashable tries to reach it again. It is somewhat surprising to get an apology from one of the largest streaming services. But Netflix feels no fear of apologizing for the mistake of describing the poster of “Cuties” inappropriately.

READ:  Living with Yourself Season 2- Everything you want to know

The blowback was for the four preteen girls who are posing in dance costumes. The dance costumes consist of belly shirts and short shorts which is somewhat not appropriate. The original plot summary has a description that you can read below.

The prior description for this french drama film states, “Amy, 11, becomes fascinated with a twerking dance crew. Hoping to join them, she starts to explore her femininity, defying her family’s traditions.”

While the updated description of “Cuties” now states,  “Eleven-year-old Amy starts to rebel against her conservative family’s traditions when she becomes fascinated with a free-spirited dance crew.”

There was such a huge campaign that demands the removal of the film from the streaming service entirely. It was totally slammed online and many people were calling for the same.  Although, most people are currently knowing about the campaign. There are so many people who did sign on the petition digitally for the protest against the French film.

READ:  Resident Evil Village will have role-playing and hunting elements to improve our attributes

One Change.org was the campaign in which over 180,000 signatures were accusing “Cuties” to promote child pornography. Another campaign was accusing the movie to sexualize an 11-year old for the viewing pleasure of pedophiles with more than 100,000 signatures. That is why releasing the movie was becoming such a large issue and so Netflix did apologize to the movie for inappropriate description and poster representation. Netflix, the streaming giants also provides all the promotional materials to the French drama film “Cuties” or “Mignonnes”. The film has a French Senegalese woman directing it. Viewers are still waiting to watch if the movie is indeed promoting such indecency.