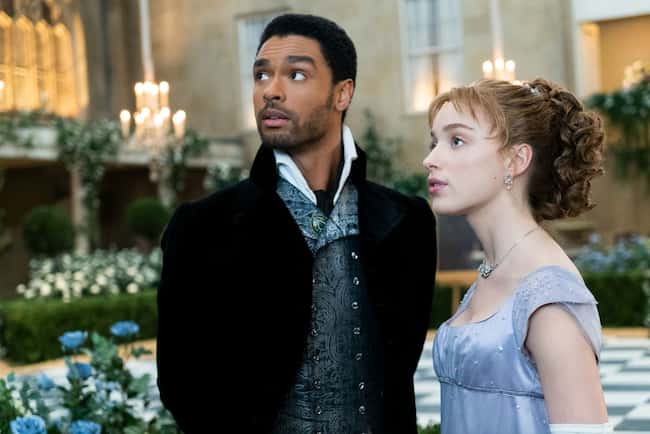 Bridgerton, the popular Netflix comedy, will return in March 2022 for a second season. The Bridgertons, a Regency-era family of siblings, are navigating high society London’s “season” and vying for suitable matches with other members of the tonne in the series.

The Netflix series is based on Julia Quinn’s Bridgerton books and was created by Chris van Dusen and produced by Shonda Rhimes.

The first season featured Daphne Bridgerton (Phoebe Dynevor), the family’s eldest daughter, as she prepared to be presented to society as a debutante. Her romance aided the drama’s popularity with Simon, Duke of Hastings, played by Regé-Jean Page.

Netflix and Shondaland teamed up to disclose the season 2 premiere date on the first anniversary of the show’s debut. On March 25, 2022, the film will be released.

Jonathan Bailey, Simone Ashley, Adjoa Andoh, Golda Rosheuvel, Luke Newton, Claudia Jessie, and Charithra Chandra all made appearances at the event, although none of them wore empire-waist gowns.

Who are the new faces in Bridgerton season 2?

READ:  What Color Does Purple And Blue Make?

We are pleased to know that Bridgerton is bringing a second season with talented new faces. In all honesty, it would be great to watch what the characters have to serve the audience.